Fungus species and their host plants under conditions of climate change 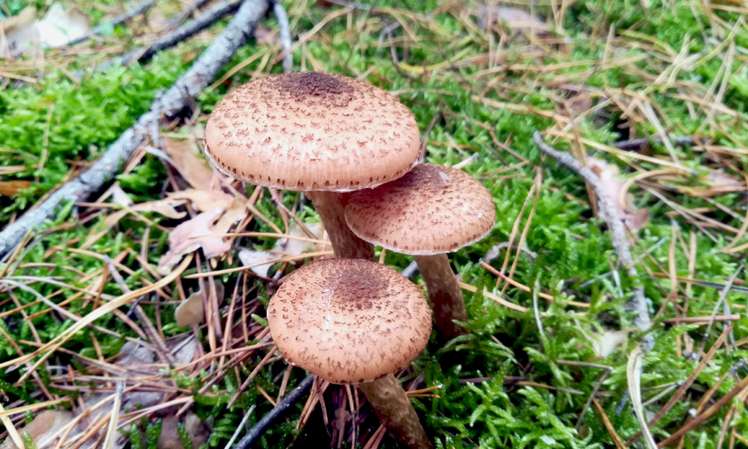 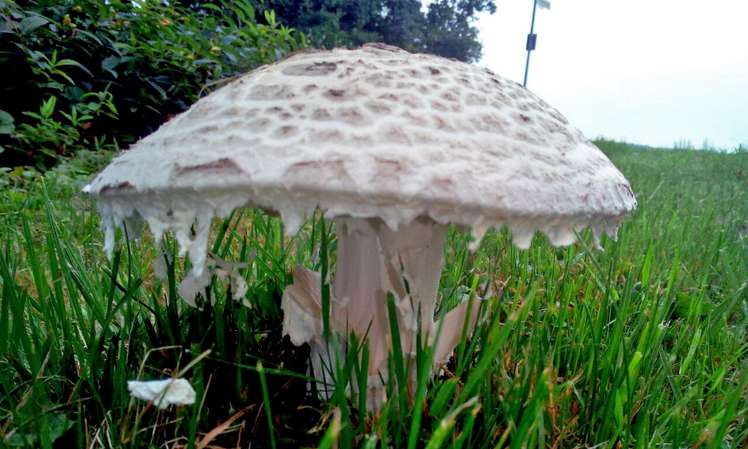 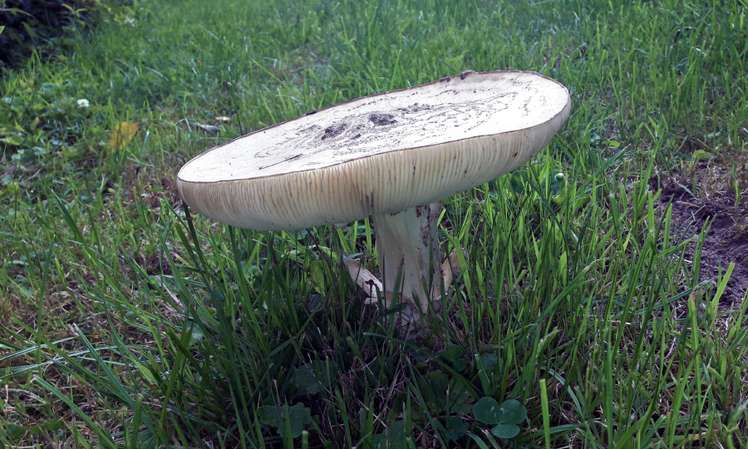 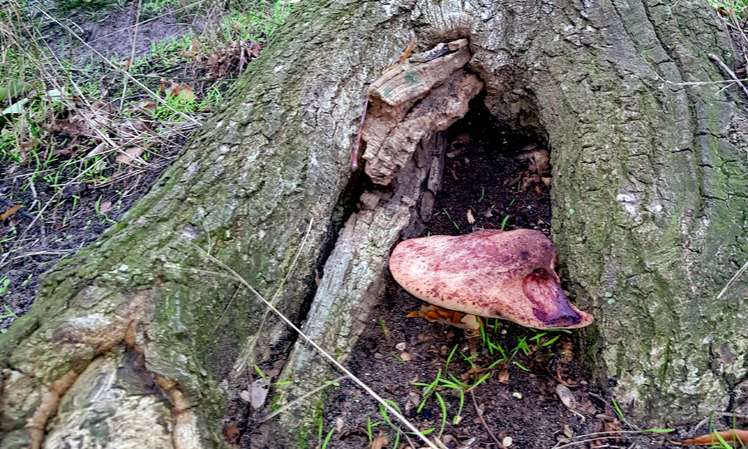 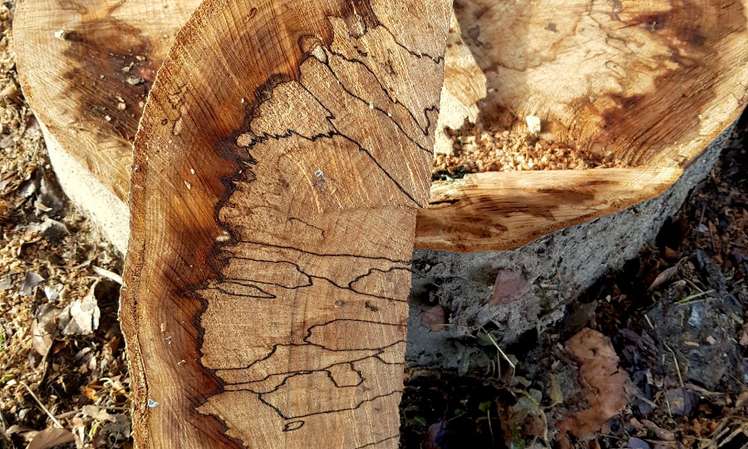 In many regions of Germany the growing frequency of extreme weather events such as prolonged drought periods, heavy rainfall and storm have left their publicly visible marks in forest ecosystems. Several of kinds of damage, caused by storm, by bark beetles or by invasive species, are visible to forest managers, vegetation experts, mushroom pickers or strollers during their inventories and walks. Already now they exert a strong pressure to adjust forest management and climate policy practices.

While environmental factors change in the course of climate change, both symbiotic mycorrhizal and plant-pathogenic fungi may influence the composition of forest and meadow communities. Additionally, imported invasive fungus species (neomycetes) as forest-pathogenic, harmful fungi, such as Hymenoscyphus fraxineus, which causes ash dieback and, as far as we currently know, has been imported to Europe from East Asia, are spreading across Central Europe. The infected trees are then frequently infested with secondary parasites such as honey fungus and, as a consequence, die soon after.

Fungi interact with their host plants in a site and plant community composition dependent manner. In this context it can be foreseen that in the future the structures of symbiotic species of forest and meadow ecosystems will be exposed to a number of of emerging factors, such as prolonged drought stress and a variety of harmful organisms including the above mentioned neomycetes. In this context, in particular three aspects deserve closer attention.

An urgent topic in fungal research is, how resilient antagonists of parasitic fungi can be identified and cultivated or enriched to limit plant disease. In this context, research asks about so called “antagonistic effects” that native weak parasites exert on the invasive fungal species and the survival rate of infested trees. Such is the case with Fusarium circinatum, a neomycete which infests pines and has been imported to Europe from Central America.

Furthermore, it should be noted that the decline of a certain tree species due to being infested with parasites may come along with the decline of non-parasitic edible mushrooms associated with this tree species. For example, in chalk-rich sites the above mentioned ash trees are frequently also associated with the common morel (Morchella Esculenta) – a very tasty edible mushroom.

Another very relevant aspect is the effect of long-term drought stress on the functioning oft he various kinds of mycorrhizas, i. e. the way, the extent and the mechanisms of allocating sugars tot he fungus as well as the efficiency of nutrient uptake by the host plants.

Sometimes are these host-symbiont relationships flexible, and under conditions of drought stress the host plant adjusts its water balance as well as selects drought-resistant individuals. In other cases it becomes obvious that the composition of tree species and thus also of associated fungal symbionts changes in a permanent manner.

In the case of the devastating plant disease ash dieback, several EU states already run large-scale cultivation programmes for the identification, selection and reproduction of highly resistant species, to make use of them for establishing plantations for genetically engineered trees, in particular to compensate for the loss of vulnerable young trees.

In the following, we would like to give an illustrative and comprehensive overview of where currently partial shifts and permanent changes of the interaction of wild mushrooms with their each respective plant communities under climate change.

This is also meant for stimulating citizen science as well as the monitoring of the mushroom population (“mycological monitoring”). In our opinion, the focus should increasingly be on changes of the composition of species and cross-species interactions between plant communities and fungi taking place in the course of climate change.

Climate models assume that in Germany not only a rise of the average temperature must be expected but also longer drought periods as well as heavy rainfall during the growing season. Most recently, many studies indicate changes of the variety and frequency of living soil organisms in the context of climate change. Like animals and plants, also mushroom communities have already changed as a result of climate change.

Due to climate change, changes of the growth of mushrooms in spring and autumn have already become visible. The mushroom season starts earlier, and the autumn season may be delayed or extended. This can be observed also in Germany, however this extension of the wild mushroom season is most visible in Great Britain or Western North Europe.

However, each year this general trend may be eclipsed or modified due to changing soil humidity. For example, warm and dry summers result in a delay of the growth of mushrooms. As observed in 2019, a longer drought may still be followed by a good year for mushrooms if there are heavy rains in autumn. The amount of mushrooms is different according to the extent of rainfall. Particularly in the Mediterranean harsh losses of edible mushrooms have been recorded, e. g. the cultivation of truffles has been affected by rising temperature and drought.

Some kinds of mushrooms, such as certain variations of Black Stem Rust – such as Puccinia graminis f. tritici – are immediately stimulated by rising temperature, and their growth periods and virulence are increased by rising temperature. Black Stem Rust infests grain and proves to be highly adaptable to changed environmental conditions and host varieties. It even adapts to the cultivation of rust resistant varieties by developing novel forms.

Strongly infective populations of this fungus form at warm temperatures and moderately dry conditions; for instance in the continental regions of Germany such populations of Black Stem Rust are frequently found. This thermophile pathogen cannot be halted by altered cultivation practices, and this is why Black Stem Rust is a serious problem for organic agriculture. Its further spread, more frequent occurrence as well as its changing relation to its host plants must thus have top priority.

The rising temperature caused by the anthropogenic emission of greenhouse gases as well as the share of carbon dioxide in the air potentially increase the growth of plants. Furthermore, global analyses indicate that in a warmer world the damage caused by insects and pathogens will generally increase. This refers to interactions between climate change, in particular droughts, insects and mushrooms, which in the decades to come will probably become more significant all over the world.

Plants stressed by a lack of water and high temperature have no carbon reserves to run their secondary metabolism, which is important for resistance processes, or to retain energy for other defence measures. As a consequence, affected trees are infested by insects and their secondary associates such as the bark beetle and the associated plant-parasitic fungi. The insects overwhelm the defence systems of the trees and make them vulnerable to plant-pathogenic fungi, so that the fungi may settle in the sapwood and seal it.

Onsets of tree-pathogen Armillaria species (e. g. honey fungus) caused by drought are an indication how drought stress increases the vulnerability of trees. Climate change results in an increasing activity of the mycelium and stimulates the growth rates of of mycelial cords in the soil, thus increasing the numbers of infection sites. Well-known among mushroom pickers, these mycelial cords appear similar than roots and serve for rapid extension and transport of resources. In this way, honey fungus may infest the root systems of several kinds of trees and it even grows into the tree trunk. The rhizome systems of the various kinds of honey fungus may become very large and one hoeny fungus individual can infect several trees.

Furthermore, the hot summers of 2018 and 2019 produced a number of reports about a certain parasite on maple trees. The parasite in question is the Cryptostroma corticale fungus which causes the maple sooty bark disease. Of advantage for this mushroom´s appearance and growth are dry and warm summers, in the context of which a lack of water makes the maple trees vulnerable. The spores of Cryptostroma corticale are produced in masses and cause allergic reactions in humans.

For some fungal species in Germany, there are indications that they might benefit from a warmer climate or that this might support the spread of currently local populations.

In recent years the edible warted amanita (Amanita strobiliformis), which is on the Red List of threatened species and is thus protected in Germany, has frequently appeared at sites where up to then it had not been expected. It would be overhasty to consider it a species indicating the progress of climate change, but should its more frequent appearance continue in the coming years, its spread would be a strong indication of a general and lasting shift of the habitat factors of fungus micro-organisms in Germany.

Other species which are rather rare in Central Europe, such as the, also edible, beefsteak fungus (fistulina hepatica) – also known as the “poor man's beefsteak” in the English-speaking countries – seem to develop into a serious forest pest in sweet chestnut plantations as a result of the rise of the average temperature, and also in Germany it seems to increasingly fructify at oak trees in dry years.

Here we would like to call on interested laypeople, amateur mycologists and mushroom pickers to document – in writing or by way of photography – these or similar observations during their strolls through nature – over a couple of years, if possible – and to put them up for discussion in the relevant fora of mycological associations.

In this context and when it comes to the support of projects, co-design and data analysis, the establishment of citizen science exchange sites as well as the consolidation and validation of findings by committed citizens should in principle be closely accompanied by the community of mycology scientists, to allow for a pooling of knowledge accumulation in this field. After all, all of us may contribute to a better understanding of the change of terrestrial ecosystems around us in the course of climate change. This way we are going to improve our knowledge, which will allow for purposefully adjusting forest management and the protection of biodiversity. In the future the further extension of a deeper understanding of the interactions between fungus micro-organisms and forest ecosystems will be indispensable more than ever.

Forum of the German Society for Mycology e.V.

Text, photos and graphics unless otherwise noted are under license of: eskp.de | CC BY 4.0
eskp.de | Earth System Knowledge Platform – knowledge of eight research centres of the Helmholtz-Association. 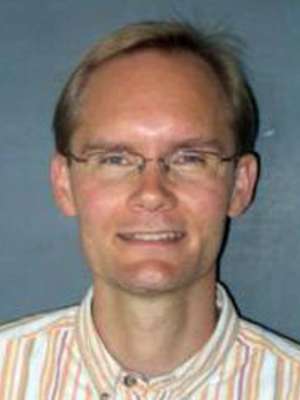 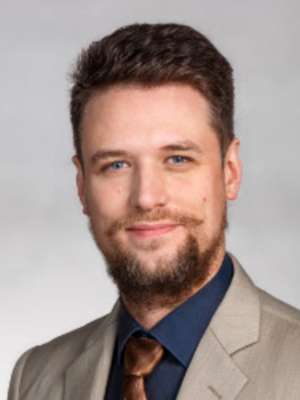