Dry and Cold: The Search for Life on Mars

The question whether there is or has been life on Mars is unclear. Research is undertaking another attempt to find out.

Is there life on Mars? And has there has been life on Mars? The question is back on and the major space agencies, NASA and ESA, want to find out. The likely answer to these questions has been bouncing back and forth ranging from “no chance” to “very likely” throughout the last decades.

The possibility of life on Mars has always occupied some of the brightest minds on our planet. Early on, around the start of the 20th century Percival Lowell thought he saw canals on Mars, artificial constructions, that he envisioned were build by an alien intelligence. However, when the first spacecrafts flew by Mars, more than 60 years later, the outlook was bleak: no canals, no vegetation, no sign of any life, but a landscape not very much different from our Moon. As it looked, Mars is a dead rock in space.

However, later spacecrafts allowed a more thorough evaluation and upon a closer look, landscapes were discovered that were carved by running water. Erosions rims were discovered that could represent ancient shorelines and some of the many asteroids that impacted on Mars were clearly hitting water-rich areas. NASA wanted to know for sure and so sent the two Viking spacecrafts to Mars, consisting of an orbiter and lander each. The lander had three experiments on board and a GC-MS (gas chromatograph mass spectrometer) to resolve the question whether there is life on Mars. These experiments remain to date the only life detection experiments ever conducted on another planetary body.

The Viking payload was tested in some of the Earth´s harshest environments such as the Atacama Desert in Chile and the Dry Valleys of Antarctica to see whether the chosen experiments could detect life in these desolate regions.  A schedule of rigorous testing was undertaken to make sure that any results coming back from Mars could be interpreted correctly.

Nevertheless, when the first results came back from the landers, the scientists were puzzled. The results indicated life, yet many of the results were contradictory. The experiment mostly hinting toward life was the Labelled Release (LR) Experiment, which was designed to show microbial metabolism on Mars upon inoculation of a soil sample with an aqueous nutrient solution. The LR results were overall positive.

The Pyrolytic Release (PR) Experiment was designed to evaluate whether autotrophic life may be present on Mars by testing the potential of organic synthesis when supplying radioactive carbon in a gas form to the soil samples.  Autotrophic life feeds exclusively on inorganic substances. One example of an autotrophic life process on Earth is photosynthesis.  The results of the PR experiment were clearly positive in one case, but negative in the other attempts.

The third experiment, the Gas Exchange Experiment indicated a release of gases when supplying the Martian soil with organic and inorganic nutrients, but more consistent with inorganic reactions. Since the gas chromatograph mass spectrometer did not detect any organics – only trace organics that were thought to be contamination brought in from Earth – the majority of scientists became to believe that the result of the conducted life detection experiments was negative. Gerald Soffen, project scientist at the time, summarized the findings as “No bodies, no life”, referring to the lack of organics that would have to be present in order for interpreting the results to be consistent with life.

Yet, this interpretation was somewhat unsatisfactory because (1) the Viking experiments did not discover organic compounds in some Earth analog environments either – although we knew life was there when using methodologies with lower detection limits, and (2) we know that there exist organic compounds on Mars deriving from the infall from comets and asteroids and because scientists detected organic compounds in meteorites that came from Mars.

One of these meteorites, the potato-sized Martian meteorite ALH 84001 made a huge impact so to speak, not based on the size of the crater it produced, but on the scientific community and broader public. ALH84001 was discovered in 1984 in the Alan Hills area of Antarctica. As President Bill Clinton put it in a famous NASA press conference hosted by the White House “Today, rock 84001 speaks to us across all those billions of years and millions of miles. It speaks of the possibility of life.”

It was clear that the rock came from Mars, because of its trace gas composition that matched the Martian atmosphere based on measurements taken by the Viking landers. ALH 84001 was excavated from an apparently ground-water soaked area on Mars 3.6 billon years ago before it landed on Earth about 13,000 years ago. Since it landed no contamination creeped in and the organic compounds found within the rock were considered indigenous to Mars. When a group of scientists analyzed this rock, they claimed that they put together a list of indicators within the rock that were consistent with life. Most convincing were pure magnetite crystals that were later revealed to line up as magnetic chains characteristic of magnetotactic bacteria. Magnetotactic bacteria orientate themselves by the magnetic field during movement.  Also, reducing and oxidizing regions within the rock were found typical for microbial activity. Yet, opposition to the life interpretation of this meteorite rose fast and furious as inorganic processes were found to explain many observations consistent with the life interpretation.  Until today it remains controversial whether the structures and chemistry observed in ALH 84001 are of biological nature or not – and the scientific community is split similarly as to with the Viking results. However, ALH84001 moved NASA establishing the NASA Astrobiology Institute to go to the bottom of this controversy and more generally search for habitable planets and life in the Universe.

After Viking NASA´s mission focused to search for water on Mars as a necessary ingredient for life. While progress was incremental and missions to Mars lifted off in wider time intervals and being less spectacular, it refined our understanding of the environmental conditions on Mars, particularly on early Mars. The picture emerged that early Mars was not all that different from Earth, with having even oceans and lakes on its surface. Mars was cold and wet in its early history, much colder than Earth, but the dissolved salts within the water must have kept liquid the large water bodies on its surface.

Subsequent missions also started to address the question of organic compounds on Mars. It became clear that organics are there and were there, but in chlorinated form due to strong oxidizing chemical compounds such as perchlorate, discovered first by the Mars Phoenix lander. One of the new insights was that the discovered trace compounds by the Viking landers were likely indigenous Martian organics as well and did not derive from contamination. One might wonder how Gerald Soffen and other scientists would have interpreted the Viking life detection experiments if they would have known at that time. On the other side, it also became clear how much UV and ionic radiation the Martian surface and near-surface has to endure, so how could possibly life exist there?

Yet, NASA moved forward from its mantra looking for water to looking for organic compounds when searching for life on Mars. The first mission designed to search for organics was the Curiosity Rover launched in 2011. It discovered a whole slew of organic compounds, many of them sulfur-rich organics, called thiophenes. Scientists, including one project from our research group, outlined both possible biogenic and abiogenic formation pathways of the thiophenes.

Meanwhile research also continued on Earth in Mars-analog environments, especially in areas where perchlorates and other mineral and chemical compounds are present that the rovers, landers, and orbiters found on Mars. Earth analog studies continued as well with another research project finding still transitory microbial habitats in the driest areas of the Atacama Desert, where yearly rainfalls are below 2 mm per year. In these areas there are also salt rocks which host microbial life that takes its life-sustaining water directly from the atmosphere. Certain microbes are able to do this with the help of hygroscopic minerals such as sodium chloride using a physical process called deliquescence. During that process sufficient water is absorbed from the atmosphere that it is forming a very briny aqueous solution. This type of adaptation would also be very useful for putative microbes on Mars to obtain critically important water from the atmosphere. Ground frost and fog has been observed with the Viking landers, meaning that the relative humidity is at least temporarily high enough for deliquescence in certain regions on Mars.

So, where are we standing now? Two ambitious Mars missions were supposed to blast off into space this year. The first one being NASA´s Mars 2020 mission, which is still scheduled for lift-off in July of this year. The mission includes a drill which is designed to collect soil samples and set them aside in a “cache” on Mars for future return of these samples to Earth. The Mars 2020 mission is also the first mission to utilize a Raman spectrometer to detect organic compound on Mars. The second and even more exciting mission is ESA´s ExoMars mission, specifically the second part of that mission consisting of the Rosalind Franklin rover, which was supposed to lift off this year as well but has now been postponed until 2022. The goal of that mission includes searching for signs of past life on Mars. The rover will have a 2-meter core drill and also carries the Mars Organic Molecule Analyzer (MOMA), which is a mass spectrometer-based instrument that can detect organic compounds at concentrations as low as 10 parts per billion. It is hoped it will detect biosignatures – evidence for past life on Mars. Thus, it comes closest to a life detection experiment since the two Viking landers touched down on the surface of Mars in the late 1970s.

Maybe this time we will have decisive finds settling the question whether there is life on Mars. If a positive detection is made, we would have finally an answer to the ancient philosophical question of humankind: are we alone in the Universe?

Webseite of the Research Group Astrobiology at the TU Berlin 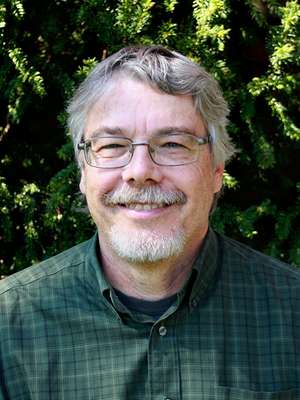