Hurricanes, typhoons and cyclones are strong rotating storm systems occurring in the tropics with 1-min maximum sustained wind speeds of more than 119 km/h. 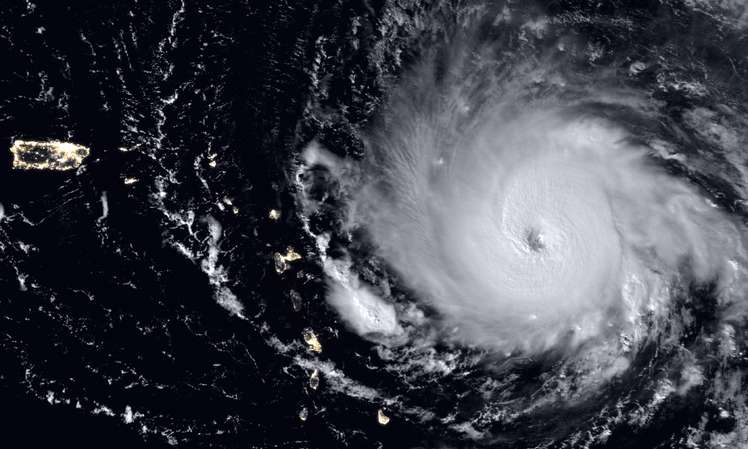 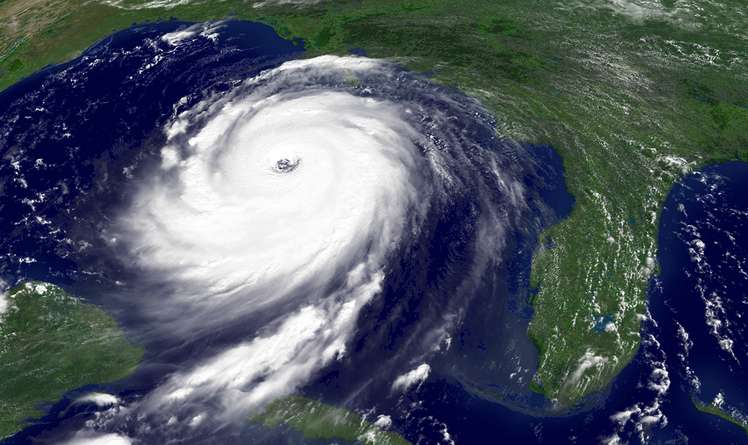 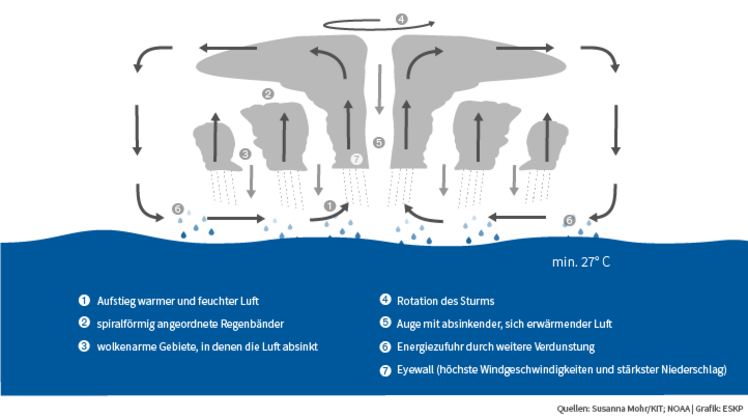 These storms take their large amounts of energy from latent heat release of moist air masses over the warm tropical and sub-tropical oceans and form primarily in late summer and autumn, when sea surface temperature is highest. According to the 1-min sustained wind speed v, these storms pass through different stages until they reached the status of a tropical cyclone (TC):

The classification of TCs is based on the Saffir-Simpson-Scale. This scale is divided into five categories, of which the highest rating notes wind speeds of over 251 km/h.

The starting point for a tropical cyclone is a large-scale disturbance of the atmosphere leading to the formation of a thunderstorm cluster. Such systems often develop by flow convergence of an westward moving wave in the lower troposphere (ca. 3 km), the so-called “African Easterly Waves”. While about 60% of all tropical storms and weaker hurricanes (categories 1 and 2) emerge from Easterly Waves, almost 85% of severe hurricanes develop from these systems (Landsea, 1993).

Given a prevailing large-scale thunderstorm cluster, a TC may form if the following necessary conditions are fulfilled:

1.    Tropical cyclones are triggered and maintained by the release of latent heat of condensation; since the moisture content is controlled by the evaporation, the sea surface temperature has to be at least 26°C down to a depth of about 50 to 60 m (Fig. 1).

2.    For the development and preservation of deep moist convection, the atmosphere has to be unstably stratified.
3.    In the initial stage of a TC, the Coriolis force (deflection force due to earth’s rotation) is decisive to trigger the rotational movement of the system. Since the Coriolis force is equal to zero directly at the equator, tropical cyclones can only develop 3 to 5° north or south of the equator (see Figure 2).
4.    Weak winds aloft or low wind shear of less than 10 m/s are required to uphold the vertical circulation.

The storm tracks are determined mainly by the flow at mid-tropospheric levels (~5 km). This is why most hurricanes in the northern Atlantic move along with the trade winds in westerly directions at the beginning. Due to the Coriolis force which is stronger on the northern side, and depending on the location of the subtropical high pressure area, the tracks usually receive a component in northern direction..    Finally, the TCs often reach the Westerlies, which force the storms onto a north-eastern path.

TCs have a spatial extension of around 500 km in the mean, thus have a lower spatial scale compared to extra-tropical storms. In the center of such a rotational storm lies the “eye” – a cloud-free zone with calm winds that can reach a diameter of more than 50 km.  Within the eye, the air descends, thereby warming adiabatically and diverging radially. This is the reason for the very low pressure of TC. The eye is bounded by the rainband of the so-called “Eyewall”, where the highest wind speeds and precipitation totals are reached. Rainbands occur in a spiral pattern around the center, in which warm, humid air masses ascend. The rainbands are separated from each other through areas with few clouds due to descending air. This pattern is often clearly visible in satellite pictures.

When a TC makes landfall, the storm cannot draw sufficient amounts of moisture or energy, thus beginning to dissipate. If the storm moves even further north, it can change from a tropical cyclone into an extratropical low pressure system (extratropical transition; ET). Such former TCs may have a devastating impact in Europe due to high wind speeds and heavy precipitation. In addition, an ET often substantially reduces the prediction skill of numerical weather prediction models.

Tropical cyclones pose a significant threat for areas along their storm path, especially for coastal areas, but also for ships and supply industry such as oil rigs. Over the ocean, very high wind speeds may produce extreme wave heights of more than 10 meters. During hurricane Katrina at the end of August 2005, waves in the Gulf of Mexico reached up to over 15 m. When reaching the coast, the waves steepen even more, making heights in excess of 10 m possible. This applies mainly for Deltas such as Bangladesh or New Orleans. Over land surfaces, most of the damage is related to flooding or landslides caused by extreme precipitation. A The24-hour precipitation world record was also caused by a TC: On Reunion, located in the Indian Ocean, 1870 mm of rain fell on March 15/16th 1952 within 24 hours. For comparison: the average annual precipitation in Magdeburg (Germany) only reaches 494 mm.

Hurricane Katrina was one of the recent disastrous TC in the USA (category 5), which flooded large parts of New Orleans. Although Katrina was a very extreme tropical cyclone (wind gusts of over 343 km/h,  heavy precipitation of over 400 mm in 24 h), the catastrophic crisis management needs to be made at least partially responsible for the massive amount of damage (damage of 100 billion €; more than 1800 fatalities). In 2012, hurricane Sandy led to severe destruction especially along the East Coast of the USA and caused direct economic losses of more than 50 billion UD$. In the Indian Ocean, cyclone Nargis in Myanmar in 2008 destroyed thousands of houses, and numerous villages were completely flooded. The number of fatalities is estimated at 138 000, making Nargis to one of the most fatal TCs in t recent decades.