Ozone loss in the Arctic stratosphere

Thirty years ago, the ozone hole was discovered which forms every winter and spring over the Antarctic continent. Meanwhile, the processes causing this ozone loss are well understood. Athropogenic emissions of chlorofluorocarbons (CFCs) did yield the release of chlorine compounds, which are able to catalytically destroy ozone. One important step in this mechanism is the so-called chlorine activation on stratospheric particles, a process that needs low temperatures below about -80 °C.  One consequence of the ozone loss is the increase of UV radiation which enhances the risk of sunburn and skin cancer for humans, but also has consequences for other ecosystems.
The chlorine-catalyzed ozone loss also takes place in the Arctic spring, however, it is less developed in the northern hemisphere due to the generally warmer temperatures.  Also, the Arctic ozone loss has a strong inter-annual variability. In the year 2011, stratospheric temperatures were very low, which caused the strongest Arctic ozone loss until present.

Within the project of the Earth System Knowledge Platform (ESKP), Forschungszentrum Jülich developed a web page, that does show the Arctic ozone loss of the current year in comparison with earlier years.  In particular, the page shows:

This winter 2019/2020 we will again see significant ozone losses in the Arctic stratosphere. These losses are considerably greater than in previous years. The reasons for this are the particularly low temperatures in the stratosphere and a stable polar vortex. Calculations by Dr. Jens-Uwe Grooß from the Jülich Institute of Stratospheric Research using the CLaMS model show that at the beginning of March, the ozone content in the upper layer of the atmosphere decreased by more than 18 percent.

The reason for the above-average ozone losses - but the researchers do not speak of an ozone hole - is chlorine chemistry: the gas contributes significantly to the reduction of ozone in the atmosphere. Although international agreements have been very successful in stopping the production of chlorofluorocarbons (CFCs) and their concentration in the atmosphere is slowly declining, the ozone layer is still very low. However, the life span of CFCs is 50 to 100 years. In addition, various factors influence the reduction of ozone. For example, air currents can create conditions that strengthen or weaken the chemical and physical processes. And: unlike on the ground, climate change leads to lower temperatures in the stratosphere, which can lead to increased ozone depletion.

At present there is no danger from high UV radiation because the sun is still low. Further development depends on the temperatures in the stratosphere and the stability of the polar vortex. Should changes occur here, the calculations provided here could be an early warning system for increased UV exposure.These simulations can be accessed here. 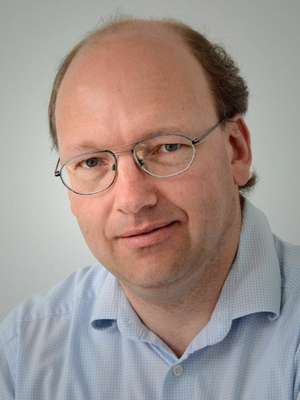