Measuring the concentration of ozone

The ozone layer is an important component of the atmosphere. But how is the ozone concentration actually measured?

The ozone layer is located in the stratosphere at an altitude of 15 to 30 kilometres and protects the biosphere from harmful ultraviolet radiation. The ozone hole, a pronounced thinning of the ozone layer, came into being at the beginning of the 1980s. The ozone hole occurs in the Antarctic and, in very cold winters such as 2010/2011, also in the Arctic. In the tropics and mid-latitudes there is no ozone hole. But how is the ozone concentration actually measured?

Above all balloons are used to measure the ozone concentration from the ground to an altitude of 30 km. These weather balloons, filled with hydrogen or helium, attain speeds of 5 m/s and altitudes of up to 35 km before they burst. A roughly 60 m long cord is attached to the rubber balloons. A radio­sonde with sensors for air pressure, humidity and temperature and an ozone sonde are fitted to the end of the cord. During its ascent the sonde transmits the measured values by radio to the receiving station on the ground, where they are collected, analysed and input into global scientific networks.

Measurement of the ozone concentration is performed electrochemically. The ambient air is pumped into a sensor chamber filled with a potassium iodide solution. The reaction of the ozone in the air with the iodide generates an electrical signal proportional to the volume of ozone. The current flow­ing can be measured and converted into an ozone concentration.

Ozone sonde measurements since 1985 in the Antarctic

There are about 50 locations worldwide at which ozone-altitude profile measurements are regularly conducted with ozone sondes. In the Antarctic, ozone sonde measurements were carried out at the German Georg Forster Station since 1985 and are being continued today at the Neumayer III Station of the Alfred-Wegener-Institut. To this day, the meteorologists and atmospheric chemists release a helium balloon with an ozone measuring sonde once a week from the roof of the station and let it rise to an altitude of about 35 kilometres. For an internationally comparable dataset it is important to ensure that all ozone sonde stations conduct comparable measurements. For this purpose com­parative measurements are regularly carried out in the Jülich Research Centre.

The special sondes, which fall back to Earth after the measurements and are slowed down by a small parachute, can be reused – provided that they are found again. For reasons of cost, the sondes are not fitted with tracking devices; instead, an address is printed on the sonde to which it can be re­turned by a possible finder.

Measurements of the ozone layer are an important component of ozone layer monitoring, but not the only one. Ozone measurements are also conducted from the ground, from aircraft (from both special research aircraft and airliners) and from satellites. 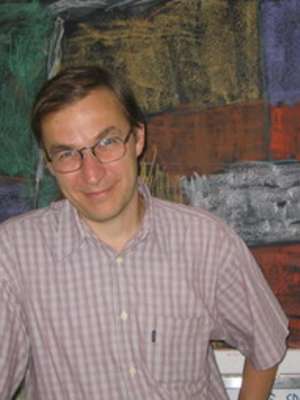