Pollutants can cover large distances and travel from the industrial centres as far as the Arctic.

Although the Arctic Ocean is far away from the large industrial centres of Europe, Asia and North America, pollutants from air and water currents reach the Arctic environment by way of long-dis­tance transport. In addition there are local sources in the Arctic which for example release pollutants as the result of accidents.

At the Alfred-Wegener-Institut (AWI), the dispersal of trace elements and pollutants in the marine region of the Arctic has been simulated for more than ten years using computer models, primarily with the NAOSIM (North Atlantic/Arctic Ocean Sea-Ice Model) developed at the AWI.

These calculations are used on the one hand to validate (confirm) the model simulations (for exam­ple when measurement data are available for comparison with reality), on the other hand in the con­text of simulations of hypothetical dispersal for assessing the possible consequences of an accident or other undesired release.

Examples of the latter were the hypothetical dispersal of radioactive trace substances dissolved in water (radionuclides) as the result of a possible emission due to dumped radioactive waste (Harms and Karcher, 2003) or the sunken nuclear submarine 'Kursk' (Gerdes et al., 2001).

The simulations for model validation and for improving the understanding of circulation also carried out at the AWI are characterized by close cooperation with the respective working groups which have specialized in sampling and sample analysis. The AWI also has many years of experience in this area. Examples of such work are the dispersal of anthropogenic radionuclides from the western European waters to the northern seas, in particular technetium 99 (99Tc) and iodine 129 (129I) (Karcher et al., 2004, 2012). Both of these are radioactive trace substances which are discharged into the sea from the nuclear reprocessing plants in Sellafield (Great Britain) and La Hague (France). These investigations also serve as the basis for estimating the transport routes of other water-soluble pollu­tants from western Europe on their way to the Arctic waters, for which only few measurement data are available. One example is perfluorooctanic acid (PFOA), which among other things enters the environment as a by-product of textile manufacture and is above all transported across the ocean as far as the Arctic. 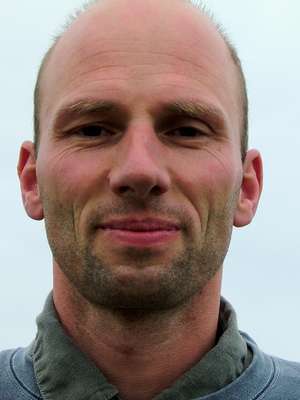