How vulnerable is the coast of Bali? Tsunami Simulations for Indonesia

The Alfred Wegener Institute provides an interactive tsunami map for a public audience – for media, experts and travelers in Indonesia

What is the impact of tsunamis on Indonesia? Which parts of the coast would be affected in case of a tsunamigenic earthquake event? How much time remains to seek shelter after a tsunami warning? With the easily understandable and interactive Tsunami-WebGIS (web based tsunami geo-information system) the Alfred Wegener Institute (AWI) now enables an insight into a subset of scientific simulations. This hands-on information was so far only available to experts of the Tsunami Early Warning Center and developers of the system.  Scientists of the AWI hereby provide data products for the Sunda Arc – one of the Earth’s most hazardous subduction zones. Bali, known for its popularity amongst travelers is also located in this area.

With about two-thirds of all tsunami-related global deaths in the last two hundred years having occurred in Indonesian territory, Indonesia is a real tsunami hotspot. The Sunda Arc runs almost parallel to the large Indonesian islands Sumatra and Java in close proximity to the coast. Sumatra was one of the most heavily affected islands by the devastating tsunami in 2004. Java, along with the Indonesian capital Jakarta is home to more than 145 million people and one of the most densely populated islands in the world.

Also, Bali, receiving more than four million tourists each year, would be affected by earthquakes triggered by this subduction zone. At the Sunda Trench the Indo-Australian plate subducts under a part of the Eurasian plate. All in all it stretches over a length of more than 3000 km along the Indonesian archipelago. These movements often cause strong earthquakes. Vertical movements are especially dangerous, as they can lift great water masses in a very short time resulting in tsunamis.

The new WebGIS application presents theoretical tsunami scenarios for simulated earthquakes of varying magnitudes. Schools can use the application in class to demonstrate the effect of a strong marine quake off the coast of Indonesia. In case of an earthquake event media may use the application to visualize the wave propagation of simulated tsunamis. Furthermore, the map intends to increase awareness of travelers to Indonesia. For this purpose, the German Research Center for Geoscience and this Earth System Knowledge Platform have published extensive advice leaflets and articles for travelers  (Kandarr & Lauterjung, 2017).

Indonesians can also benefit from the graphical and easily interpreted visualization as the documentation of the application is provided in English. The Tsunami-WebGIS may be used as illustrative material for on-site experts. Colleagues of the Warning Center in Indonesia highly appreciate the concept and are planning to use the application in seminars.

To put it in a nutshell: the user can trigger tsunami simulations for different epicenters of theoretical marine quakes along the Sunda Trench and observe the resulting wave propagation regarding maximum wave heights and estimated arrival times. The epicenter may be selected individually as well as the corresponding magnitude (7.2 – 9.0 depending on the location of the epicenter). The resulting simulation displays where the wave hits the coast after the elapse of which time. Based on this information the remaining evacuation time is calculated within the tsunami early warning system. Wave heights are generally displayed in an easily distinguishable color range. Studying these maps, one realizes quickly that every single earthquake has a  unique impact, depending on bathymetry, location of the epicenter, as well as complexity of the coast line, to name a few. Is the coast protected by islands off the coast or is it even more tsunami-prone due to superimposed waves? To what extent do water masses accumulate in a bay? All these calculations are performed in the backend. The integration of further simulations, such as those for historical tsunamis, is planned. This allows also a look in the past, since Indonesia has been severely flooded several times in the aftermath of tsunamis.

The newly published simulations are a subset of a database initially developed for the Indonesia Tsunami Early Warning System (InaTEWS) within the German-Indonesian cooperation projects GITEWS (German-Indonesian Tsunami Early Warning System)and the subsequent project PROTECTS. The tsunami modelling group of the AWI set up a database containing approximately 4500 tsunami simulations for InaTEWS. The simulations are calculated with TsunAWI, a tsunami model developed at AWI.

The database was extended with simulations for the Northeast of Indonesia in cooperation with the colleagues of BMKG (Indonesian Agency for Meteorology, Climatology and Geophysics hosting and operating the Early Warning System) in a project funded by the Australian government and supported by Geoscience Australia. Currently 15 trenches are covered resulting in more than 17000 simulations. Further information on how tsunamis are modelled may be obtained in the ESKP article  „Ausbreitung von Tsunami-Wellen“ (Rakowsky, 2015).

The Tsunami-WebGIS was developed within ESKP and is hosted on maps@AWI, a platform designed to present scientific and georeferenced data to a broader public. Other WebGIS applications on maps@AWI cover topics such as permafrost, marine mammals and marine litter. The Tsunami-WebGIS is available here. With this application, any interested person may easily gain an insight into tsunami modelling activities at the Alfred Wegener Institute and obtain estimates of the impacts of submarine earthquakes in Indonesia. 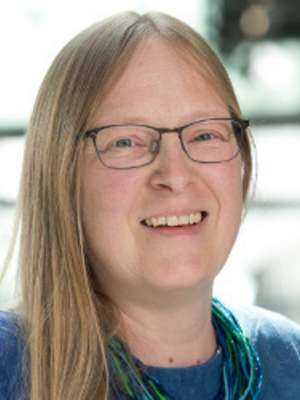 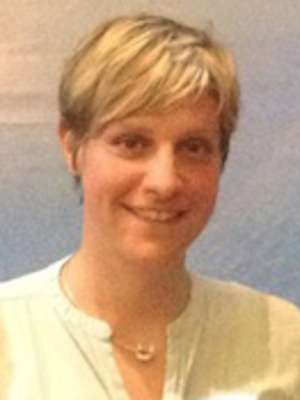