Substantially damaged buildings, broken panes of glass and dented cars were the result of severe hailstorms in Germany in summer 2013.

The highest loss was mainly caused by two hailstorms on July 27 and 28 (Fig. 1). As both events occurred within 72 hours, they are considered as a single event by the insurance industry. The global insurance broker Willis RE estimated the insured loss for this event at 2.0 billion Euros. Thus, this was the costliest natural event for the insurance industry in the last 30 years in Germany - more expensive than the flooding in May and June 2013 (insured losses of 1.8 billion Euros). Responsible for the large amount of damage were both large hailstones and the passage of the hailstorms over densely populated areas.

On July 27, 2013 a long-lived supercell (a strongly rotating thunderstorm with very intense updrafts, where also tornadoes may form) was triggered in moist and unstable air masses over North Rhine-Westphalia and then passed over Lower Saxony and Saxony-Anhalt almost as far as Berlin (Fig. 1, violet). On its way, the supercell produced large hailstones that fell on the long track. The European Severe Weather Database (ESWD), a database based on eyewitness reports, reported hailstones with sizes up to 5 cm in Stromberg (NW) and 7 to 8 cm in Arpke, Alt-Wolfsburg and Sievershausen (Lower Saxony). Such large hailstones occur only rarely in Central Europe.

One day later, another supercell referred to as the "Reutlingen Hailstorm" affected particularly the insurance industry in Baden-Würt¬temberg badly (Fig. 1, green). The largest building insurance company in the federal state of Baden-Württemberg for natural hazards, the SparkassenVersicherung SV, estimated an insured loss of more than 600 million Euros due to 70,000 damaged buildings (SV, 2013).

On this day, Southwest Germany was influenced by an extended long-wave trough (depression at higher levels), which shifted to the east during the day. On the eastern flank of the trough and a shallow low pressure system on the ground, warm and humid air masses (= energy for thunderstorms) were advected from the south. The trough caused a strong vertical wind shear (change of speed and direction of the horizontal wind with height), which is prerequisite for the formation of rotating supercells. In the Rhine Valley, south of Freiburg, a thunderstorm cell developed at 3 pm MESZ and turned over the Black Forest Mountains into a supercell.

Measurements of the Stuttgart radiosonde at 2 pm showed only a weak convective potential for the development of thunder¬storms in the atmosphere (convective available potential energy CAPE of about 500 J/kg), but a clockwise rotation of the wind with height favouring the formation of supercells. With a high liquid water content in the approaching moist air mass, favourable atmospheric conditions for the formation of large hailstones prevailed. The thunderstorm system gained massive strength on its further path over the Black Forest and along the northern edge of the Swabian Jura. Very large hailstones with diameters of up to 8 cm were observed on a path up to 15 km wide. Particularly affected by large hailstones was the area around Reutlingen und Tübingen south of Stuttgart.

Figure 2 shows the track of the supercell, which was reconstructed by applying a tracking algorithm developed at the Karlsruher Institut für Technologie (KIT) using radar data of the German Weather Service (Deutscher Wetterdienst - DWD) .

It is difficult to directly compare the hail streaks of 2013 with the most destructive event in Germany to date – the Munich hailstorm  on July 12, 1984. In 1984, weather radars were not in operation, which hampers reliable reconstruction of the hail streak. The losses of that event in the order of 1.5 billion DM would roughly correspond to losses of 1.4 billion Euros today according to the building price index of the Federal Statistical Office. However, in this simple estimate neither the change in the number of insured buildings (in 1984, 50 % of the losses were insured) nor the concentration of assets over the last 30 years or any increasing vulnerability of insured objects has been taken into consideration.

Development of a damage model for hail

In the working group “Atmospheric Risks” at the Institute for Meteorology and Climate Reseach, Karlsruhe Institute for Technology (KIT) several hail damage models are currently developed. These models, based on radar, satellite, and lightning data and complemented by insurance loss information, estimate the overall hail risk for a specific portfolio. Furthermore, it is possible to estimate total losses in near-real time directly after an event occurred. This information is greatly demanded, for example, by the insurance industry to estimate regulation efforts and required funds in the aftermath of a severe hailstorm.  The model approach considers important parameters such as the damaging effect of hailstones on different objects, the size distribution of hailstones within a storm and the spatial extent and direction of the hail streak in combination with the location of the building roofs, which are highly exposed to hail. 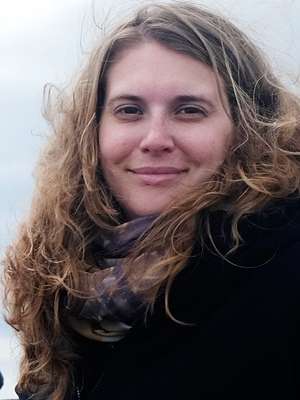 Characteristics and Formation of Thunderstorms