HIERROseis and Poseidon cruise POS494. El Hierro, the youngest island of the Canaries is also the geologically most active one. 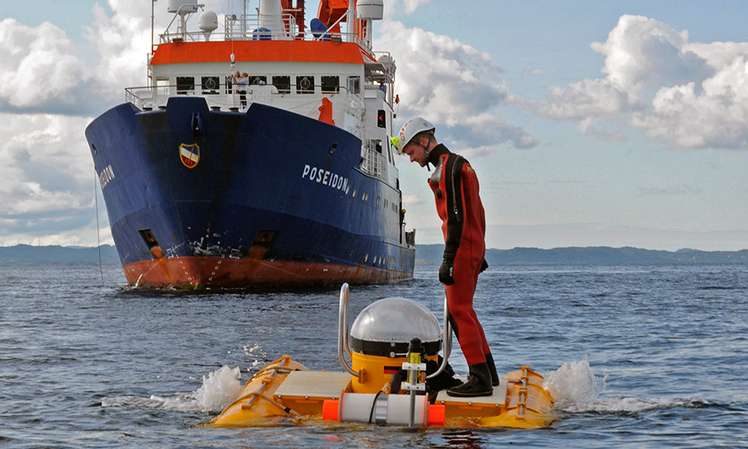 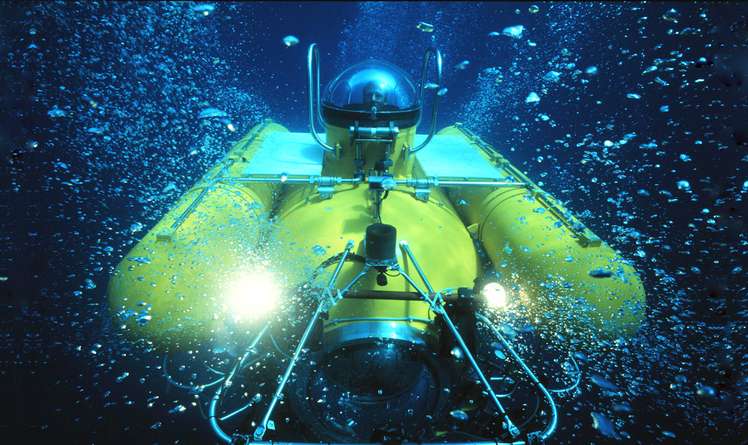 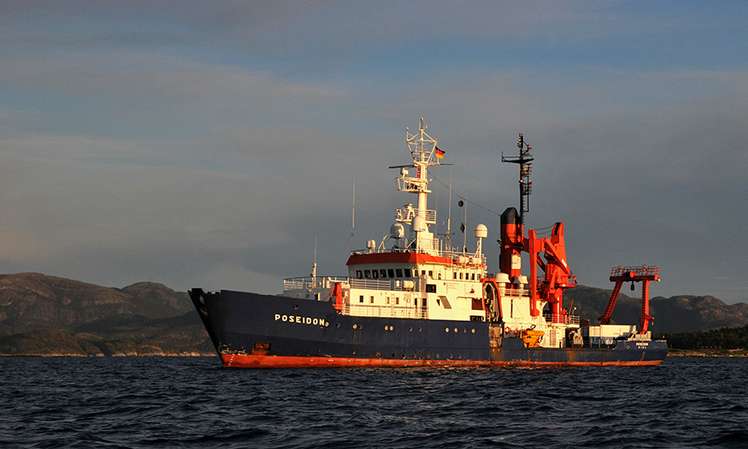 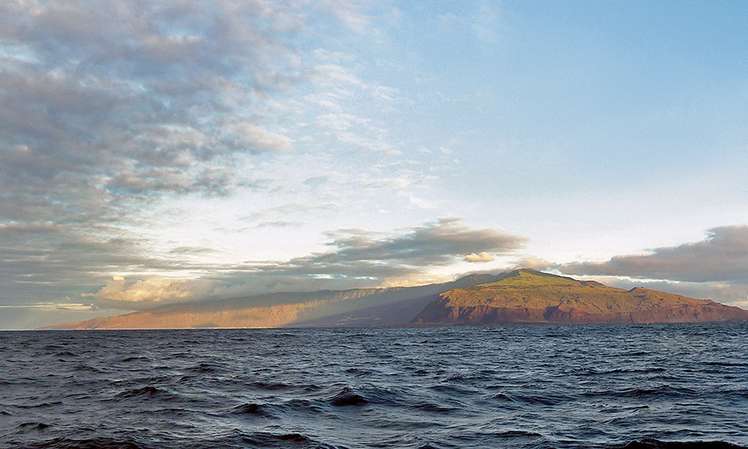 El Hierro, the youngest island of the Canaries is also the geologically most active one: In October 2011, a submarine volcano erupted only one nautical mile off La Restinga, a village at the Southern tip of El Hierro. Intensive research was carried out, because the volcano was considered a significant threat for the island and its inhabitants. Spanish and German scientists are currently investigating the site in order to better understand the processes behind the ongoing seismic and volcanic activities. During the expedition POS494 with the research vessel POSEIDON and Germany’s only manned research submersible JAGO, they get first-hand insights into the newly formed structures. GEOMAR Helmholtz Centre for Ocean Research Kiel leads the expedition.

With steep basalt cliffs, black-sanded beaches, valleys formed by huge landslides and the ever-present Pico del Teide, the Canary Islands clearly display their volcanic origins. Their genesis can be traced back to the Early Miocene (23 to 16 million years ago) when the African plate moved over a mantle hotspot today known as the „Canary Hotspot“. Initially, the plate shifted westwards, and the Eastern Canaries, Lanzarote, Fuerteventura, Gran Canary and Tenerife emerged on a consecutive line. After the creation of La Gomera, though, the direction seemed to change, forming La Palma and El Hierro in alternating periods of volcanic activity. Geologists are still working hard to understand the mechanisms behind the creation of what they call the “juvenile” Canary Islands.

The youngest island of the archipelago, El Hierro, whose oldest rocks have been dated back to 1,12 million years ago, currently is the most active one. It covers an area of 270 square kilometres with a maximum altitude of 1501 metres emerging from a 4000 metres deep seafloor. The island’s Y-shaped form is the result of magma emerging through deep cracks in the earth crust. Large flank collapses created El Hierro’s characteristic embayments.

For the last 500 years, no volcanic activity had been reported. But on October 10, 2011, a new volcano erupted offshore at a distance of two kilometres from the village of La Restinga. The eruption was precendented by a three-months long period of tremors and seismic activity. Although the eruption terminated in 2012, sparse microseismicity of up to magnitude units of three can still be detected on the island.

The eruption produced large volumes of gas and pumice that could be seen at the sea surface and a large plume of suspended ash in the water column. After the eruption, intensive research was carried out, motivated by concerns that the new submarine volcano could pose a significant threat to the island. Various Spanish groups installed seismic, geodetic and other multi-parametric stations. In order to better characterize the local seismicity, GEOMAR scientists decided to densify the Instituto Geográfico Nacional’s permanent network by installing eight offshore and nine onshore seismic stations in February 2015.

During the first part of the POSEIDON expedition POS494 (Feb 4 – 7, 2016), the ocean bottom seismometers (OBS) will be recovered, and the data from the year-long seismic experiment will be collected. The scientists expect that microseismicity and minor earthquakes recorded by their instruments will help to detect ascending magma, and they hope to learn more about its vertical and horizontal distribution. Their goal is to locate the origin of the earthquakes and find out if ongoing unrest follows detectable patterns.

„It is still unclear how the seismic unrest of El Hierro continues and when it will finish, since the processes which govern the start and the end of an volcanic eruption are not fully understood“, Dr. Dietrich Lange, seismologist at GEOMAR Helmholtz Centre for Ocean Research Kiel emphasises. “The spatial distribution of the seismicity is highly variable. In order to better characterize it, we added some stations to the permanent network. Beside a better depth estimate of the seismicity, the OBS data will allow for a better characterization of the seismic signals originating mostly offshore due to an improved spatial coverage of the island and its surrounding.“ Vicente Soler Javaloyes from the Consejo Superior de Investigationes Scientifícas (CSIC) points out.

During the second part of the expedition (Feb 7 – 15, 2016) – a collaboration of the Plataforma Oceánica de Canarias (PLOCAN, www.plocan.eu), the University of Las Palmas de Gran Canaria (ULPGC, www.english.ulpgc.es) and GEOMAR together with the collaboration of the Instituto Español de Oceanografía (IEO, www.ieo.es) through the VULCANO project – the German research submersible JAGO will be used to map and sample the new volcanic cone. To better understand the newly-formed underwater formations, a geologist will also be comparing lava flows and other volcanic structures on the nearby land.

“For the first time ever, JAGO will give us the chance to see the submarine volcano with our own eyes”, GEOMAR geologist Prof. Mark Hannington emphasizes. “We will not just get first-hand impressions, but are also able to choose the most important locations for measurements and sampling.” JAGO has been equipped with special instruments to record the spatial variation in fluid flux from the volcano. Volcanic and hydrothermal deposits from the vents and water samples will be collected for detailed analyses at the participants’ home laboratories.

“One of our major goals is to study physical-chemical perturbations caused by the degasification phase of the submarine volcano, which comprising thermal changes, acidification, deoxygenation and metal-enrichment, resulting in significant alterations to the activity and composition of local plankton communities. Our findings highlight the potential role of this degasification stage as a natural ecosystem-scale experiment for the study of the effects of global change stressors on marine environments”, Prof. Juana Magdalena Santana Casiano explains.

There are about 1500 active volcanoes on land worldwide. They emit enormous quantities of gases into the atmosphere, including water, carbon dioxide and sulfur dioxide. But far more volcanoes are erupting every year under water. “So, we are interested in understanding the mass fluxes from submarine eruptions like El Hierro and how they might be contributing to chemical changes in the oceans when magnified to a global scale”, says Prof. Mark Hannington.

To stay up to date about the researchers’ observations, check the Kiel Marine Sciences blog portal oceanblogs.org and the ESKP website. A short film will be published here after the expedition. 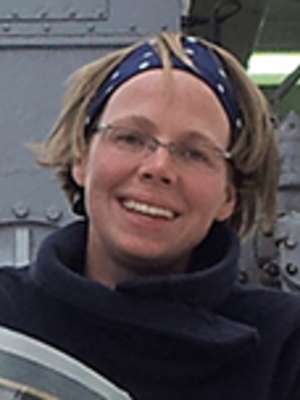