Flooding as an important economic factor

The Mekong Delta is well-known for its fertile, productive soils. This is due to the large amounts of sediments and associated nutrients which are deposited in this area by the annual monsoonal flood. Thus scientists from the Deutsches GeoForschungsZentrum (German Research Centre for Geosciences - GFZ) and the Vietnamese Southern Institute of Water Resources Research carried out field and modelling studies over a period of seven years to determine sedimentation and its spatial variability in the Mekong Delta.

The source of the Mekong River is in the Tibetan highlands in the Himalayas. From here it flows through China and then as a border river between Laos, Myanmar and Thailand to Cambodia and Vietnam. After some 4,900 km, it flows with many branches in a network of river arms and artificial channels into the South China Sea.

The Mekong Delta came into being as an alluvial fan, as the river transports sediments – essentially silt and clay (both very fine-grained material) - and deposits them on the sea­shore. In the past, the delta consequently extended ever further into the sea. However, the delta is currently being roded at many points due to elevated sea levels and a reduced sediment load caused by dams in the Mekong basin. The regularly inundated areas in the Mekong Delta cover an area of about 30,000 km2 and are thus only a little smaller than the German state of North Rhine Westphalia.

Deposition of nutrient-rich sediments after the rainy season
During the rainy season, sediments and nutrients are transported into the rivers from the Mekong basin and deposited again in the delta in southwest Vietnam during the flooding. This combination of favourable substrate, nutrient and water supply is the reason for the extremely high fertility and agricultural production in the Mekong Delta. This sediment load carried by the river during flooding is consequently an important economic factor for agriculture and also fishing in the region.

However, the dynamics of sedimentation and thus the nutrient input on the floodplains have not hitherto been quantified. The volume of the annual sediment freight in the different areas as well as in the rivers and canals of the delta can be derived using a hydrodynamic model. The quantity of sediment deposited on the floodplains can now also be determined. For the flood periods in the years from 2009 to 2011 the sediment freight was quantified using this model. All three years show very different sedimentation rates, directly reflecting the intensity of the respective flood events. While an average flood event is documented for 2009, the data for the following two years are indicative of extreme events. In 2010, the lowest high water level within a measured 85-year time series was recorded; in 2011, on the other hand, one of the three largest flood events within the same period was observed.

The spatial variation of the sedimentation, i.e. the deposition of silt and clay, in the Mekong Delta is very large. In addition to the characteristics of the flood water, natural features such as the waterways network and the vicinity to the coast are responsible for this. The influence of the tides, i.e. high and low tides, along the coasts of the delta also plays an important role for sediment deposition.

The sedimentation rates in the western part of the delta (the Long Xuyen Quadrangle) are thus much lower than in the comparatively similarly deep inundated northeastern part of the delta for an equal period of time (the Plain of Reeds). This is due to the shorter dis­tance from the coast in the western area and thus the strong influence of the tides on the deposition of nutrient-rich silts and clays on the floodplains. Furthermore, due to the lower flow velocities a proportinally larger amount of sediment accumulates in channels in this area. This takes place at the expense of the sedimentation rate on the floodplains.

However, in addition to these large-scale differences there are more important, small-scale variabilities caused by the massive interference of humans in the flood regime, particularly in the Vietnamese area of the delta. In addition to the thousands of kilometres of artificial channels, a complex network of ring dikes was created, dividing the floodplains into com­partments. The dikes are of differing heights and are equipped with sluice gates and pumps with very different capacities. Apart from this, there are various management systems in place which essentially differ in the number of harvests per year. A very heterogeneous, small-scale pic­ture of the sedimentation rates on the floodplains results from the interaction of these anthropogenic factors. The nutrient input due to sedimentation therefore varies greatly.

The measured data and the simulation results based on them have consequently allowed the sediment and nutrient input into the floodplains to be quantified for the first time on a large scale. As a result, also the economic advantages of the annual flooding can be quantified in this way. If three instead of two crops are harvested every year, the absence of a natural nutrient input must be compensated by artificially produced fertiliser, which reduces the eco­nomic benefit of the extra harvest, as fertilisers must be purchased.

Based on the project results, recommendations towards a less spatially variable sedimentation and thus a more evenly distributed nutrient input in the delta have been developed. Essentially the control of the sluice gates and pumps must be better coordinated between the responsible municipalities and communities. 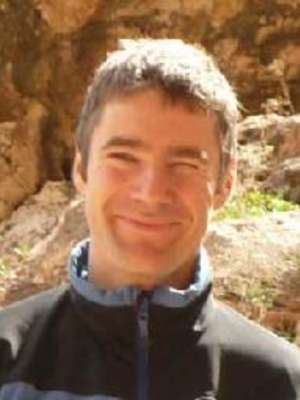 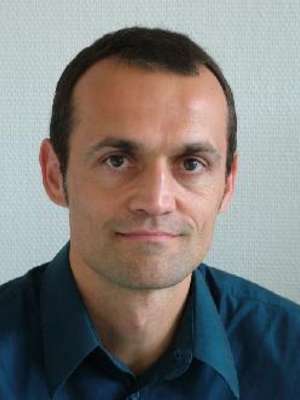