Fire below the ice: volcanic activities in Alaska

The Pavlof volcano is one of the most active volcanoes in Alaska. During the eruption in March 2016, the ash cloud reached a height of over six kilometres. 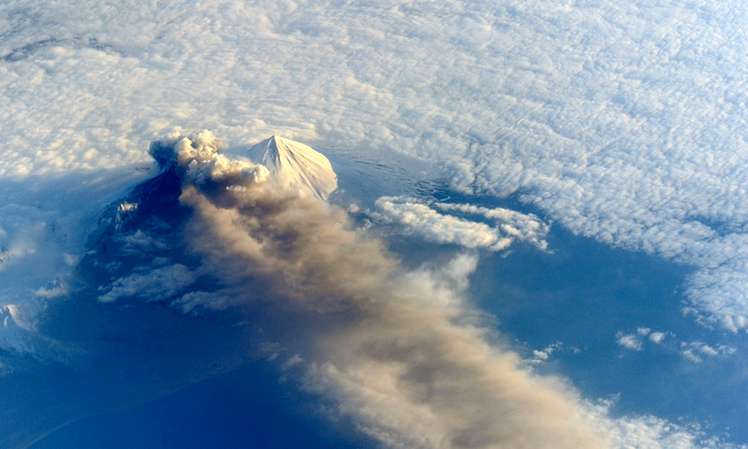 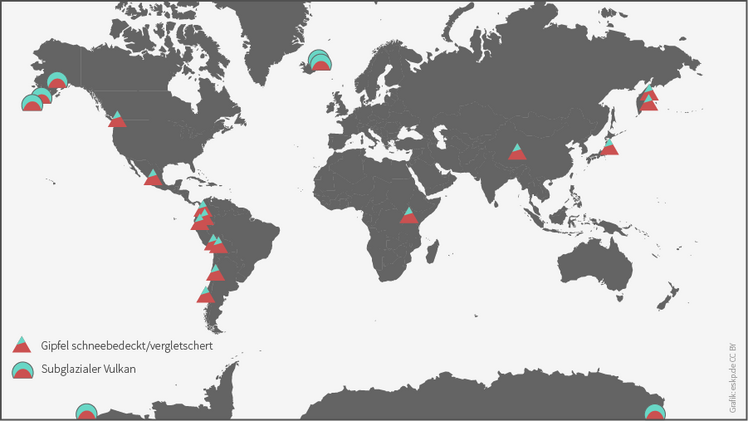 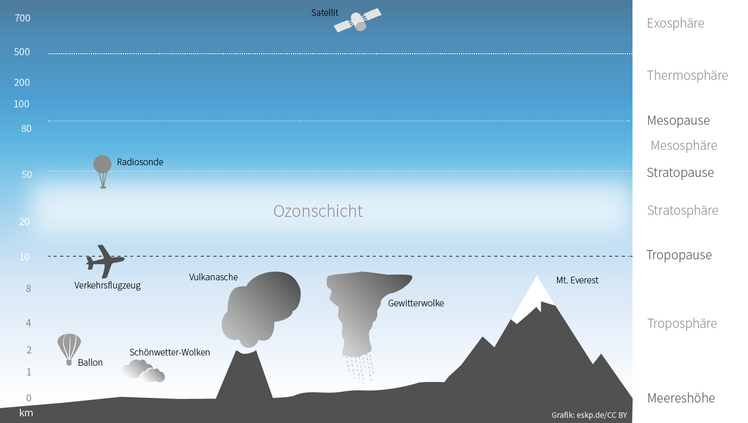 Pavlof began again to erupt on March 28th, 2016. Due to a huge ash cloud the air trafic has been restricted.

Already on the morning of 31 May 2014, the Pavlof volcano in Alaska began to erupt. The initially slight release of gases and ash was observed by pilots and satellites. As gentle activity can be a warning of an impending major eruption, scientists at the volcano observatory in Alaska (AVO) raised the alert level for Mount Pavlof. First to orange and a short time later to red.

Within days, seismic activity increased dramatically and the monitoring network recorded strong explosions. On 3 June 2014, the ash cloud reached a height of more than seven kilometres. Satellite images revealed a high sulphide content. Glowing avalanches of hot gas (pyroclastic flows) and lahars (mudslides) flowed down the northern flank of the volcano. After this brief peak of activity, the alarm level was again lowered to orange on the evening of 3 June 2014. However, at the Cold Bay airport of Unalaska, air traffic was temporarily suspended for safety reasons.

Pavlof is located on the Alaska Peninsula, where the adjoining island chain connects Alaska to the Russian Kamchatka peninsula. It is about 950 km away from the capital city of Anchor­age.  Its shapely volcanic cone rises to a height of 2,500 m; the summit is topped by a gla­cier. Together with its twin volcano, Pavlof Sister, the Emons Lake caldera and a further smaller volcanic cone, Little Pavlof, it forms an impressive chain of volcanoes. This is part of the Aleutian Arc fed by subduction of the Pacific Plate beneath the Bering block and the North American Plate. With its 40 eruptions in the last 250 years, Pavlof is one of the most active volcanoes in Alaska. In the past, its eruptions lasted from two days to two years. The current eruption reflects a type of eruption behaviour that is very typical for Pavlof: a Strom­bolian eruption with lava fountains, small explosions and lava flows. The contact of the lava with the glacial ice generates vapour clouds and melt water, sometimes also triggering a lahar. The highest ever eruption column observed at Pavlof rose to a height of 15 km.

The area immediately surrounding the volcano is uninhabited. The nearest town, Cold Bay, is approximately 60 km away. A population of roughly 3,000 lives within a radius of 100 kilo­metres. The greatest risk posed by this eruption is the impairment of regional air traffic. This mainly concerns the airport of Unalaska. Although the strength of the current eruption has declined slightly over the past few weeks, the all-clear has not yet been given. The alert level of orange was maintained while the volcano continues to be closely monitored by the volcano observatory in Alaska.

The volcanic activity in Alaska is caused by the geographical location or by the plate tectonic situation, respectively. Alaska is located at the so-called "Ring of Fire".