Field operation in Chile – investigation of the April 1, 2014 earthquake

An earthquake occurred in northern Chile in April. This event was a debut for the Hazard and Risk Team of the German Research Centre for Geosciences (GFZ). 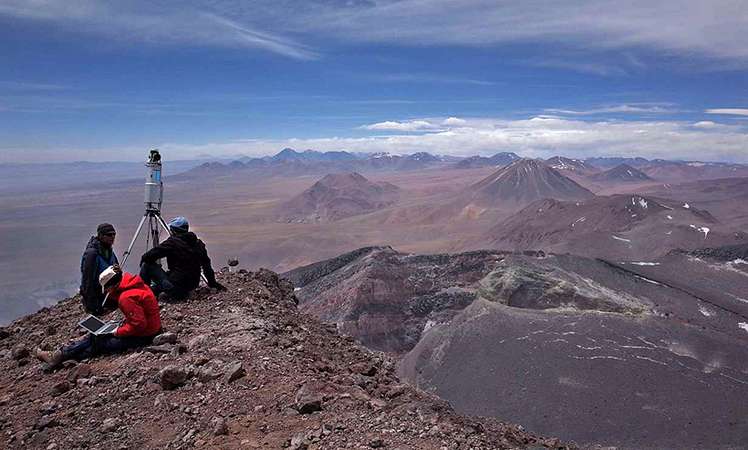 Working with the TLS-Lidar (Terrestrial Laser Scanning – Light detection and ranging) on top of the Lascar volcano in Chile. (Photo: Günter Asch/GFZ)

The magnitude 8.1 earthquake on April 1, 2014 near the village of Pisagua was the largest in Chile since the 8.8 magnitude quake further to the south in 2010. Although the Pisagua earthquake was not as severe and did not cause as much damage, it will go down in the history of seismology as an intensively investigated earthquake which questions several assumptions as to how and when large earthquakes occur. In addition to a little luck, the GFZ Hazard and Risk Team (HART) task force, which made its debut at this event, is respon­sible for this.

The work of HART concentrates on regional activities and consequently on on-site observa­tories and partners. The earthquake in Chile did not occur unexpectedly. “On the west coast of South America the Pacific Nazca Plate subducts beneath the continent and builds up stress which is released in earthquakes“, explains Professor Onno Oncken, who is coordinating the current HART operation. In the course of about 150 years, the whole of the edge of the plate will completely break through from Patagonia in the south to Panama in the north, with strong earthquakes”. Completely – with the exception of one last segment west of Iquique in northern Chile. The earthquake struck precisely in this seismic gap. However, instead of closing the gap, the quake only perforated its centre. The region is still acutely at risk – but is as well investigated as no other.

The HART operation is taking place in the core area of the IPOC (Integrated Plate Boundary Observatory). In anticipation of a massive discharge in the seismic gap the GFZ has spread out a carpet of instruments together with its international partners. Seismographs, GPS, magnetotelluric sensors, creepmeters, acceleration sensors, radar interferometry and several other observation methods have ensured a comprehensive wealth of data since 2006. HART is not a working group with fixed members, but a loose association of researchers from numerous sections whose scientific competences and interests overlap. In this case, IPOC constitutes the core of HART and covers four departments.

Four days after the Pisagua quake GFZ scientists were already on site. The objective of Dr. Thomas Walter, Stefan Mikulla and Jackie Salzer from Section 2.1 “Earthquakes and Volcano Physics“ and Dr. Martin Zimmer and Christian Kujawavon from Section 4.2 “Inorganic and Isotope Geochemistry“ was to check the existing installations and to make the station net­work denser. They installed the equipment on Láscar, Chile’s most active volcano, at a height of almost six kilometres. It is now also the best monitored volcano, which is ensured by seismic instruments, webcams, and lidar, gas and temperature measurements. At both the GFZ and the Chilean observatory Ovdas, parallel deformation measurements based on meas­urements of the radar satellite TerraSAR-X and GPS are being performed. Earthquake follow-up work is at the same time a precautionary measure: historical observations show that strong earthquakes on the coast can trigger volcanic activity in the hinterland.

The dense instrumentation means that the Pisagua earthquake is the best-observed earth­quake in the world to date. Just one year earlier more attention was paid to the region, because a large number of earthquake swarms occurred. Although this provides no informa­tion about the time or the magnitude of a quake, the researchers were correct in their as­sumption of a preparation process: the swarms correlated exactly with the fracture zone. The result of the resolution and quality of the dataset is that the scientific understanding of the processes taking place is being furthered considerably.

The GFZ seismologist Dr. Günter Asch and his doctoral student Amerika Manzanares per­formed a check of the stations and satellite antennas. Their conclusion: the IPOC network sent an optimum online dataset in highest quality to Potsdam. While Chilean seismologists have already installed 24 further offline stations, Asch and Manzaneras are en route with additional mobile stations. Fortunately the easily reachable points could very quickly be manned for the aftershock network. However, the researchers also had to make the existing network denser in the 400 km long investigation area, part of which was difficult to access. With the help of the Chilean colleagues P. Salazar und P. Ortis from the Universidad Católica del Norte, they were nevertheless able to successfully install 24 mobile stations in only 14 days.

The time at which an earthquake strikes is never ideal, neither for the persons affected nor for science. But it could have been worse. Since the most severe quake ever recorded, with a magnitude of 9.5 in 1960, building regulations have had high priority in Chile. The Pisagua quake cost six lives – a very low number for an “eight earthquake“ – and is an ex­ample of the high level of information and training on site. The earthquake swarms had also prompted the scientists to carry out maintenance work on the stations in good time, to remeasure all the GPS points and to install further broadband seismometers. The IPOC instrument carpet was prepared for the great earthquake – which was only one week in coming.

You will find detailed information about the earthquake here. 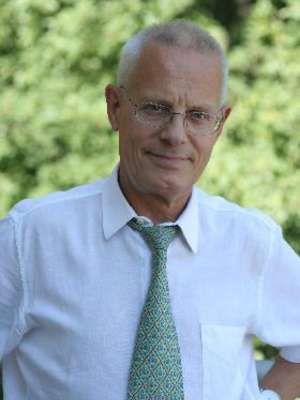