Evacuation after volcanic eruption on Java

After a volcanic eruption on the Indonesian island of Java, thousands of people had to be evacuated and airports closed.

After the spectacular eruption of Kelud, more than 200,000 people had to be evacuated on Friday (February 14, 2014) within a radius of ten kilometres from the volcano summit. Thirty-six villages are located in the evacuation zone. The airports of Solo and Surabaya even Yogyakarta in Central Java were closed due to poor visibility and the hazard posed to the aircraft engines by ash particles. According to the Volcanic Ash Advisory Centre in Darwin, Australia, the ash cloud reached a height of 15 kilometres.

The 1,731 metre high stratovolcano Kelut is one of the most dangerous of a total of about 130 active volcanoes in Indonesia. It is located in eastern Java on the so-called Sunda Arc, a 5,000 kilometre long subduction zone along which the heavy oceanic Indo-Australian Plate subducts beneath the continental Eurasian Plate at a speed of up to 6.7 cm/year. For this reason, violent volcanic eruptions and earthquakes occur again and again in this region.

More than 30 eruptions of Kelud have been documented since 1,000 AD. During a strong eruption in 1586 more than 10,000 people were killed. In 1919, more than 5,000 people died during an eruption. After this devastating event the term lahar, denoting a volcanic mud flow, was introduced as an internationally used technical term. In 1990 the volcano then spewed lava and toxic fumes, killing 30 people.

Kelud red alert already in the past

Kelud was most recently active at the end of September 2007. The water temperature in the crater lake increased, as did seismicity. Furthermore, the water of the crater lake changed from a greenish colour to white. The Center for Volcanology and Geological Hazard Mitigation placed the region around the volcano on red alert on October 16, 2007, whereupon the inhabitants within a radius of ten kilometres (at the time about 135,000 people) were evacu¬ated. An explosive eruption of the volcano did not take place, but a large-volume lava dome formed which finally filled the cater lake completely. Consequently the alert level was reduced step by step. Only in August 2008 was level two of four suspended.

Back in 1920, the water level of the crater lake was kept at a specific height by means of a drainage canal along its western bank with a diameter of 2 m and a length of about 980 m. This was constructed above all to contain the risk of lahars. The eruption itself cannot be influenced by this. During the construction of the tunnel, accidents repeatedly occurred which were caused by the crater wall collapsing in the unstable terrain, resulting in the work being interrupted in 1923. One year later the tunnel was finally complete. With the tunnel acting as an overflow, the water level was restricted to 134.5 metres and the volume of lake water was reduced from 20-40 million cubic metres to a residual volume of 1.8 million cubic metres. 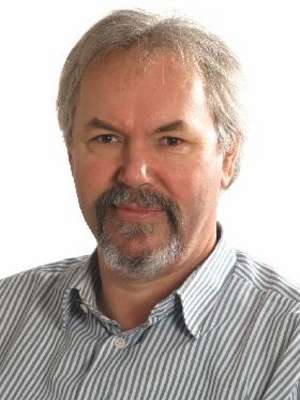 Persistent activity of the Sinabung volcano in Indonesia