Fast analysis of disasters and their consequences. Powered by the Center for Disaster Management and Risk Reduction Technology CEDIM

During and in the aftermath of the earthquake on 12 January 2010 in Haiti with a magnitude of 7.0 according to various estimates about 150.000 to 300.000 people lost their lives. Two weeks later, in Maule in Chile the Earth trembled with a magnitude of 8.8, and as a result of the quake 521 people were killed according to official figures. In October 2013, the Super Cyclone Phailin moved, inter alia, over the Indian state of Odisha and demanded 36 lives. 1999, there were 10,000 people who had fallen victim to a similarly strong cyclone in the same region. In November, 2013, moved the Super Typhoon" Haiyan" about the Philippines. About 10,000 people died as a result.

Why cause extreme natural events such as earthquakes or storms in some cases disasters with many deaths and serious long-term consequences? Why are in similar other cases, despite severe natural events fewer casualties and damage to complain? In other words: Why, in some cases of extreme natural disaster are becoming disasters, but not in others? To answer these questions, CEDIM is analysing disasters in near real-time and are caused by hydro-meteorological (floods, storms) and geophysical (earthquake, volcanic eruption) extreme events and engages the approach forensic investigations of disasters. This new approach was launched by the international initiative " Integrated Research on Disaster Risk presents the results of its analyzes within hours and days during and after the event in reports.

The Center for Disaster Management and Risk Reduction Technology (CEDIM) is an interdisciplinary research center in the field of disaster management founded by Helmholtz Centre Potsdam - German Research Centre for Geoscience (GFZ), and Karlsruhe Institute of Technology (KIT). The main goal of CEDIM is to advance our scientific understanding of natural and man-made hazards, and to develop disaster management solutions for the early detection and reduction of the related risks.

Aim of the analyzes of CEDIM is to identify the key risk drivers and causes of disasters and to derive implications for loss reduction. CEDIM concentrates on disasters that are caused by hydro-meteorological (floods, storms) and geophysical (earthquakes, volcanic eruptions) extreme events and engages the approach of Forensic Investigations of Disasters. This new approach was launched by the international initiative "Integrated Research on Disaster Risk Initiative" (IRDR www.irdrinternational.org). It stands for more in-depth analysis of disasters and their causes. Characteristic for the forensic analysis of disaster by CEDIM is the near real-time analysis immediately after respectively during the disaster. The focus of the CEDIM analysis is on the interaction between (1) the natural event, (2) the technical installations, equipment and critical infrastructures, and (3 ) the social structures , institutional and self- protection capabilities. For the Forensic Disaster Analysis (FDA) CEDIM draws on his wide-ranging technical expertise and on already existing models and tools for the rapid assessment of damage and loss. 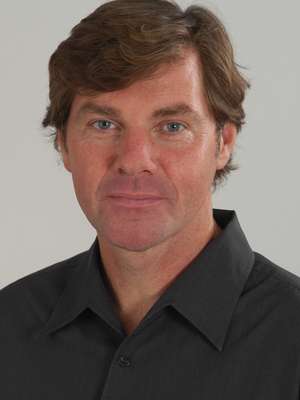