On our own account: On the end of the ESKP project

With the beginning of the fourth period of Programme-Oriented Funding (POF) in January, 2021, the knowledge platform of the Helmholtz Association's Earth and Environment research unit, the Earth System Knowledge Platform (ESKP) will come to its end. This is a good reason for looking back at the project.

The Earth System Knowledge Platform eskp.de was initiated in 2012, by the Helmholtz Association's Earth and Environment research unit. After a build-up of two years, in 2014 the website went online with its first contributions. The knowledge platform developed into a medium of scientific communication providing insights into the manifold research of the earth system while at the same time placing them into larger contexts.

This referred, on the one hand, to challenges to society resulting e. g. from climate change, species extinction or natural disasters, on the other hand in particular those contexts were elaborated which are part of the earth system as such. The more we know about the systemic contexts of Earth and environment and the more evidence-based knowledge we are provided with, the more it becomes clear that these are no isolated insights but that there exist interactions and feedbacks between those topical fields research is intensively dealing with. Our planet is a "system" where everything is connected to everything.

ESKP met this challenge by way of an approach which was supposed to reach the widest possible audience. Thus the Platform reflects the demand of the people for an increased transfer of knowledge and information. According to a current survey, 60 per cent of those interviewed state to be much or very much interested in research and science (WiD, 2020 & Kantar, p. 6, see Fig. 1). Acting as an information broker, ESKP thus made knowledge stocks accessible to a wide range of addressees, among them politics, the media, and the educational sector (Spreen et al., 2020).

One crucial element of the knowledge offer are the special issues (https://themenspezial.eskp.de/). The first special issue, on the topic of “Plastik in Gewässern – Wie unser Handeln Meere verändert (Plastics in Waters – How our Behaviour Changes the Seas)”, was published by the end of 2017. It was followed by issues on topics such as “Metropolen unter Druck – So werden Städte zukunftsfähiger (Metropolises under Pressure – How to Make Cities Fit for the Future)” (2018), “Rohstoffe in der Tiefsee – Metalle aus dem Meer für unsere High-Tech-Gesellschaft (Raw Materials from the Deep Seas – Metals from the Sea for Our High-Tech Society)” (2018), “Biodiversität im Meer und an Land – Vom Wert biologischer Vielfalt (Biodiversity in the Seas and on Land – On the Value of Biodiversity)” (2019) as well as “Vulkanismus und Gesellschaft – Zwischen Risiko, Vorsorge und Faszination (Volcanism and Society – Between Risk, Precaution and Fascination)” (2020).

The special issues are open synthesis formats, to which also a number of experts not belonging to the Helmholtz Association have contributed their expert knowledge. Each issue provides a sound overview of as well as a structured access to the respective topics. However, they also provide the readers with individual approaches. When it came to editing, in close coordination with the experts the editorial staff took care that the contents were well understandable also for laypeople.

By the end of the project, more than 770 contributions have been published on the eskp.de and themenspezial.eskp.de websites, 161 of them by the special issues and more than 100 articles dealing with basic knowledge of the Earth system. To this there add 170 encyclopaedia entries. The contributions on eskp.de are distributed across the four major sections of “Natural Hazards”, “Climate Change”, “Pollutants” as well as “Energy Transformation & Environment” Each of these sections includes a number of sub-categories, such as “Biodiversity”, “Volcanism”, “Permafrost” or “Risk Management”.

The structure of the website allows for networking each article with further contributions and suitable basics. Thus, each article is a network node, allowing for individual access to deeper knowledge, each according to interest. ESKP works like a knowledge network, similar to a neuronal network – however a network which is constantly updated according to the latest innovations of the sciences.

Over the course of the project, more than 420 experts have contributed actively, either as authors or as experts in the context of quality assurance. This way, the contributions were scientifically safe and supported a crucial goal of ESKP: presenting the audience with information and current, reliable insights. To have it in the words of psychologist Rainer Bromme: it was about making “informed trust” possible (Retzbach, 2020).

Trust in information means also that references are given in a standardise format. For this purpose, the latest volumes make use of an adjusted standard – that is the APA quotation norm, which has been adjusted in a way which allows for its use both for online and pdf as well as for print formats.

Attendance has developed very positively over the years. After a start-up phase, when groundwork was done particularly in the field of basic knowledge and the site became increasingly well known, in particular in recent years the attendance figures for ESKP and ESKP Special Issue experienced a very dynamic development. Fig. 2 shows the average monthly numbers of visitors per year.

As becomes obvious, after a period of implementation and coordination the demand rises considerably. In January, 2021, ESKP and ESPK Special Issue together recorded more than ninety thousand visits; which is impressive evidence of the great demand by the interested public for this way of providing current, quality-checked information (data: Matomo website analytics).

ESKP was also meant as an offer to the media, which this way were able to pursue research developments or to adopt ideas. As an example, here we may refer to the article on volcanism in the weekly Die Zeit, for which eskp.de was given as a reference (Die Zeit, February 13th, 2020, p. 38).

Apart from its own Facebook account, ESKP also had a Twitter account: @geowissenschaft. The latter was characterised by a prominent and valuable follower structure. Among them there counted ministries, a number of institutionalised as well as independent research and educational institutions, publishers of scientific books, scientific communications actors, Helmholtz Centres and Institutes as well as, apart from enterprises and civil society actors, also many private people.

On behalf of the ESKP editorial staff (Oliver Jorzik, Jana Kandarr and Pia Klinghammer) I explicitly thank all those experts inside and outside the Helmholtz Association who, by their commitment and by spending their valuable time, have contributed to making the project a success story. Also, I would like to explicitly thank the ESKP coordinators from the involved Helmholtz Centres, without whose reliable and constructive commitment this success story would not have been possible. 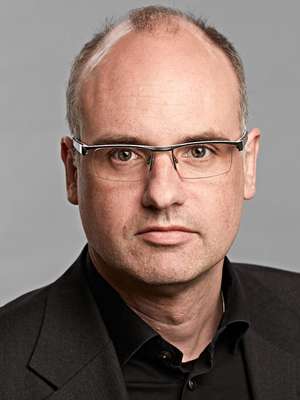