Traces of industrialisation and climate change within Siberian lakes

Industrialisation in the Northern Hemisphere has led to the pollution and warming of natural ecosystems. Remote Siberian lakes are now under threat and face big environmental challenges that could have far-reaching consequences for freshwater resources and ecological refuges.

About 3.7% of the earths land surface is covered by lakes. The vast majority are found between 45 degrees and 75 degrees of latitude north in the so-called Boreal and Arctic zones that make up much of Siberian Russia, Canada, Alaska and parts of northern Europe.

Lakes are important landscape features that play a big role in controlling global climate change by acting as sources and sinks of carbon produced by water plants, plankton and fish living within lakes and from plants within the landscape surrounding lakes.

In addition, lakes provide vital habitat opportunities for a variety of animal and bird species and are particularly important for migratory birds that often travel great distances and rely on lakes as resting points. Large lakes across Siberian Russia also play a crucial role for fresh drinking water supply, recreational sports and culture.

Indigenous Siberian tribes including the Sakha people of Yakutia in eastern Russia have long used the numerous lakes within the landscape as traditional fishing and hunting grounds where big game such as Caribou congregate. Large predators such as the East Siberian brown bear (Ursus arctos collaris) follow the Caribou and exploit the abundance of salmon and other fish species within rivers that feed and drain lakes.

However lakes are under threat, human-driven industrialisation and climate change is beginning to have a big impact on the ecology of lakes and started to change their very chemistry. New research undertaken by the Alfred-Wegener-Institute and the Russian colleagues highlights the impacts that humans are having on even the most remote and pristine Siberian lakes that could threaten the future function of lakes within the landscape and ultimately, for us humans (Biskaborn et al., 2021).

But what is happening to Siberian lakes? And how exactly are humans affecting them? Previous research has shown the importance of air-born particles (aerosols) of sulphuric and nitric acid that can be carried to lakes through the atmosphere and rivers and lead to lake waters that are more acidic (Havens & Jeppesen, 2018). This so-called “acifidication” can substantially affect biological communities within lakes and can lead to changes in plankton and water plant communities as well as the total loss of fish species, when at an advanced stage.

The fallout of industrially produced heavy metals such as mercury from mining, the burning of coal in power plants and cement and metal production can lead to the contamination of soils around lakes that can eventually migrate into lake waters where they pose a dangerous threat to aquatic ecosystems. The fact that many lakes across eastern Siberian Russia are located within areas of permanently frozen ground (permafrost) that is currently under threat from rising air temperatures through global climate change will likely exacerbate the ecological threats to lakes in the future.

In order to study the impacts that humans are having on Siberian lake systems, our polar researcher team of scientists from Russia and Germany took several short sediment cores covering the industrialisation from one of the most remote and deepest lakes in Yakutia, eastern Siberia. This is the Bolshoe Toko lake.

Sediment cores are vertical tubes of sediment extracted by drilling into sediments stored below lake bottoms (Fig. 2). The sediments stored within are very useful archives of environmental change and preserve biological and chemical shifts within lakes over time.

These shifts can be recorded by single-celled algae such as diatoms and Mallomonas that are very sensitive to changes in lake water conditions and provide valuable information about changes in water chemistry and temperature resulting from human impacts and climate change. Measurement of heavy metals including mercury from sediment cores using special chemical techniques can give information on the amount of human-driven pollution of lakes. Other measurements such as the amount of nitrogen and carbon stored within sediment can also give clues about the human input of nitric acid and the biological productivity within lakes.

Through the combination of these different analytical techniques, our team found significant results that raise concern for Siberian lakes located even thousands of kilometres from major human settlements. When comparing the amount of mercury within sediments from the pre-industrial time and the following industrialisation, it was found that levels of mercury had increased since the late-nineteenth century by a factor of 1.6.

As mercury can attach itself to aerosol particles, it can travel great distances from its source and thus this increase likely represents the dramatic increase in heavy metal pollution resulting from the expansion of industrialisation across swathes of the northern-hemisphere.

Measurements of nitrogen also showed increases during industrialisation which may relate to the fallout of nitric acids from the atmosphere from human sources.

When looking at the shifts in the algae group of diatoms preserved within the sediment, our team found that increases in the amount of small diatom types since the nineteenth century was likely related to climate change and perhaps also to higher nitrogen amounts within the lake water that is important for controlling their reproduction. A particularly significant finding made by the scientific team was the finding of abundant algae belonging to the Mallomonas during industrialisation. This is important, because finding Mallomonas in lakes usually indicates acidification of the lake and its nutrient enrichment. This is because they can tolerate lowering pH values, which is fairly considerable for lakes of the size of lake Bolshoe Toko. This finding was supported by decreasing amounts of species that prefer more alkali conditions.

In conclusion our team managed to identify the impact of global climate change and warming within far remote Siberia alongside increasing acid and heavy metal supply from industrial sources within the lake. Despite the fact that lake Bolshoe Toko is very remote, our study has shown that the impact of humans knows no borders and has far-reaching consequences. 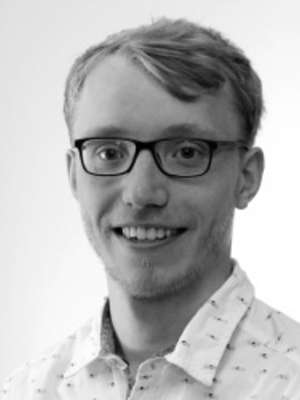 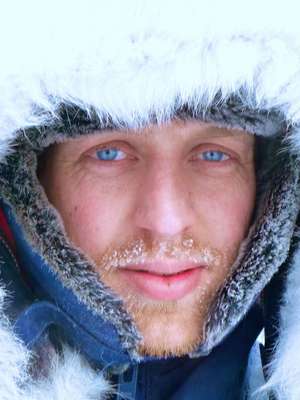 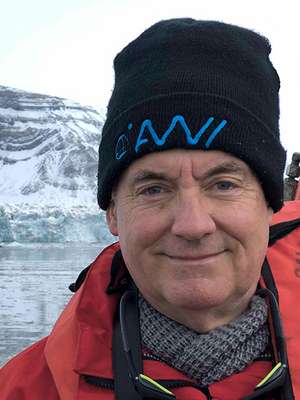 Permafrost is warming at an alarming rate
Siberia: gases are released from permafrost soil