The interconnected web of food production, climate and society

Production and consumption of food must be fairly shared by socioeconomic systems.

All organisms modify the environment around them to better suit their needs, but ever since the birth of agriculture around 10,000 years ago, humans have been doing so quite profoundly. Agricultural system can differ markedly from the ecosystems they replace, in the most extreme cases replacing biodiverse forests with large expanses of monoculture crops. 12 % of the global land surface is occupied by cropland, with a further 25 % used for grazing. Overall, approximately 25 % of the sun's energy captured by plants is now appropriated for human use.

The area of cropland required to support human societies depends on the human population reliant on it, their dietary preferences, and the productivity of the cropland. Cropland coverage has increased greatly with the dramatic rise in global population over the last 500 years but, more recently, much of the required increase in food production has been met by modern farming practices, such as fertilisation, mechanisation, breeding of more productive production, climate and society crop types, and suppression of natural pests. Many projections of how the global population will be fed in the 21st century are based on the idea that technological advances will continue at the rate of the last half century, or that places where these advances have not yet been effectively implemented, often developing countries, can realise large increases in agricultural production through transfer of these technologies. It is far from clear, however, if these projections and their underlying assumptions are realistic.

Temperature increases or changes in rainfall as a result of climate change can have a profound effect on crop growth. In addition to the obvious effects of drought, heat-waves during the flowering stage can substantially reduce the yields of grain crops. Furthermore, extreme weather events such as floods or hailstorms, which are expected to increase in intensity under climate change, can destroy crops in the field. The combination of these factors can act both to reduce crop yields, and to make themless reliable. As is so often the case, these negative effects are not expected to be spread equally across the globe, but are instead concentrated in tropical regions, where crop production is often already marginal.

Carbon dioxide also reduces the water requirements of crops, something that may be very important in arid regions, or those regions likely to become arid under a changing climate. The overall effect of carbon dioxide and climate change on crop yields is, however, very uncertain. Experiments show a mixed response, and no-one knows for sure how yields will respond. There are also questions over whether increased carbon dioxide will change the quality of crops; there is some evidence that it may decrease the protein and mineral content.

Clearly, climate-driven changes in crop production will have a strong bearing on the amount of cropland required, and where it would best be located. In the face of falling yields, agricultural expansionor re-location of croplands may be the only way to increase food production, yet there is little unused land on this planet. Moving or increasing cropland area will always come at the cost of some other function provided by ecosystems, for instance carbon storage. Natural ecosystems store huge amounts of carbon, twice to three times the amount in the atmosphere. Although there are some exceptions, croplands tend to store less carbon in both vegetation and soils than the naturalsystems they replace. The harvesting of crops removes material that would otherwise end up stored in the soil. In addition, processes such as till age open up the soil structure, increasing both the likelihood of soil erosion, and the rate at which carbon-containing substances in the soil are decomposed into carbon dioxide. The actual amount of carbon lost varies with climate, crop, soil type and farmer choices. For instance, farming methods which avoid tilling, and which leave the non-food part of the crop on the field, can greatly reduce such losses.

These effects of agriculture on greenhouse gases can even lead to feedback effects; reductions in crop yields due to climate change, for instance, may lead to cropland expansion, reducing carbon storage and increasing emissions of other greenhouse gases, and thereby increasing climate change, which in turn further decreases crop yields. The opposite is also possible. Therefore, in order to understand human land-use requirements in the future, it is critical to understand how crop production will evolve under climate change and associated socio-economic changes. But simultaneously, to understand climate change, we must also know how croplands will expand or contract, or how their management will change. There are also questions of whether socio-economic systems are able to transport food from where it is best produced to where it is most required, or whether economic realities may dictate a course of agricultural land use that does not follow the theoretically-optimal path. The fundamental interconnection of these many human and natural systems poses a huge challenge to researchers. Unravelling this complex picture is key to understanding how to adapt to the unavoidable effects of climate change, and how to effectively mitigate against the most extreme changes. Without such a holistic understanding, efforts to maintain our food supplies or to limit climate change to a reasonable level will rely more on luck than judgement.

How agriculture and forestry change climate, and how we deal with it (Booklet, EU-Project LUC4C) 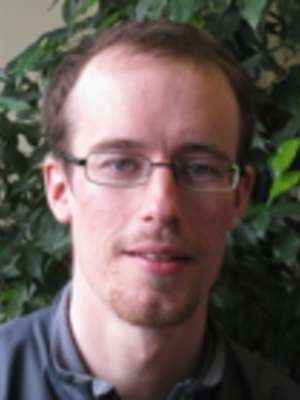