See into the Future with "Weather Hindcasts" 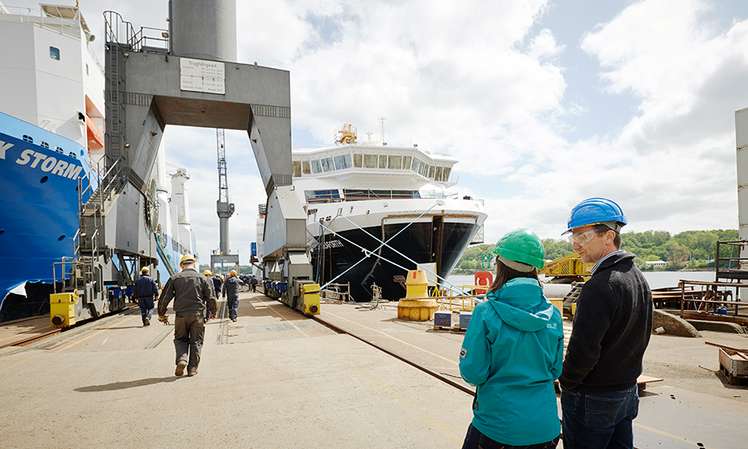 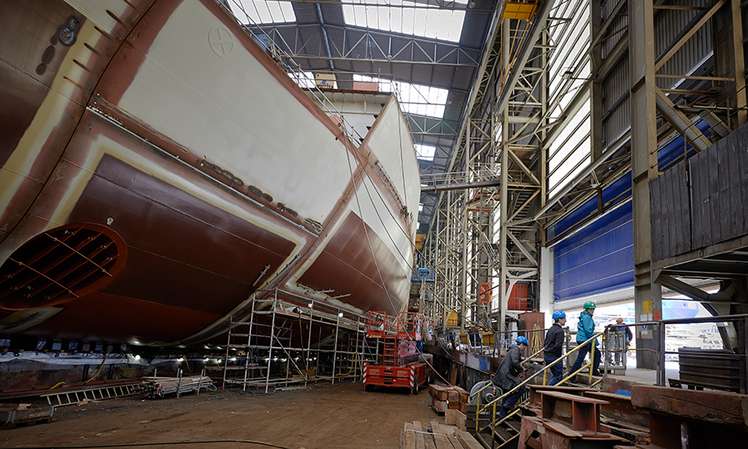 A shipyard in Flensburg uses weather data of the past to build the ferries of tomorrow. The weather models in the coastDat data set allow the scientists to draw conclusions about ship seaworthiness before the vessels are built. Coastal researcher Dr Ralf Weiße, a department head at the Helmholtz-Zentrum Geesthacht (HZG), participated in developing the data set.

Deployment and security of a ship critically depend on the expected weather conditions along the shipping route. Weather data analysis therefore represents a crucial aspect when drafting plans for the ship. The Flensburg shipyard utilises coastal research data in their simulation software: The software calculates the anticipated movement of the ship along a route based on the coastDat data.

Weise says, "The shipbuilding data is rather a by-product. We originally wanted to know how storm tides or extreme sea states change in the North Sea over long periods. The aim was to generate an improved data situation for evaluating long-term changes in environmental marine conditions."

There is very little data available. Isolated data exists from measurement buoys or stations at sea, but no continuous measurement series covering several decades have been recorded using the same methodology. This can lead to misinterpretations. Changes, for example, in measurement methodology might indicate trends that cannot be found in reality. In addition, natural climate variability over periods of forty to fifty years exists, which does not show a trend one way or the other.

Scientists worldwide therefore developed methods to obtain the most precise information possible for regions where very few measurements exist. The technology is based on combining the models with the already available measurement data. The coastDat data set also uses this approach. Based on global model calculations, in which existing measurements were integrated, the HZG researchers develop in-house numerical model simulations for locations lacking real measurements.

Their success lies in that the coastDat data set can display the climatological sea state from 1958 to today. It produces a virtual North Sea for the past fifty to sixty years.

“One important finding that we derived from this data was that storm activity over a period of decades is subject to considerable variability. No long-term trend can, however, be discerned," says Weiße. Nevertheless, storm floods are about twenty centimetres higher than one hundred years ago. The scientists attribute this to the average sea level rise, which causes the base level for storm floods to generally be higher today.

Further use of the data is conceivable: Data from coastDat can be used not only to evaluate climate change in the marine environment and for adapting ship design, but the statistics are also interesting for the planning and logistics of offshore wind parks and for risk assessment.

The coastDat data set with further examples.
The Department of System Analysis und Modelling at the Institute of Coastal Research.

Text, photos and graphics unless otherwise noted are under license of eskp.de CC BY4.0

Photo Gallery: Observation of the seas
Marine Research on Ferries