Sea ice is an important component of our climate system and of great importance for the global energy balance.

In recent years Arctic sea ice has receded particularly sharply. Recently, in September 2012 as well as in September 2016, a nega­tive ice cover record occurred. A melting sea ice sheet can on the one hand change Arctic weather systems but on the other hand also have effects on large-scale circulation in the atmosphere and thus for example influence winter weather in Europe. Atmospheric research at the Alfred-Wegener-Institut is concerned with examining the climate from a polar perspective and thus makes a contribu­tion to enabling predictions to be made about the weather in the coming seasons.

Sea ice is subject to an annual cycle. In summer it melts due to warming by the sun and in winter it reforms. In recent years the regress of sea ice has increased due to higher temperatures. The ice-albedo feedback also plays an important role: the dark ocean absorbs more solar radiation than the bright sea ice, as a result of which the ocean warms more intensively, assisting the melting of the ice. The heat stored in the ocean is then released into the atmosphere in the following months, which is favoured by the large surfaces with only thin young ice. “Our data show considerably higher temper­atures in the Arctic for the last decade, which are connected to the smaller extent of the sea ice“, says Ralf Jaiser about the research findings.

Warming close to the ground influences the stability of the atmosphere (Jaiser et al. 2012). Warm air shows a greater tendency to rise than cold air, favouring the formation and spreading of depressions. The corresponding more frequent occurrence of cyclones (dynamic depressions) and their increased intensity are confirmed by studies (Stroeve et al. 2012). This results in, among other things, a change in precipitation patterns and thus signifies an influence on local weather systems due to the in­creased regress of sea ice.

Furthermore, relationships between the receding ice in the summer and a change in the typical air pressure and circulation patterns in the northern hemisphere can be determined with statistical methods (Jaiser et al. 2012). If not the weather on individual days is considered but the condition of the atmosphere averaged over several weeks, an air pressure decrease towards the polar latitudes is observed. The size of this difference in air pressure varies with time and describes the Arctic Oscilla­tion. In years with a low ice cover in summer, an on average less pronounced difference in air pres­sure between the mid-latitudes and the polar latitudes occurs in the following winter. As this drives the west wind prevailing in the mid-latitudes, less warm air is accordingly borne from the Atlantic to the continents. Depending on the specific weather situation, the probability of the incur­sion of cold air masses from the north and east as far as Central Europe thus increases.

Moreover, further results show a continuation of the effects of the lower summer ice cover as far as the stratosphere, the second air layer of the Earth’s atmosphere (Jaiser et al. 2013). In the polar night, virtually no warming of the polar stratosphere due to solar radiation takes place. The polar vortex forms here in winter, also due to the resulting large temperature differences. It is characte­rized by a strong west wind at latitudes around 60° N. For this reason the transport of warm air masses to the stratospheric polar latitudes is also hindered, intensifying the temperatures which are in any case low. Studies show that the polar vortex is less pronounced in years with less ice cover in the previous summer. Correspondingly higher temperatures are also observed in the polar strato­sphere. There exists a connection to large-scale atmospheric waves, which in winter spread vertically between the troposphere (the lowest layer of the Earth’s atmosphere, up to about 12 km) and the stratosphere (up to 50 km). These are modified by the changed conditions due to the changed sea ice cover to such an extent that they disturb the polar vortex.

The results shown here have the potential to improve forecasts which provide information about the weather in the coming seasons. However, for this an understanding of the physical mechanisms must continue to be improved in further research work.

More Informationen: Meereisportal, an initiative of the Alfred-Wegener-Institute, Helmholtz centre for polar and marine research. 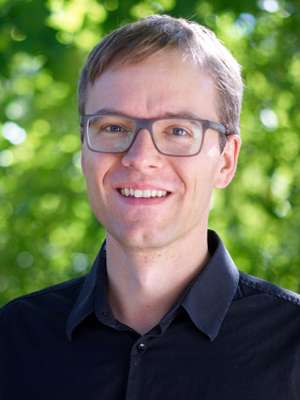