Researchers analyse the distribution of sulphur dioxide in the stratosphere

The distribution of sulphur dioxide in the stratosphere can be investigated over ten years using satellite measurements.

Using a self-developed spaceborne infrared spectrometer, researchers from the Karlsruher Institut für Technolo­gie (KIT) have succeeded for the first time in detecting the distribution and development of sul­phur dioxide in the upper atmosphere (stratosphere) for ten years.

At an altitude of 20-30 km the Earth is surrounded by a layer of sulphuric acid droplets (H2SO4). This Junge layer, named after its discoverer, has a cooling effect upon the Earth’s climate, as the droplets (aerosols) scatter a part of the arriving solar radiation directly back into the universe. Furthermore, the thermal radiation emitted by the Earth is absorbed in the Junge layer, resulting in warming of the upper atmosphere. The quantity and nature of the aerosols determine the degree of cooling or warming and affect the course of important chemical processes in the Junge layer.

Volcano eruptions as a source of sulphur dioxide

Another very important SO2 source are volcanic eruptions extending to high altitudes, whose  gas clouds reach as far as the lower stratosphere. Here the sulphur dioxide contained in the gas cloud is transformed into sulphuric acid droplets. These aerosols have relatively long (> 1 year) residence times in the stratosphere and thus a direct long-term impact on the radiation balance of the Earth. An effect on the climate has for example been verified for two of the most im­portant v eruptions: the devastating effects of Tambora in 1815 were followed by the so-called “year without a summer“ with crop failures and famines in Europe.1 As a result of the Pinatubo erup­tion in 1991 a global cooling of the lower troposphere by about 0.5 °C was determined2.

Models prove that the climatic effects in the summer months (northern hemisphere) are a direct consequence of the altered radiation balance. However, the winter months show a complex picture, with stratospheric processes playing a part. Detailed measurements and the quantification of sulphur dioxide in the stratosphere are therefore essential for model evaluation and an understanding of the process, and are particularly important in view of the discussion about the possible intervention of humans in the climate system, so-called climate engineering measures.

To date only single measurements of SO2 have been taken in the altitude range from 30 to 50 km, and no observations whatsoever have been made at altitudes from 20 to 30 km – a major deficit in the understanding of the stratospheric sulphur budget. The KIT has now succeeded for the first time in deriving a 10-year globally resolved dataset of the atmospheric SO2 concentration in the altitude range from 15 to 45 km from data of the satellite-borne MIPAS infrared spectrometer. MIPAS was developed at the Institut für Meteorologie und Klimaforschung (Institute of Meteorology and Climate Research) of the KIT and was one of the main instruments on board the European envi­ronmental satellite Envisat, which provided data from 2002 to 2012. The device simultaneously measures vertical profiles of the temperature and of more than 30 atmospheric trace gases. As MIPAS analyses the infrared radiation (thermal radiation) emitted by the molecules, it can record spec­tra both during the day and at night.

On the basis of this dataset, key stages in the development of the sulphur budget in the stratosphere can now be directly analysed and quantified4: input by volcanoes (Figure), production from COS at an altitude of 25-30 km and formation of SO2 above 30 km. As MIPAS was also able to take measure­ments during the polar night, the sinking of the air masses at high altitudes was observed for the first time and confirmed as an area with a low SO2 values. It was also observed that in spring SO2 is trans­formed into sulphuric acid droplets at sunrise above the polar areas, a process which had been con­sidered to be the explanation for the so-called “aerosol explosion“ at altitudes of 25-30 km in spring and which could now be observed and confirmed for the first time.

These new, unique measurement data will make it possible to better quantify the stratospheric sul­phur budget and the associated processes. Furthermore, the sources and low SO2 value areas of the individual components can be determined and an improved treatment of the sulphur-containing substances in atmosphere models thus achieved. This is particularly important, as such models are among other things used to assess the possible effects of climate engineering measures, e.g. by the targeted introduction of sulphur into the stratosphere. The MIPAS data are used by the SSiRC work­ing group (Stratospheric Sulfur and its Role in Climate). The aim of this group is to quantify SO2 amounts in the stratosphere and to examine SO2 emissions depending on the duration and height of volcano eruptions and the associated climatic effects. Moreover, anthropogenic input sources are verified and made available for the modelling of climate and air quality. SSiRC is part of the SPARC research initiative (Stratosphere-troposphere Processes And their Role in Climate) of the WCRP (World Climate Research Programme). 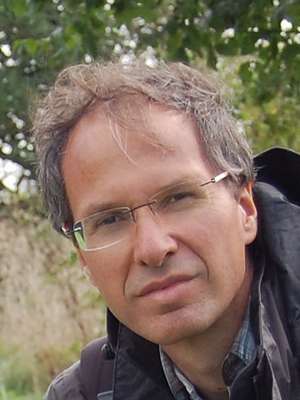