Scientists report for the first time on the existence of dead-zones in the open waters of the Atlantic Ocean.

A summer bloom in a lake, pond or the near-coastal area, can stimulate extreme microbial activity that create an intermittent oxygen depletion and which in turn may lead to killing of fish and other organisms. The phenomenon is known as “dead-zone” and is well known by those having a pond in their garden. Unless the pond is “ventilated” with oxygen via a fountain or a water fall, the natural balance between oxygen demand (mostly by microorganisms) and oxygen supply can easily be disturbed and the pond becomes anoxic – killing fish and alike.

So far it was assumed that dead-zones do not exist in the open ocean. This is because “dead-zone” are created only if extreme changes in oxygen occur, converting a region supporting life into a region hostile to life. Thinking of the ocean as a continuum, local extremes will normally “smoothed out” by transport processes and sharp contrast, e.g. in oxygen, will be “removed”.
Indeed large oceanic regions exist in the eastern portions of the oceans, where oxygen is extremely low. However, in these “oxygen minimum zones” the situation is different, because they exists since millions of years and as such the ecosystem is well adapted to life with them. In fact, some organisms, such as the Humboldt squid, hold breath for long periods of time and “hide” in the oxygen-depleted zone for predators.

This view has now been changed – in an article, published in Biogeoscience last month, a team of scientists from GEOMAR Helmholtz Centre for Ocean Research Kiel, Germany; the MARUM, Bremen; and Dalhousie University, Canada; report on the first observations of “dead-zones” in the open water of the Atlantic Ocean. By combining observational data (oxygen, ocean currents, hydrography) from ships, moored sensors, drifting sensors, and satellites, the team was able to connect the intermittent appearance of oxygen depletion at a mooring site northeast of the Cape Verde Islands to ocean eddies, whirling water masses that have a diameter of more than 100km and exists for many month. The eddies are formed off the West African coast and slowly (about 5km per day) propagate westward, into the open Atlantic, by chance some of them crossed the mooring and influenced the time series data. Based on the available data, the researcher team could show that during the westward propagation, the oxygen content decreased dramatically within the eddies in a depth range from several 10’s to about 100m depth. Intense productivity (plant growth) in the surface layer of the eddies was seen from satellite data. Despite the fact that the ocean is a continuum, the maintenance of a strong change in oxygen can be explained by peculiarities of ocean eddies – it has been shown in the past that the rotation of the eddy creates an apparent “boundary” between the eddy interior and the surrounding waters that allow for only sluggish exchange between the two regimes. The combination: sluggish water renewal and high productivity with subsequent microbial activity, can drive the oxygen content down in the eddy and create a dead- zone.

A potential threat may come from the propagation of the dead-zone eddies and a potential interaction with islands, such as the Cape Verdes. In that case an invasion of the coastal areas with low oxygen waters is expected that very likely has an impact on the coastal ecosystem. In fact, unexplainable mass mortality of fish and other sea creature, so called “sudden fish death”, have been reported for the Cape Verdes, as well as for many other coastal regions, in the past and “stranding” of dead-zone eddies may one reason for that.

No indication exists that the dead-zone eddies are a new phenomenon – they should have always been existent in the ocean. As such one may speculate why the dead-zones have not been observed before? The authors think they have been simply “overlooked” in the past.  Although oxygen is, after temperature and salinity, the best and longest observed property of seawater, past limitations in resolving a vertical oxygen profile with the resolution that would have allowed to conclude on a “dead-zone” existed. A single low oxygen value very close to the surface ocean, which is saturated in oxygen, have been disregarded as outliers and not further interpreted in the past. 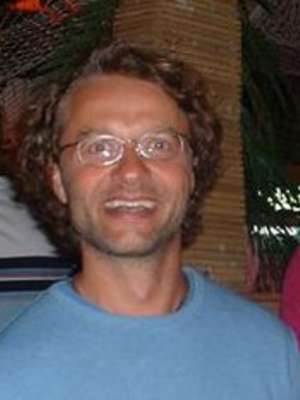 Marine Research on Ferries
Photo Gallery: Observation of the seas
Oceans important for the Earth’s climate