Interaction between climate change and permafrost

The global temperature increase may allow permafrost to thaw to ever greater depths during summer seasons. This has serious consequences for the environment, civilisation and the Earth’s climate.

Prof. Dr. Hans-Wolfgang Hubberten from the Alfred-Wegener-Institute (AWI) is studying the interaction between climate change and permafrost.
Permafrost is frozen all year round. The temperature of such soils must remain below zero for at least two years. Permafrost regions cover 25 per cent of the Earth’s surface. Above all, these frozen landscapes characterize large areas in Siberia, Canada and Alaska. In Central Siberia the soil can freeze down to a depth of more than 1,200 metres.

When the permafrost thaws, microorganisms also become active and convert the carbon compounds stored in the soil into methane, steam and carbon dioxide, which enhance the greenhouse effect when released out from the soil.

Examples and effects of the retreat of permafrost

In the course of warming the southern boundary of the permafrost will retreat northwards. Compared with today, when northern soils thaw to about 50 centimetres during the summer, the soil may thaw down to 80 centimetres in 100 years. In all these areas the flora and fauna must adapt. Areas, which were previously dry can become moist. On the other hand it is possible that regions with many lakes and ponds suddenly dry out. The water from the lakes seeps into the subsoil if the permafrost thaws intensively and thus becomes permeable.

The AWI team has been following developments for more than 15 years at the "Samoylov" research station in the Lena Delta in North Siberia. “Climate change is now also having a significant impact here: even at depths from 18 to 26 metres a temperature increase of up to 0.5 degrees Celsius was measured from 2006 to 2011 in the frozen subsoil ", says Hubberten.

A measuring campaign during which more than 600 drill holes in various permafrost regions were equipped with thermometers shows warming of the soil down to depths of in some cases 20 metres in parts of Alaska, Canada and Siberia.

Consequences of the retreat of permafrost for humans

Hubberten describes the possible effects of climate change and the associated retreat of the permafrost: "Above all in Siberia several railway lines are becoming no longer usable because the tracks are subsiding. At one airport in Siberia I observed that several points of the runway could no longer be used, because it is sinking due to the thawing permafrost. And in Russia, Alaska and Canada oil pipelines are becoming unstable. Leaks may occur and hundreds of thousands of litres of oil may escape. Also the coasts will suffer more severe erosion, and houses will fall into the sea. A large number of dangers which have until now not been taken into consideration." 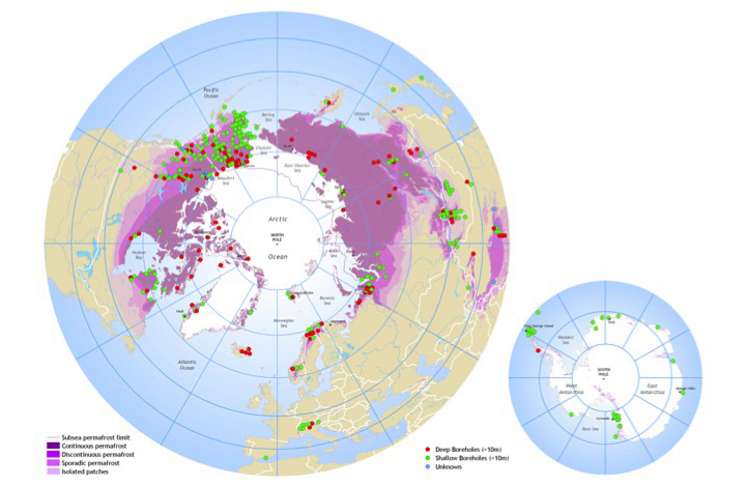 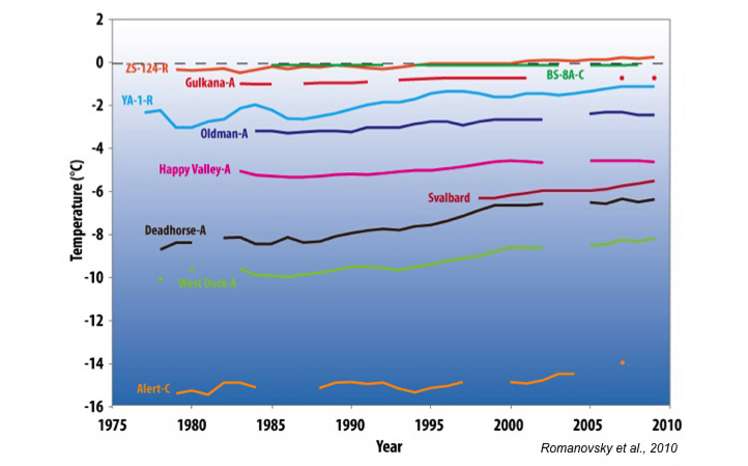 Extent of permafrost in the northern hemisphere. (Map: AWI)
Examples from Alaska, Siberia and Spitsbergen show how permafrost temperatures have increased in the last three decades. (Illustration: AWI) 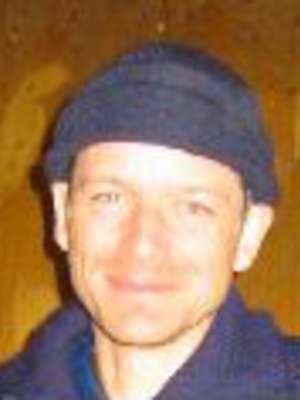 Climate research in the permafrost region
Siberia: gases are released from permafrost soil