How does Elbe flooding change the river ecosystem and the water quality in the North Sea? MOSES measurement campaign studies effects of severe rain events 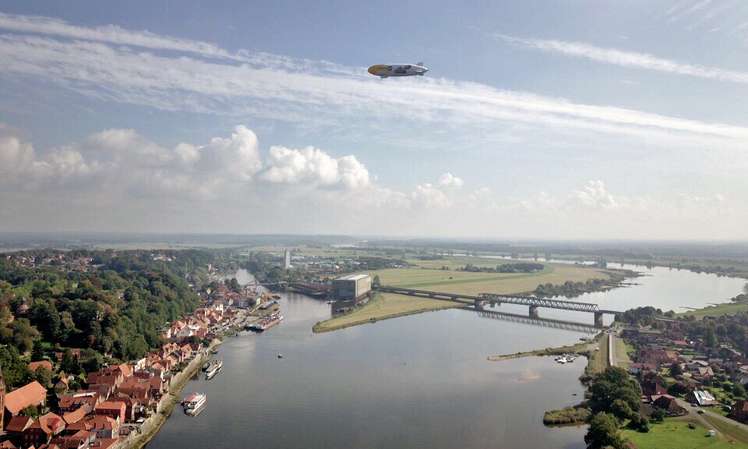 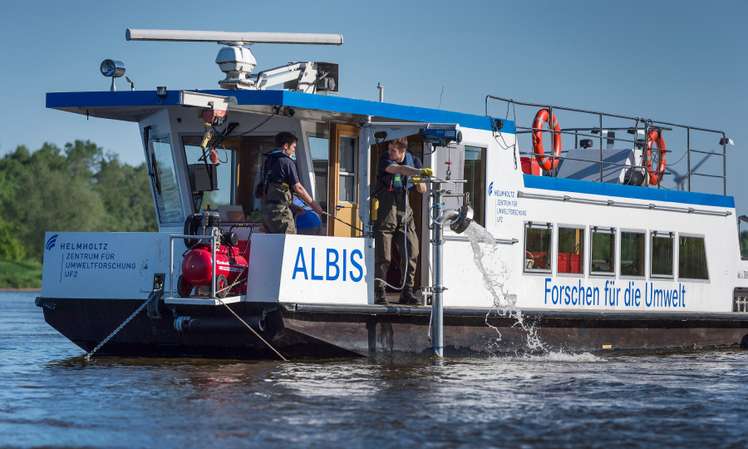 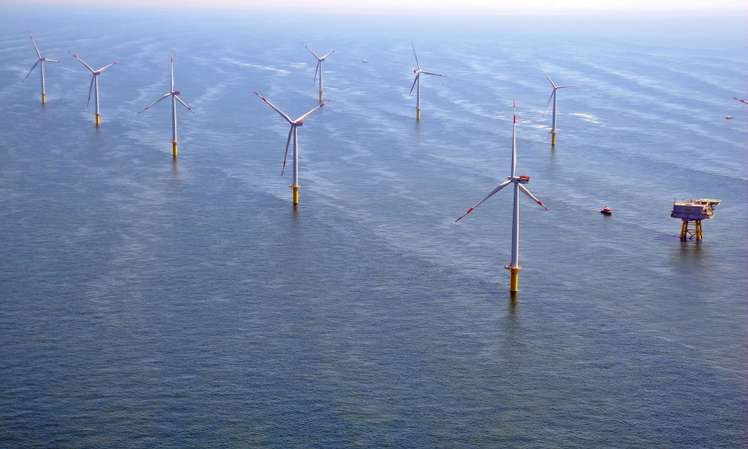 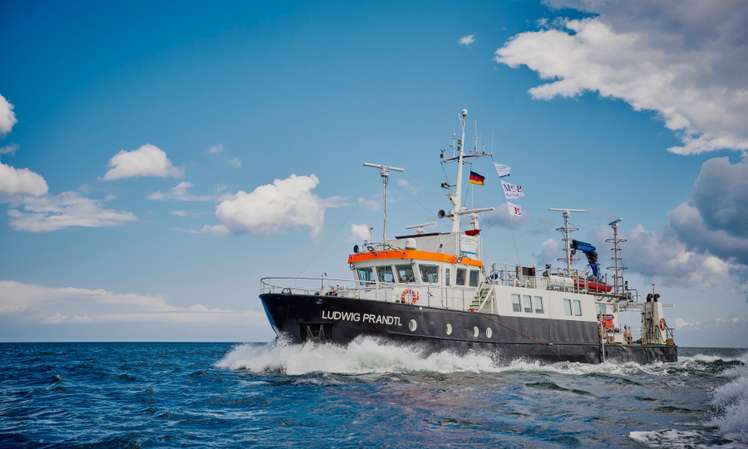 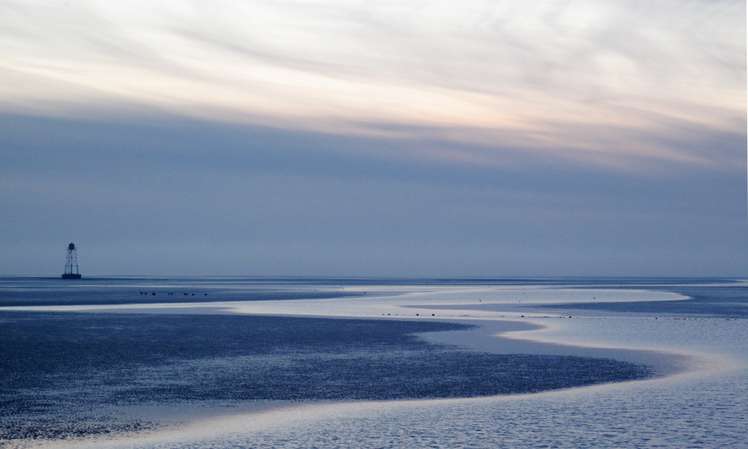 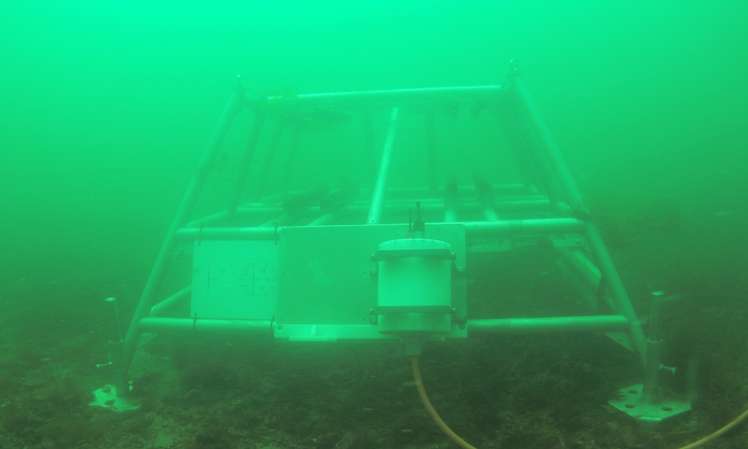 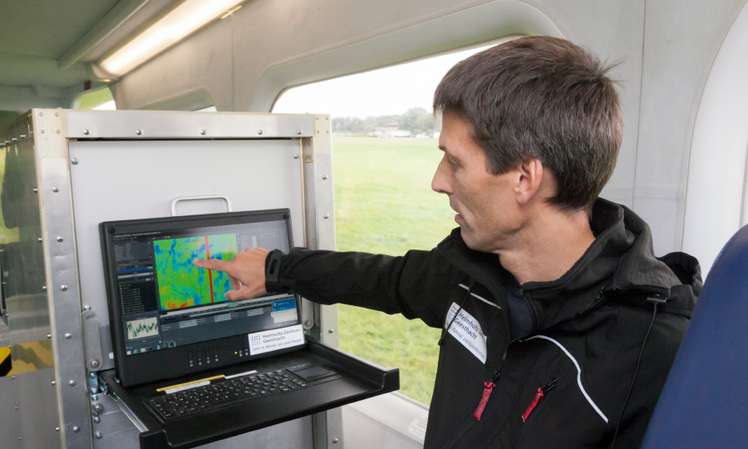 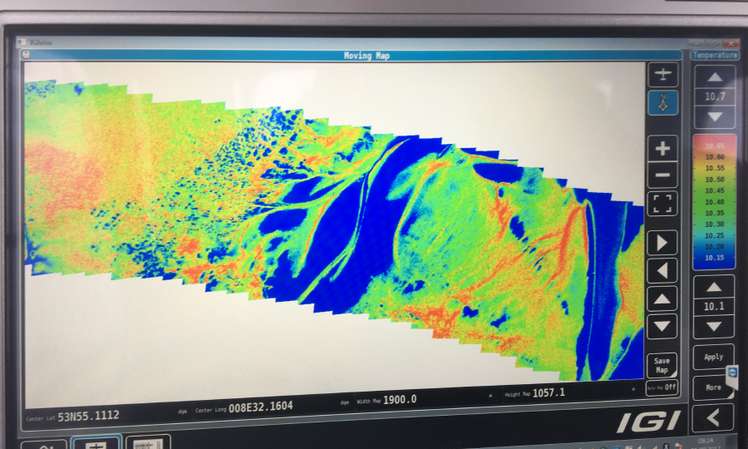 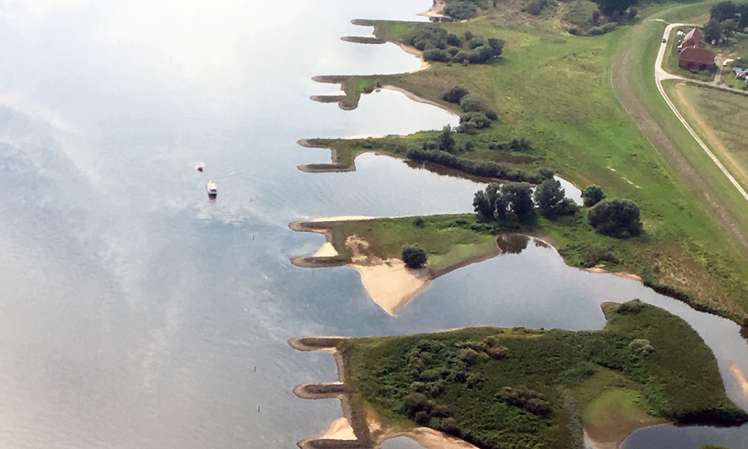 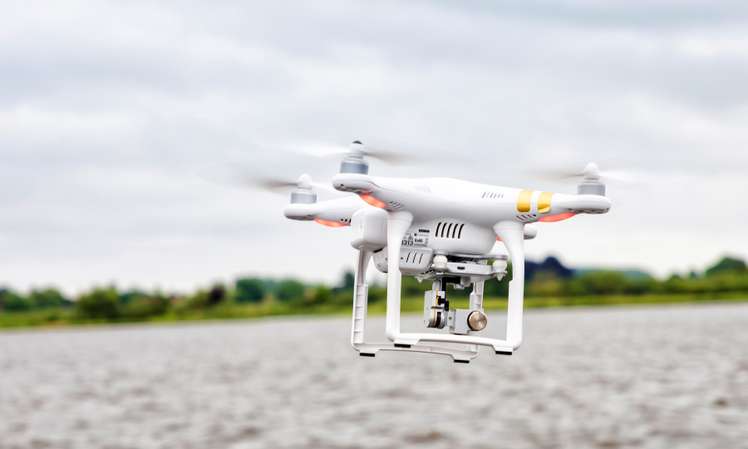 The high-tech research zeppelin from the HZG above Lauenburg, where the Elbe and the Elbe Lübeck Canal meet. One instrument on board is a special camera that provides precise temperature maps of the water surface and records even the smallest temperature differences. (Photo: Barne Peters/HZG)
The research ship ALBIS facilitates water and sediment sampling at any random location along the Elbe, even in shallow water areas. (Photo: André Kuenzelmann/UFZ)
An offshore wind park in the North Sea. (Photo: Sabine Billerbeck/HZG)
The research ship Ludwig Prandtl, with its shallow draft at a maximum of 1.70 metres, is perfect for navigating not only the North and Baltic Seas but also for use in the Wadden Sea and in estuaries. It is therefore the ideal platform for the Helmholtz-Zentrum Geesthacht’s coastal researchers during their scientific experiments in the coastal region. They study, for example, how the Elbe water flowing into the North Sea spreads. (Photo: Christian Schmid/HZG)
The MOSES measurement campaign is also exploring the Wadden Sea. It is interesting to the HZG researchers how the vegetation develops and how the Wadden Sea morphology changes. (Photo: Torsten Fischer/HZG)
The underwater node is a “data socket” on the seabed: up to ten measurement instruments can continuously be supplied with power and operated maintenance-free on a long-term basis. The underwater node was conceived by the Helmholtz-Zentrum Geesthacht (HZG) and developed in cooperation with the Alfred Wegener Institute (AWI). (Photo: PhilippFischer/AWI)
Prof Burkard Baschek heads the Institute of Coastal Research at the Helmholtz-Zentrum Geesthacht. He prepares the measurements on board the research zeppelin. (Photo: Janine Martin)
The mudflat south of Scharhörn Island, which lies in the Wadden Sea National Park Hamburg. Temperature differences of only a few tenths of a degree are visible on the monitor. (Photo: Burkard Baschek/HZG)
The ALBIS research vessel image was taken from the zeppelin above Hitzacker on the Elbe. (Photo: Burkard Baschek/HZG)
Flow measurements with a drone. (Photo: Rasmus Lippels)

Climate change is likely to contribute to more frequent severe rain events along the Elbe. But the exact extent of environmental change remains difficult to predict. An observation system called MOSES aims to determine precisely how floods alter the Elbe ecosystem and the coastal regions.

Led by the Helmholtz-Zentrum Geesthacht (HZG) scientists from the Alfred-Wegener Institute (AWI) in Bremerhaven as well as from the Helmholtz Centre for Environmental Research (UFZ) in Leipzig used a zeppelin in an initial measurement campaign. In addition to the zeppelin, several drones and research ships from AWI, UFZ and HZG were also put to use. Apart from measurement data from the flying and floating research platforms, the researchers evaluated additional data from stationary measurement stations.

The Helmholtz scientists set out to comprehensively measure all processes that lead to the complex interactions between ocean, coast, land and atmosphere for the first time. They also studied the effects of offshore wind energy plants on the ocean currents in the North Sea.

The expedition was part of a new Helmholtz Association project. The five-year MOSES initiative stands for "Modular Observation Solutions for Earth Systems". A total of twenty-eight million Euros has been made available to the eight participating research centres for developing and operating the new flexible Earth observation system.

Within the framework of MOSES, the first measurement campaign involved more than twenty researchers. With the novel mobile and modular MOSES concept, dynamic and long-term observation methods in different compartments of the Earth system are to be directly linked with one another for the first time. They are to be used at short notice during flood events.

Measurements taken on the Elbe and in the Wadden Sea are also a further test of the measurement methods and the rapid data exchange between the different platforms. The scientists study, for example, how nutrients are transported via precipitation, plants and soil into the rivers and ultimately into the North Sea as well as how they influence the growth of marine algae there.

Land along the Elbe is heavily flooded during severe rain events. The floods then transport nutrients or pollutants, which ultimately wind up in the North Sea. The researchers are interested in the flow conditions as well as the physics behind these conditions. How are pollutants and nutrients transported? How are they mixed? The researchers aim to discover how nutrients from agriculture interact with temperature and current. A certain "taking stock" is carried out in this first measurement campaign. The data can later be compared with those during a flood event to better understand these processes.

A vehicle that can remain directly over the event itself is required for studying very small-scale phenomena. It isn't enough to just take a single still shot of the event. It is necessary to observe and record in full a phenomenon in order to understand it. This is something that the zeppelin can do. It can remain hovering in place and does not, for example, create turbulence of its own. Further advantages of using the zeppelin are its flight duration - it can fly for ten hours on one tank - and the fact that it takes measurements from up above means that it does not influence the results. A helicopter, for example, would create turbulence on the water's surface.

Several special cameras were installed on board the zeppelin. A hyperspectral camera records the water's light spectrum. From this, the researchers can recognise the different water constituents, such as green or brown algae. The infrared camera installed on board provides, for example, temperature maps of the water's surface from an altitude of one thousand metres and captures fifty images per second. The thermal camera can measure even the smallest temperature differences of 0.03 degrees Celsius. The flow rate is measured with an additional camera.

The UFZ's research vessel ALBIS studies the spatial and temporal variability of material input from the Middle Elbe into the tidal area during low tide. In order to carry out this work, the scientists take water samples in the river's cross section between Magdeburg and the Geesthacht weir, analyse the samples directly on site in the on-board laboratory and study aspects such as nutrients, organic sum parameters and trace elements.

At a water depth of approximately eleven metres, the underwater node provides a permanent power and data connection to which scientific devices can be connected and operated remotely. At present, current, salinity and oxygen as well as fish fauna and ground-dwelling creatures are recorded and studied continuously throughout the year. The data series obtained in this manner form a vital basis for answering questions concerning environmental change in the North Sea. The underwater node was developed by AWI and the HZG and was put into operation in 2012.

Data from the FerryBox in Cuxhaven was also taken into consideration. The FerryBox is an autonomous measurement system. These systems are installed on both ferries and cargo ships with fixed routes as well as at fixed locations. They contain sensors to automatically capture the condition and water quality of the sea. This permanent measuring method is an economical, reliable and steady way to record data on salinity, water temperature, algal concentrations and many other quantities.

The location and condition of tidal channels, mussel beds and tempestite deposits, sea grass and beach areas can be captured from the zeppelin as well as the morphological changes in the mud flats and the development of vegetation on the islands. This data is also analysed on the islands of Neuwerk, Scharhörn and Nigehörn by the Wadden Sea National Park Hamburg.

The drone is equipped with a camera. This is used to measure river current rates and to examine smaller waves. Film recordings of the wave motion are taken in order to carry out these measurements. The average flow for the upper ten centimetres is recorded for the entire area. The filmed waves were evaluated using image processing methods and computer programs developed in house. The measurements were carried out over the Elbe near Lauenburg.

MOSES is a Helmholtz Association project examining processes that occur in complex event chains and connect the oceans, coasts, land surfaces and the atmosphere. HZG is involved in two event chains. The HZG heads the "Ocean Eddies" event chain, for which a zeppelin, aircraft, speedboats and autonomous diving robots will be utilised and numerous measurement methods are being developed.

The expedition has been made possible by the new MOSES project. A total of twenty-eight million Euros has been granted to the participating research centres for developing and operating MOSES. Within the project's framework, the first measurement campaign involved more than twenty researchers. With the novel, mobile and modular MOSES concept, dynamic and long-term observation methods are to be directly linked with one another for the first time and to be used at short notice during flood events.

HZG scientists under the leadership of Prof Burkard Baschek, Director at the Institute of Coastal Research, used a zeppelin for the first time to measure small ocean eddies. The researchers studied the mudflats and the Elbe using special cameras during this expedition. The infrared camera installed on board provides, for example, temperature maps of the water's surface and captures fifty images per second. The thermal camera measures even the smallest temperature differences of 0.03 degrees Celsius.

HZG media materials of the measurement campaign.
Description of the project: MOSES and MOSES-Website 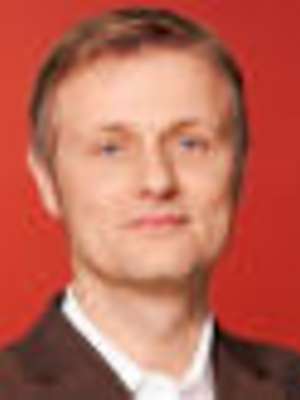