Since the early nineteenth century, Peruvian fishermen have repeatedly reported a dramatic slump in their catch numbers which then led to famines. These events were accompanied by unusually high water temperatures. The frequent occurrence in December of this phenomenon earned it the name “El Niño”, Spanish for “the boy” or “the Christ child”.

The Indian monsoon season never materialised in 1899, something that prompted Sir Gilbert Walker, Chief of the Indian Meteorological Services at the time, to begin developing a method for monsoon predictions. Some years later this led to the discovery of an “air pressure seesaw” between the “maritime continent”, the western Pacific (around Indonesia), and the eastern Pacific. When pressure on the western side of the Pacific is high then the pressure remains low on the eastern side, and vice versa. Walker coined this relationship the “southern oscillation”. The air flow that connects these two regions is today referred to as the Walker Circulation.

It was to take another seventy years before scientists discovered that these two occurrences were part of the same phenomenon: an unstable interaction between atmosphere and ocean, now known as ENSO (El Niño - Southern Oscillation).
An El Niño will also occur this year according to experts. First signs of El Niño are warming of two degrees Celsius above the average in portions of the tropical Pacific and a shift of precipitation areas in this region. The effects could similarly influence the Earth's climate as they did during the last severe El Niño in 1997/98. 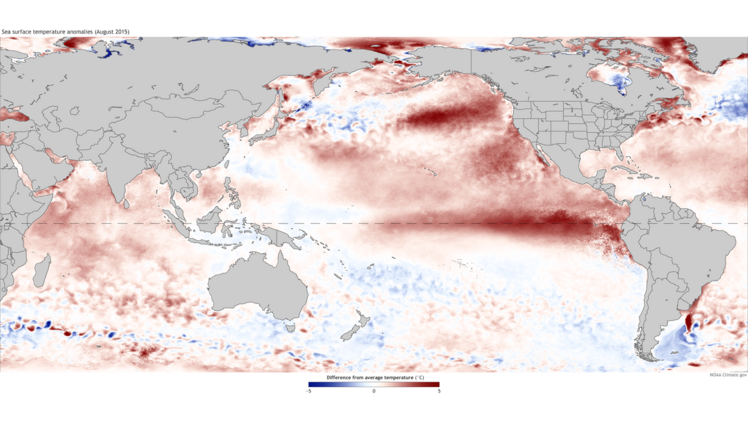 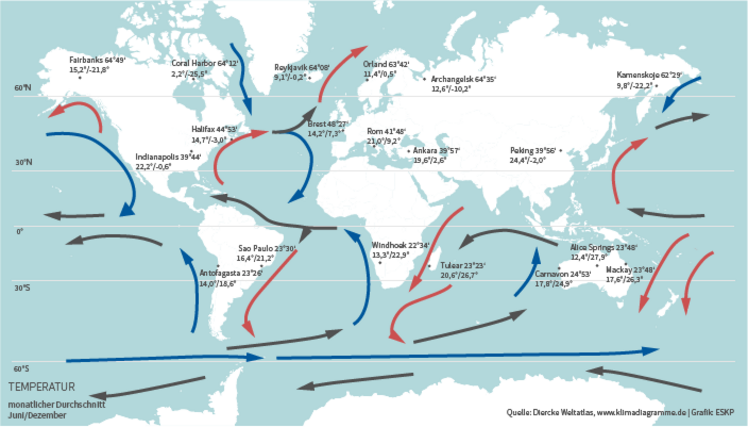 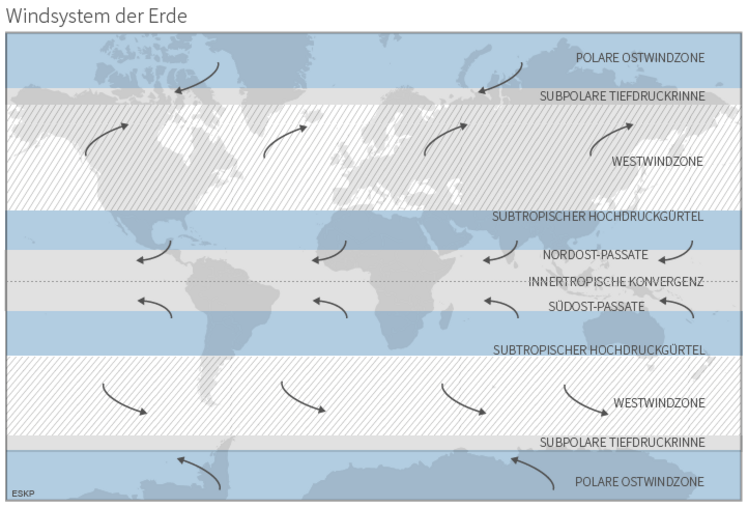 Neither El Niño nor La Niña conditions prevail in the equatorial Pacific during “normal” years. The trade winds blow north of the equator from the northeast, and south of the equator from the southeast: meaning approximately from America to Asia. These winds are responsible, for example, for making the coastal ocean bordering California to Peru cold, transporting nutrient-rich water from the depths to the surface and for creating good conditions for fish population growth in those areas. Warm water, on the other hand, accumulates at the western end of the Pacific; the tropical western Pacific is a few degrees warmer than the eastern Pacific. Air rises, clouds form and severe rains occur above the warm waters of the maritime continent. The central and eastern tropical Pacific, on the other hand, receives very little precipitation.

At irregular intervals (every four years on average), this system changes dramatically: the trade winds diminish or completely stop blowing. Deep cold waters are no longer brought to the surface off the American coasts – this is the phenomenon observed by the Peruvian fishermen. The water accumulated in the west begins to simultaneously flow eastward. The surface ocean in the central and eastern Pacific becomes unusually warm and receives precipitation while the rains fail to appear in the west. The reverse occurs during La Niña events: La Niñas are ultimately intensified standard conditions.

What makes ENSO interesting for scientists as well as for people all over the world are the noticeable effects nearly everywhere on the planet. The closer people live to the equatorial Pacific, the stronger they're affected. El Niños are, for example, often characterised by extreme dryness and drought in Australia. On the other hand, the emerging El Niño could help California by shifting the jet stream (a meandering air current on which the high and low pressure systems travel over mid-latitudes) so that the drought-ridden state receives considerable rainfall. Severe flooding, however, occurred in California during the strong El Niño of 1982/83. In many other global regions (see map), the weather during El Niños and La Niñas can also act up, from droughts to floods, from heat waves to cold periods.

There are still many unresolved questions for scientists concerning ENSO, it’s variations and irregularity. El Niños can at least be predicted now, a few months ahead of time, and can therefore offer affected citizens and their governments time to react. This means Peruvian fishermen no longer need to starve if “the boy” brings a nasty surprise.