The impact on agriculture, forestry, ecosystems, even on tourism and the energy sector is enormous.

During the World Climate Summit in Paris an agreement to save the climate and to stop the global warming is negociated laboriously. But what are the consequences of a temperature rise of 2 °C for us in Europe?

The Climate Service Center Germany (GERICS), which is based in Hamburg, Germany, releases the new interactive IMPACT2C web-atlas. The atlas is based on the comprehensive research results from the EU-funded IMPACT2C project, wherein researchers from twelve European and four Asian and African countries have collaborated on investigating the potential impacts of a 2°C global warming on the various European sectors (climate, energy, health, agriculture, forestry and ecosystems, water, tourism, coasts) and some key vulnerable regions outside Europe. The atlas covers a wide-scope of insights into a world at +2°C , for selected case studies also at +3°C.

The IMPACT2C results clearly show that a global warming of 2°C is going to change many facets of life. This will influence not only Africa, Bangladesh nor low-lying regions and the island states, but these changes will also affect Europe, albeit weaker than the previously mentioned regions.

The adaptability of the farming to droughts in various european regions, extended and increasing heat waves or changes of the strength and duration of precipitation are selected aspects of IMPACT2C. The atlas allows a detailed view at the different effects of an increasing temperature in different regions of Europe.

Although the agricultural total production within Europe would rise significantly caused by warmer temperatures, but for Southern and Eastern Europe it would be much more difficult to adapt higher temperatures and droughts than for the rest of Europe. Especially Hungary would, for example for the cultivation of maize, which is the second most important farming product within the European Union, affected by the climatic change in particular.

Moreover, the amount of precipitation in Central and Southern Europe during the summer would decrease and contrariwise in many regions in Europe in the winter. The number of heat waves in Europe would be doubled and exacerbate the negative health effects such as heat mortality.

The detailed results are shown in the interactive web atlas of the IMPACT2C project.

Links:
For more information on the key findings read an interview with Dr. Daniela Jacob (Director of GERICS and Coordinator of the IMAPCT2C project.

Additionally a policy brief is now available that summarizes the project’s findings on the Maldives, Bangladesh and the Niger and Upper Blue Nile River Basins in Africa. 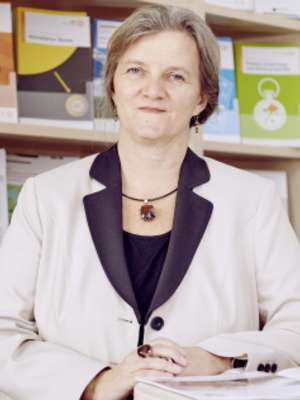 Adapting to climate change: strategies and activities
Effects of global warming of 2°C in Europe
Cities and Climate Change