Climate of the Future

The largest solar thermal power station in the world lying in the middle of the radiation-rich Moroccan desert; a development loan for creating new agricultural land for coffee plantations in Madagascar; or money for creating a coastal route connecting underdeveloped regions of Tanzania. How do changes in climate affect such long-term projects? If temperatures continue to rise, this scenario is good for solar thermal energy, but photovoltaic cells provide less energy. Their efficiency sinks linearly with increasing temperature. A change in solar radiation on the ground is likely with increasing aridity and thus a possible rise in dust input. A rise in average temperatures and a change in the wet and dry conditions during the course of the year could cause the spread of “coffee leaf rust” (rust fungus Hemileia vastatrix) and could lead to vast crop failures. To what extent does sea level rise regionally and endanger coastal infrastructure? Political decision makers and lenders are forced to consider sustainability in planned development projects and investments because poor decisions result in huge financial losses. Taking climate factors into consideration has become a must. The actual implemented project in Morocco alone carries an estimated total cost of 2.6 billion US dollars, and the World Bank will finance 400 million of that in advance. Noor 1, the first power station in the world's largest solar energy complex has just begun operation and is expected to require approximately 480,000 litres of water per year to cool the parabolic troughs. Information on the climate water balance in the region would show how much water is actually available. Climate projections provide clues as to if and how this could change in the future.

It has so far been extremely difficult to obtain comparative transnational information on possible future climate developments. Developing countries in particular do not have the capacity to evaluate large numbers of available climate simulations. The Climate Fact Sheets, developed jointly by the Climate Service Center Germany (GERICS, Helmholtz-Zentrum Geesthacht) and the Kreditanstalt für Wiederaufbau, will make it easier to see into the future. The focus here lies in information on possible climate changes in the 21st century. The data evaluations are performed for 30-year time periods with 2030, 2050 and 2085 as target time horizons. More than seventy CMIP5 climate simulations were taken into consideration. Covering only a few pages, the Climate Fact Sheets now show the essential climate characteristics for individual countries or regions across the globe. Regions are instead examined if individual countries, such as Ecuador, are too small to make meaningful statements at a spatial resolution between one hundred and five hundred kilometres. Ecuador and Peru, for example, needed to be viewed together. Brazil, however, is so large that it includes several different climate zones. In such cases, the analysis is done individually for each climate zone and is accordingly represented separately in the Climate Fact Sheet.

Each Climate Fact Sheet begins with essential facts on the current climate. All climate zones for a country/region are listed according to the Köppen-Geiger classification, with general climate specifics briefly laid out: the cold Humboldt current causes the aridity on the Peruvian coast (BWh – hot desert climate); the Benguela current causes the cool dry climate on Namibia' s coasts, and so on. A concise summary of historical climate development in the nineteenth century for the respective land/regions then follows. Data that requires painstaking research, such as average heat wave duration, is also presented. The definition of heat wave used here comprised days with temperatures in the top five per cent of days in the reference time frame. This is why, for example, they are the same length in Brazil and arid Namibia, but of course differ in the absolute temperature threshold. The average duration of dry periods can also be found, which is quite different for the two countries. In the temperate Brazilian climate, the duration is only eleven days on average and in Namibia it is a total of 131 days. Even the specific solar radiation – that is, energy expressed in kilowatt hours per square metre and year that the reaches the ground on average in this region—is included in the short overview. Heavy rain events, for example, are also of importance for planning new nationwide transportation infrastructure. Historically in dry Namibia on average almost one tenth of the annual rainfall fell on a single day. The introduction concludes with a brief review of extreme weather events. Brazil, according to the review, experienced a severe drought between 2012 and 2014 that affected twenty-seven million people, with an estimated loss of at least 1.46 billion US dollars.

The main component of the Climate Fact Sheets subsequently follows with numerous well-founded statements* on possible climate changes in different assumed emissions scenarios. In addition, the regional changes at two different global warming rates are taken into consideration. The first assumption is that the global average temperature rises by less than 2°C. This political objective can only be achieved by avoiding further climate-impacting emissions to the greatest possible extent. The second assumption is an increase in the average global temperature by more than 4°C by the end of the 21st century. The climate models and thus the Climate Fact Sheets most reliably project all parameters that are based directly or indirectly on temperature measurements. Heat waves, cold spells, the average annual temperature and the temperature maxima are therefore most reliably represented for the future. Thus, for example, the north and north-western regions of Brazil will show the strongest temperature increase. By the end of the century, there could be a possible temperature increase of between +1.7 and +5.3 °C in these humid tropical regions depending on the underlying emissions scenario (comparison period 1971-2000). The breadth of possible climate changes is considerable. Future (around 2050) heat waves in Ecuador/Peru, for example, could last six to ninety-four days longer. Nevertheless, this range provides planners with scenarios that possess a high likelihood of occurring. A scenario is then very probable if 90% of all projected changes within it are taken into account. A special detail is the expert assessments included of the signal strength and the confidence in the projected changes. They are based on clearly defined criteria and on carrying out standardised computations for each country/region: what is calculated, for example, is how heavily a projected parameter change goes beyond the natural breadth of variation in the reference period, how well the models reflect today’s climate conditions and how well their future change projections match.

It is particularly difficult to derive changes of wind velocity and solar radiation—which depend heavily on cloud formation—from climate models. Large-scale processes interact here with small-scale processes, which cannot all be taken into account in the available climate models. Representing clouds in such models remains a primary challenge for modellers. Directly representing small-scale structures at the ground level, such as vegetation cover, soil properties, cultivation and extent of sealing is also impossible in coarse-mesh model grids—they, however, heavily influence wind speeds, particularly near the ground.

In addition to all the climate parameters already mentioned, the Climate Fact Sheets also provide information on the possible increase in sea level until 2085 according to the latest updates. This has been evaluated for the first time with concrete numbers for specific regions. City planners in many regions will be alarmed, perhaps in Rio de Janeiro, for example. Model simulations from the Fifth Assessment Report published by the Intergovernmental Panel on Climate Change show a future sea level rise (until 2090) between +0.38 and +0.95 metres for Rio de Janeiro (scenario with high emissions). At a station in the Philippines, a clear historical rise in the sea level of more than 34 cm from 1947 to 2009 (Ø 5.4 mm/year near Legazpi, Philippine Sea) has already been recorded. The model simulations project a sea level rise between +0.44 to +1.0 metres in Walvis Bay on the Namibian coast until 2090 for the high emissions scenario. The Climate Fact Sheets also provide a first cautious assessment under the subject of “sea level rise” of how economically vulnerable a region could be based on a World Bank report. A ranking in the report indicates the ten most vulnerable countries with respect to storm floods related to the percentage of the gross domestic product in respective coastal areas.  The most vulnerable are therefore: The Bahamas, Kuwait, Belize, the United Arab Emirates, Mozambique, Togo, Puerto Rico, Morocco, the Philippines and Yemen.

One of the major contributions of the Climate Fact Sheet is that regional time series and data are available for the first time for areas that have yet to be studied in depth.  The Climate Facts Sheets are deliberately neutral and stick to the facts. It addition, a standardized expert analysis is provided on the strength and reliability of the results. There are no further evaluations of the results. The data is reliable, systematic and reduces the extremely complex model results to the most essential information.

All underlying data for the climate projections.

The information on today’s climate and historical developments in the nineteenth century are based on analysis of global observation data sets, including from the Climate Research Unit at the University of East Anglia as well as from literature. The Climate Facts Sheets were updated in 2016. The information on possible development of 21st century climate are now mainly based on the analysis of climate simulations from the CMIP5 (Coupled Model Intercomparison Project Phase 5), which also serve as the database for the Fifth Assessment Report published by the Intergovernmental Panel on Climate Change.  These climate change projections are based on what are known as “Representative Concentration Pathways – RCPs”. In addition, the CMIP3 simulations have been analysed in comparison, whose emissions scenarios are based on the IPCC’s "Special Report on Emission Scenarios" (SRES). The results of coupled atmosphere-ocean circulation models have been used for estimating the rise in sea level, according to the IPPC’s Fifth Assessment Report (Chapter 13) database. The economic vulnerability estimate and the corresponding ranking of countries is based on a report from the World Bank: Break, H., Dasgupta, S., Laplante, B., Murray, S., & Wheeler, D. (2012). Sea-Level Rise and Storm Surges. The Journal of Environment & Development, 21(1), 120–138.

Climate Fact Sheets for sixty countries, regions and climate zones are available by now. They can be ordered free of charge. 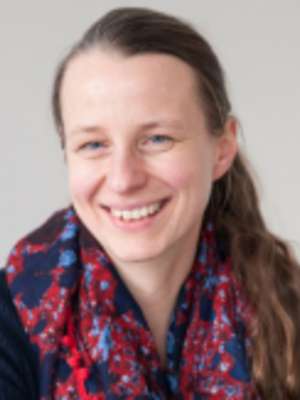 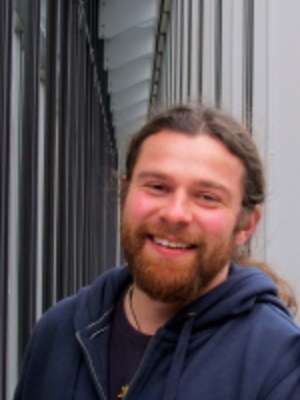