Climate conference in Marrakesh: was it ambitious enough ?

From the 7th to the 18th of November, the 22nd session of the Conference of the Parties (COP 22) of the United Nations Framework on Climate Change (UNFCCC) was held in Marrakesh. This session, after a rapid entry into force process, served as the first session of the Paris Agreement. The Paris Agreement, which was the result of the COP21, after many years of negotiations and a first attempt in Copenhagen (COP 15), is the agreement that will start to be implemented in 2020, after the period covered by its predecessor (and still waiting for its amendment), the Kyoto Protocol. The agreement has three main goals: (a) limiting the temperature well below 2ºC above pre-industrial levels (pursuing 1.5ºC); (b) increasing adaptation, foster resilience and low greenhouse gas emissions development; (c) mobilizing finance resources which are compatible with climate resilient and low greenhouse gases development.

Different than the Kyoto Protocol, which included commitments on emission reduction targets, the Paris Agreement is based on "voluntary contributions”, from the countries and even when the agreement itself is binding, the contributions are not. The so called Nationally Determined Contributions (NDCs) are national plans that the countries, parties of the agreement, have to present to show their contribution to the three main goals of the PA. Countries (specially developed countries) were expected to also present their contributions in terms of means of implementation, such as finance, capacity building and technology transfer. These last three aspects are missing from most of the contributions presented until now.

Moreover, the NDCs are not necessarily aligned with the climate science. In May 2016, the UNFCCC secretariat presented the “Synthesis report on the aggregate effect of INDCs" based on the 161 INDCs (Intended Nationally Determined Contributions), representing 189 parties and the 95.7% of the global emissions (United Nations Framework Convention on Climate Change Secretariat, 2016). The report concluded that even when the INDCs were totally implemented, an increased in the average temperature ranging from 2.7ºC to 3.7ºC by year 2100 would be expected, increasing that are far from the aim keeping the increase temperature in less than 2ºC. Because of the insufficiency of the INDC/NDCs, the Paris Agreement included an “ambition mechanism” which allows the parties to revise and improve the ambition of their contributions every five years.

This scenario, and the current negative effects of climate change, represents a lot of challenges, especially for developing countries and vulnerable communities. That’s why the adaptation approach is so important, and this was confirmed by the 137 INDCs (out of 161) which have an adaptation component. Examples of the sectors included in the national plans are: water, agriculture, ecosystems and biodiversity, forestry, disaster risk reduction and energy. The mitigation component of the INDCs is more focused on energy.

The Latin American region, for example, which historically has had a low share in the emissions of greenhouse gases, is one of the most vulnerable regions in the world. The IPCC (2014) identified some negative effects of climate change which are already impacting the region, such as: increase in mean temperature (between 0,7ºC and 1ºC), changes in precipitation patterns (rainfall) and flow of superficial water (runoff), increase in diseases, glaciers melting, sea-level rise, among others. Regarding mitigation, the region has also an incredible potential regarding the enhancement of renewable energies, efficient and clean transport systems, to avoid emissions from deforestation and degradation of natural ecosystems, among others. But even when the region takes advantage of all its full mitigation potential, if at the global level emissions are not drastically reduced, the region will continue facing the negative effects of climate change.

One example of the urgency of ambitious climate action is the Central American region. The region contributes less than 1% to the global greenhouse gas emissions, but 4 out of the 7 countries are in the top 15 of the yearly published Global Climate Risk Index (Eckstein et al., 2021). Due to its geographical location, the region is affected by hurricanes every year, but this could get worse (more intense and more frequent events) due to climate change. For example, last 24th of November, less than one week after the COP 22 ended, Hurricane Otto formed in the Atlantic basin and made landfall on the Central American territories. Costa Rica has been hit for the first time by a hurricane since weather recordings began in 1851. The hurricane is recorded to be the latest in the hurricane seasons. Invaluable lives were lost and millions of dollars of losses are being accounted in the aftermath.

After the entry into force process of the Paris Agreement, one of the big tasks of the COP 22 was to set a good base to determine how the Paris Agreement would be implemented (modalities, procedures and guidelines included in the rulebook). Pre 2020 action (regarding mitigation, including the amendment of the Kyoto Protocol), finance and adaptation to climate change were also seen as the main topics of this COP – confirmed during the two negotiations weeks –, therefore announcements of more ambitious actions and more financial resources to tackle climate change were also expected. But what Marrakesh left was some progress on the technicalities of the implementation of the agreement, the definition of 2018 as the deadline for the rulebook, and the announcement of U$ 81 million pledged to the Adaptation Fund.

The results of Marrakesh can be mentioned as good steps in the right direction, but for communities in the Central American region, for example, they are not ambitious enough in a world where ambitious climate action is needed now. That ambitious climate action, especially in the case of adaptation which faces a lot of uncertainties, requires science based information and services which enable informed decision making processes. Traditional and indigenous knowledge has also to be considered in order to reach a climate-resilient and low-carbon society.

The United Nations secretariat of the Framework Convention on Climate Change published a synthesis report in May 2016: Aggregate effect of the intended nationally determined contributions: an update. Intended nationally determined contributions (INDCs) were established as instruments where countries could present how they would contribute to the new climate agreement. The INDCs are converted to Nationally Determined Contributions (NDCs), when the parties formally join (ratify) the Paris Agreement.

The Global Climate Risk Index is published by Germanwatch. It analyses to what extent countries have been affected by the impacts of weather-related loss events like storms, floods, heat waves etc. There is data for each year and the period of 1996 to present. 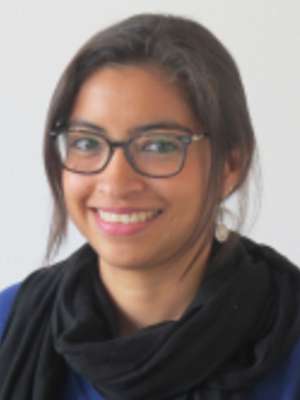