Due to climate change the Arctic has become a key region. With the knowledge of the Alfred-Wegener-Institute consequences of climate change in the region are to be assessed.

The in part rapid changes are of global concern – they have effects on Germany, Europe and the whole world - and raise complex sociopolitical issues. The drastic retreat of sea ice in the summer months and the changed possibilities of access to the Arctic have resulted in greater international interest in the raw materials of the Arctic. New shipping routes would be possible if the Northeast Passage on the northern coast of Russia and the Northwest Passage above North America were more frequently free of ice in summer. New possibilities are also opening up for the fishing industry. How­ever, it is important that opportunities and risks are carefully weighed up: questions regarding eco­nomic benefit compared with the risks involved with access to raw materials, the use of modern technologies, opening up of new shipping routes, etc. must be answered.

Against this background, Prof. Karin Lochte, Director of the Alfred-Wegener-Institut (Helmholtz-Zentrum für Polar- und Meeresforschung – Centre for Polar and Marine Research), initiated the “Arctic dialogue“ in 2012, which addresses the persons in the Federal Ministries responsible for Arctic issues. The launch on February 8, 2013 was successful and the workshops are now being con­tinued two or three times a year. The meeting of science and politics in the Arctic dialogue is an in­strument for a closer networking of the departments, more intensive joint work and mutual ex­change. The aim is to strengthen the coordination and coherence of Germany’s Arctic policy.

Germany has become established as a recognized player in international Arctic research. The Alfred-Wegener-Institut für Polar- und Meeresforschung has been active for more than 30 years in the Arc­tic. It is thus one of the few institutes worldwide to carry out long-term interdisciplinary scientific research in the North Pole region and the Arctic Ocean – from the sea bottom to the atmosphere, from the ecosystem to the Earth’s history. With this experience the Alfred-Wegener-Institut can pro­vide new ideas from research for the benefit of society and economics. In the Arctic dialogue it is guided by the aim formulated as follows in the brochure “Rapid changes in the Arctic: polar research in global responsibility“ of the Federal Ministry of Education and Research: "Research is intended to make knowledge available to society and politics so as to be able to assess the local and global con­sequences of the change in the Arctic. This will create the basis for sustainable development strate­gies at national and international – above all European - level."

And Prof. Karin Lochte explains further: "It is a very important but also difficult task for research to pass on scientific knowledge promptly and in an unbiased way to the decision-makers – but only in this way can we ensure that the necessary decisions are taken on a sound basis. Particularly in the Arctic, where changes in the environment are taking place so quickly and with such far-reaching con­sequences, we need close cooperation between science and the different political players." 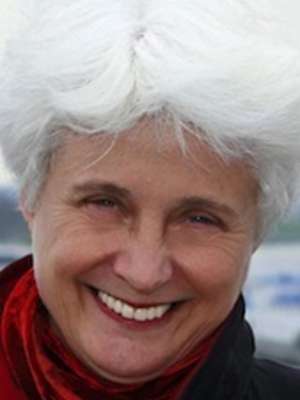