Ocean currents are considered to be the horizontal and vertical transport of water. 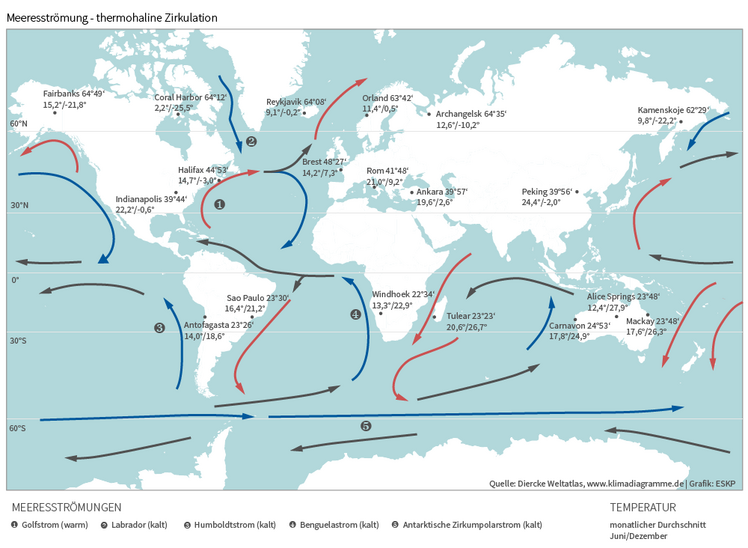 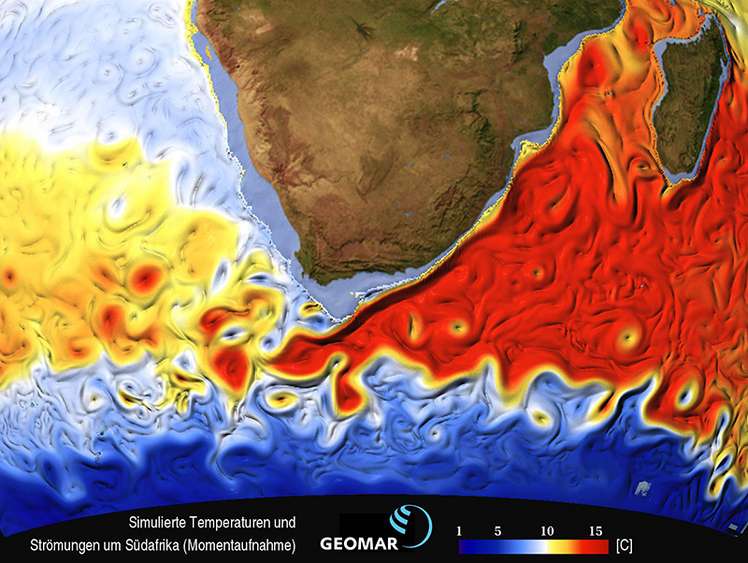 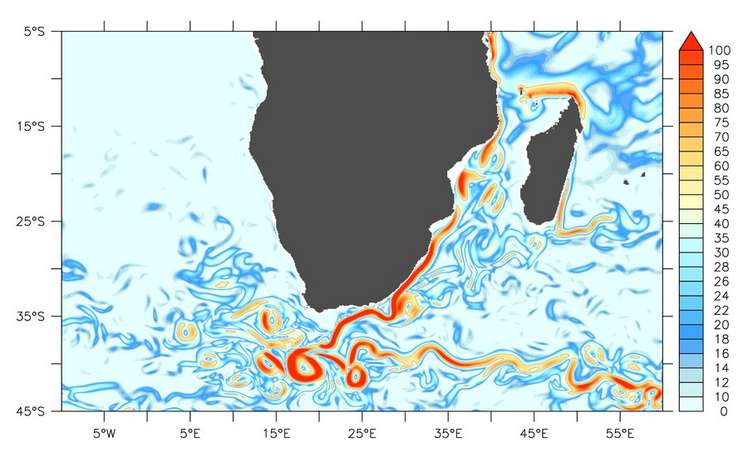 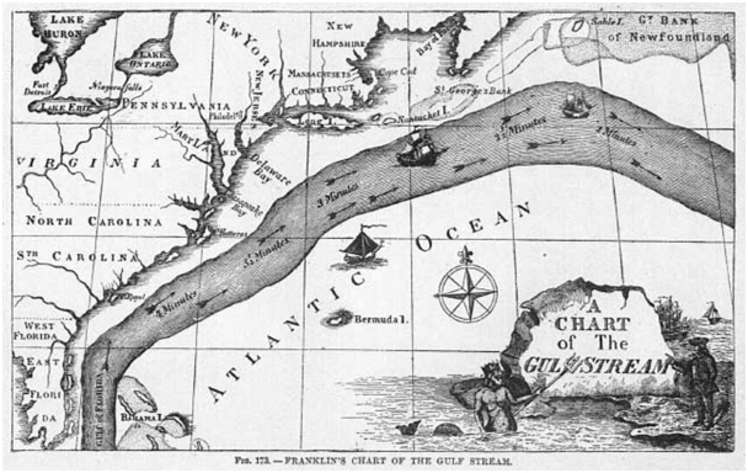 Driven by wind, cooling processes at the surface and horizontal salt- and temperature differences the water is set into motion and is called an ocean current when it extends over large areas and great depths.

The ocean current best known by North Europeans is the "Gulf Stream". The Gulf Stream has a mean velocity of about 10 km/h at the surface and has been observed and mapped closely for even centuries because of its importance for ocean shipping

The Gulf Stream originates in the Florida Strait and continues along the North American east coast towards the north whereby it transports warm water from the tropics into the colder north. It detaches from the east coast of the US near Cape Hatteras (at about the same latitude as Madrid) and continues eastward into the open Atlantic. At that point its name changes into “North Atlantic Current”.  The North Atlantic Current runs across the Atlantic towards Europe and carries warm water along, which is important for maintain the mild climate in particular in northern Europe.

The Gulf Stream and North Atlantic Current are ocean currents that are ultimately generated by large-scale wind fields with westerly winds in mid-latitudes (at about 30 to 50°N) and easterly winds/ trade winds in low latitudes (at about 0 - 10° N).  Such wind field systems are found above every ocean (except for the North Indian Ocean, which is subject to the semiannual change of wind because of the monsoon) and these wind fields drive large whirls so called subtropical gyres. At the western part of the gyre the currents are very narrow and fast while in the east they are wide and slow flows. In the North Pacific for example the equivalent to the Gulf Stream is the Kuroshio Current and in the South Pacific the East Australian Current.

Nowadays we know, with the help of satellite images of the oceans and further development of mathematical ocean models, that ocean currents are not evenly flowing currents as one might assume. The Oceans are rather turbulent – which means they are full of vortexes, so called eddies of all kinds. These vortexes have a great impact on the transport of heat and substances in the ocean and are an important topic of modern oceanography.

Text, photos and graphics unless otherwise noted are under license of: earth system knowledge platform eskp.de CC BY4.0