Many people would like to consume in a more sustainable way. However, the discrepancy ratio between the contents of shopping bags and the standards one sets oneself is one to ten. According to their general values, most consumers would like to invest much more in sustainability than they actually do. Why is this so? One important reason are quality labels which are so narrowly formulated that they cover only one aspect of making the product. They work like “letters of indulgence”, so that other ethical standards can be ignored when shopping. Also the readiness to help others is affected by these one-aspect labels.

The effect of letters of indulgence is well known already from the history of the Catholic Church. Who purchased a letter of indulgence could this way compensate for sinful behaviour. Thus, good deeds could be set off against bad deeds. This way sins became less consequential. By the expert term “moral self-licensing”, psychologists Benoit Monin and Dale Miller described similar indulgence effects of our time. They demonstrated that test persons were more ready for racist discrimination if earlier they had had the opportunity to demonstrate that they did not always behave like racists. This way, by way of their initially exemplary behaviour, they “licensed themselves” for racist behaviour in other contexts. Our study, published in the PLOS ONE scientific journal, shows that indulgence effects play an important role also in the field of consumption.

Frequently the textile branch, which is particularly high-selling in Germany, is publicly criticised. The harsh, insecure working conditions in the sweat shops of South and Southeast Asia as well as the damage to the environment coming along with fast fashion are no secret. Many providers make use of quality labels to appear more sustainable. Often, by special labels, they offer products made of material coming from controlled biological cultivation. In most of these cases, however, the social sustainability of making the products goes by the board. And this although the pictures of collapsing factories or of the inhuman working conditions under which those pairs of jeans, t-shirts or rompers are made and sold for a few Euros in our shops are well known. To make things worse, many of these soft goods are dumped after having been worn just a few days.

Why are these products so fast-going, despite all criticism? Psychologically seen, the reason is that for shopping narrowly formulated labels work like letters of indulgence. This is caused by our psyches playing a trick on us. If the textile comes from biological cultivation, at least some small ethical improvement has been achieved. This is a sufficient excuse for ignoring other ethical aspects, such as workplace safety. Our study provides evidence for the indulgence effect of narrowly formulated labels and furthermore demonstrates that outsiders heavily underestimate the indulgence effect.

Participants in our behavioural economics study decided under reality conditions. They knew that their behaviour had real consequences and that their decisions would be implemented as they were. Furthermore, they knew that at the end of the study they would be given a towel. They were also told if it would be a towel made of bio-cotton or of conventionally cultivated cotton. This was randomly fixed for each person in advance. Now the participants could decide: would they like to acquire an update for a more sustainable towel with additionally certified workplace safety, or would they rather like to save their money? Our test persons had to decide between different sums of money, each according to their readiness to invest in workplace safety or to make profit.

Participants who knew that their towel had been made of bio-cotton showed clearly less interest in giving money for workplace safety. Even 30 minutes later, when making a decision which had nothing to do anymore with the towel, participants with a bio-towel were less ready to help: given the choice to donate one Euro to needy persons, more seldom they decided for a donation. Thus, the bio-label produced an indulgence effect concerning both ethical aspects of buying a towel and even a completely different situation.

The participants in our study were well aware that the bio-label told nothing about the working conditions under which the product had been tailored and sewed. Only an upgrade of the label which also referred to the working conditions guaranteed that ethical minimum standards were kept in the context of purchasing the towel. Outsiders, however, who had also been informed about bio-label and ethical upgrade, expected all participants to be committed with workplace safety and biological cultivation to the same degree. Also, they expected the same degree of readiness to help needy persons. For them it did not make any difference if the participants´ towels had a bio-label or not. Thus, they completely overlooked the label´s indulgence effect.

How could the reality of shopping be made more congruent with the consumers´ own standards? One possibility would be the introduction of a credible label, providing comprehensive information about the extent of environmental damage caused by making a product. Such a bio- and social label – for example at EU level – would oblige enterprises much more and would result in more transparency for consumers. One step towards this was the Dodd-Frank Act of 2014: since then market-listed US American enterprises using tantalum, tin, gold or tungsten, i. e. so called “disputed minerals” the mining of which sometimes serves for the funding of armed conflicts, are obliged to reveal from where they get the material (Dodd-Frank Act Section 1502). Such approaches could be extended. One other possibility would be to set ethical minimum standards for the import of goods. For example, states could decide that on their markets only goods are allowed to be sold which meet social minimum standards as well as minimum environmental standards. This would make sustainable shopping much easier for consumers. 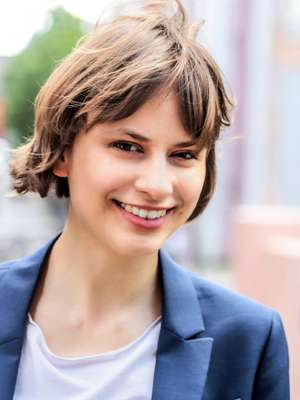 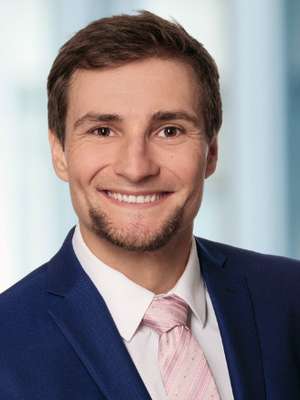 So what can your outdoor jacket do?