How did the first Arctic ozone hole form in spring 2011?

An international team of scientists has unravelled how the first ozone hole over the Arctic formed last spring. A comprehensive analysis of the unusually high ozone depletion in March/April 2011 has now been published in advance in the online issue of the journal “Nature”.

Press Release (AWI) 4 October 2011: "The ozone hole over the Arctic was not only the result of a combination of past pollution due to air pollutants, its development is also connected with long-term changes in the climate system," summarises Dr. Markus Rex, Potsdam atmospheric physicist at the Alfred Wegener Institute for Polar and Marine Research in the Helmholtz Association, a key result of the study.

At an altitude of 15 to 25 kilometres the trace gas ozone forms a natural barrier against harmful UV radiation from space. Under the influence of long-lived air pollutants that are first really activated by low temperatures the protective ozone layer can be extensively destroyed towards the end of the cold polar winter. At the same time the returning sun triggers a chain of complex chemical reactions that break down ozone. In considerably colder Antarctica this process regularly leads to the formation of an ozone hole in the Antarctic spring.

In the warmer Arctic, too, there was a significant ozone loss in some years in the past, but a genuine ozone hole has not been able to form there up to now. “Normally the Arctic is protected by an extremely thick ozone layer in spring and the extent of the ozone loss was never severe enough to create a hole in this thick cushion. Our analysis now shows that the ozone loss over the Arctic this spring was, for the first time, just as severe as in the early ozone holes over Antarctica in the mid-1980s,” explains Markus Rex.

What was different last spring from earlier Arctic winters?
In the Arctic the weather conditions during the respective winter have a very decisive influence on how extensively the ozone layer is depleted before it can regenerate in the summer. Air pollutants that destroy ozone have been banned for over a decade now, but they are extremely persistent in the atmosphere. A major aspect of the study therefore focuses on why in this particular year an ozone hole formed over the Arctic for the first time – many years after the ban on the key substances. The explanation: “Last winter more Antarctic conditions prevailed in the stratosphere 20 kilometres above the Arctic than ever before since the beginning of observations in the mid-1960s,” the Potsdam atmospheric physicist describes the cause.

Two conditions are decisive for such dramatic ozone depletion as was observed last spring. The first prerequisite is that there are extensive areas in which the stratosphere cools down to below –78 degrees Celsius. Then clouds – so-called polar stratospheric clouds – can form out of naturally occurring nitric and sulphuric acid, even in the extremely dry stratosphere. Chemical processes in these clouds make ozone destruction due to the known human-made pollutants possible in the first place. And last winter this was a key difference from “normal” years: “Last winter we had, for all practical purposes, continuously extremely low temperatures in the upper air layers over the Arctic. There were significantly more air masses in which it was cold enough for the formation of these clouds than we ever experienced since the beginning of observations in the mid-1960s,” states Rex.

The second prerequisite is an air vortex over the Arctic that remains stable until into April and keeps the polar air masses it encloses cut off from an exchange with warmer air layers from the south. In this connection Rex refers to a “pot in which an ozone hole can unfold”. This phenomenon called a “polar vortex” occurs over both polar regions every winter, but is usually less stable over the Arctic and collapses considerably earlier in spring than over the Antarctic. Extreme cold over the Arctic and a stable polar vortex mutually reinforce each other, however, so it is not surprising that this vortex over the Arctic was much more stable in the Arctic winter of 2011 than was otherwise the case. The vortex remained intact until into the second half of April, thus enabling unhindered formation of the ozone hole and preventing ozone-richer air from temperate latitudes from flowing in.

Signs of a long-term trend?
The temperatures in the stratosphere, which are unusually low for the Arctic, are part of a long-term trend. “The temperatures in the Arctic stratosphere have been recorded through measurements by an international network of balloon sounding stations for over 40 years,” explains Markus Rex. “Using these data, we were able to prove that cold winters, which occur in the stratosphere roughly once in five years, became colder and colder during this period and the proportion of stratospheric clouds in the polar vortex has risen. This year we seem to have reached for the first time a level in the Arctic where anthropogenic pollution with ozone-destroying substances leads to an ozone hole.” The formation of the ozone hole over the northern hemisphere was therefore made possible in the first place by these long-term climate changes in the Arctic atmosphere. The very slow decline in pollutant concentration in the stratosphere due to the respective long lifetime will permit formation of ozone holes at correspondingly low temperatures into the second half of the century.

But why does the temperature in the Arctic stratosphere at an altitude of 20 kilometres drop even though, as is generally known, a significant warming has taken place on the ground, particularly in the Arctic, due to climate change? To put it in a simplified manner, the Earth’s atmosphere consists of two different air masses, i.e. the troposphere and stratosphere, that are separated by a relatively impermeable boundary layer. This boundary layer, the so-called tropopause, is located at an altitude of around 8 to 10 kilometres. When gases that influence the climate, such as CO2, increasingly retain the thermal radiation of the ground in the troposphere, less thermal radiation reaches the higher stratosphere on balance. The stratosphere thus tends to get colder. Moreover, carbon dioxide has a cooling effect in the winter polar stratosphere, contrary to in the lower air layers. Since, given a generally higher CO2 concentration in the Earth’s atmosphere, the CO2 concentration also rises in the upper air layers, the cooling tendency is additionally reinforced in this way. The observed cooling of the stratosphere fits in with this picture and is therefore forecast by all climate models.

Will an ozone hole regularly occur over the Arctic in future?
Can we regularly expect an ozone hole in the Arctic in future as is now the rule in the Antarctic? Markus Rex is cautious with such predictions. “At the moment no one can say that,” states the Potsdam atmospheric physicist. Particularly during the polar winter temperatures are also influenced by processes in the atmosphere that are not well understood yet and have their starting point in our weather systems. It is unclear how climate change will further influence these processes. “As extremely low temperatures occur only occasionally in the Arctic stratosphere, however, we do not assume that Antarctic conditions can come about over the Arctic every winter in future. But it is certainly possible that such extreme conditions – should they increasingly occur in connection with continuation of the currently observed trend – will then lead to an even greater ozone loss than in this year.” 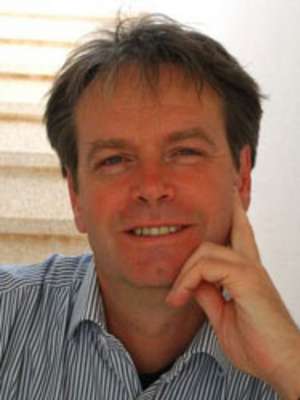 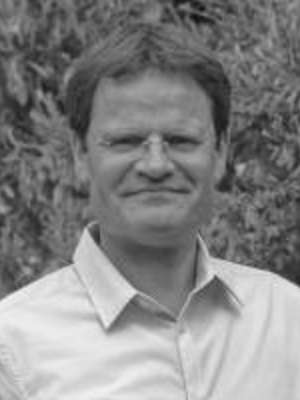 Measuring the concentration of ozone
Model simulations: prediction of changes in the ozone layer
Ozone loss in the Arctic stratosphere
New research highlights the key role of ozone in climate change