Pollutants from countries such as India and China are affecting the global climate and the ozone layer.

Pollutants from countries such as India and China do not only cause a regional load on the atmos­phere. The Asian monsoon carries the emissions into higher air layers and thus affects the global climate and the ozone layer.

The large population increase and rapid economic growth in southeast Asia are causing high regional and thus worldwide pollutant emissions. Particularly the Asian summer monsoon is a permanent general weather situation (atmospheric circulation system), which transports environmentally rele­vant emissions from the boundary layer close to the ground, the troposphere, into the stratosphere above. To be able to sustainably reduce the associated global environmental impact, a detailed un­derstanding of such transport routes is extremely important.

At altitudes of roughly 10 to 18 km the Asian monsoon forms a more or less stationary high-pressure area above almost the whole of Asia for three months.

This high-pressure area, whose core lies at about 30° N, in other words above northern India, very effectively binds emissions transported into the atmosphere above all from India, South China and Indonesia due to strong convection. For this reason, high values of trace gases such as water vapour, carbon monoxide (CO), sulphur dioxide (SO2) or hydrogen cyanide (HCN) are found in the tropo­sphere and low values of ozone or hydrogen chloride (HCl) in the stratosphere.

This finding much discussed in recent years was above all derived from satellite observations; the quantification of the transported pollutants is the subject of current research.

A schematic description of atmospheric circulation is given in Fig. 1. While the troposphere is charac­terized by a cyclonic flow (low-pressure area) (red, anticlockwise), which is also marked by heavy monsoon precipitation, a stable, anticyclonic (high-pressure area) movement (blue, clockwise) takes place in the upper troposphere and the lower stratosphere. This permanent circulation pattern in­corporates anthropogenic pollutants which are transported into the stratosphere.

A vertical section along the degree of latitude (90°E, see Figure 2) shows the vertical distribution of CO. The isolines of the wind (west winds – solid, east winds - broken) show the location of the high-pressure area. The high carbon monoxide values, which are an indicator of an increase in biomass burning, extend as far as the tropopause (blue), the boundary layer between the troposphere and the stratosphere. However, high CO values can also be clearly seen in the stratosphere, in other words above the tropopause. The atmospheric circulation above Asia acts like a chimney in which the anthropogenic waste gases, reinforced by the effect of the Himalayas (grey), rise upwards.

Figure 3 clearly shows the horizontal extent of the high-pressure area. Furthermore, the mixing of the stratospheric ambient air with F11, a trace gas belonging to the family of the chlorofluorocarbons (CFCs), is visible. CFCs have in the meantime been prohibited, but were used until 2000 in industry in particular as a propellant and refrigerant. CFCs are responsible for the destruction of the ozone layer in the stratosphere.

The horizontal distribution of CFCs (F11) was calculated by the Forschungszentrum Jülich (Research Centre) with the chemical transport model (CLaMS) for August 9, 2003 at an altitude of 18 km (FZJ).

A major impact of the Asian Monsoon on the climate results from the high input of water vapour (H2O) into the usually very dry stratosphere. Above all in summer (Figure 4, film H2O) the interaction between high-pres­sure area and the stratosphere is the most important mechanism with which the stratosphere is moistened, thus leading to a reinforcement of the anthropogenic greenhouse effect. Although H2O is one of the most impor­tant natural greenhouse gases, its quantitative contribution to the Earth’s warming, above all due to the uncertainties connected with the clouds, is only very inadequately known and is currently being researched. 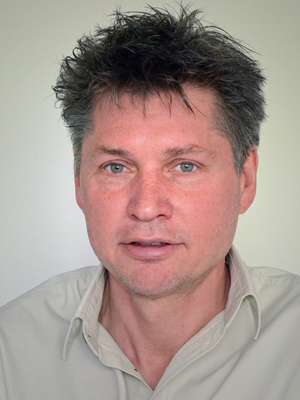