Italy has Vesuvius, Iceland Eyjafjallajökull and the US Mount St. Helens. But what is the volcano situation in Germany? 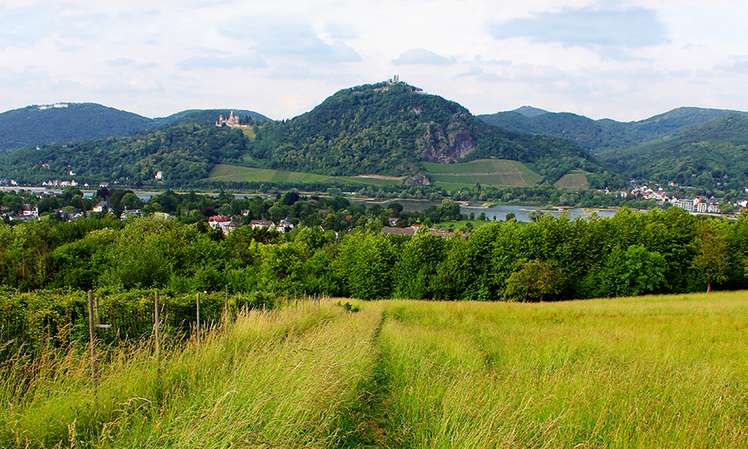 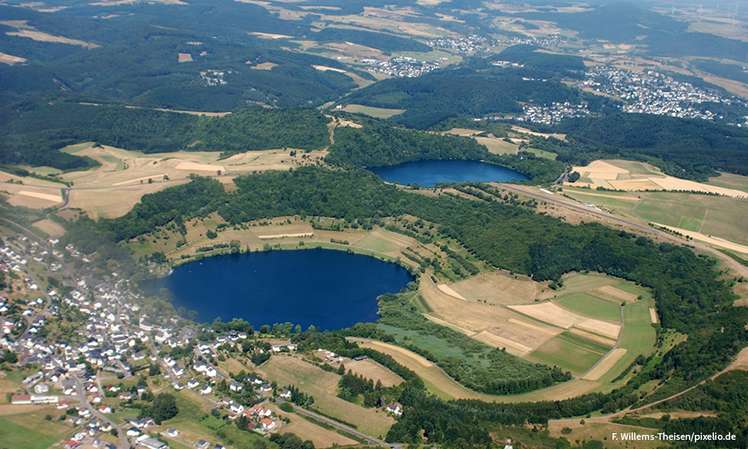 How did volcanoes such as the Eifel, the Vogelsberg or the Kaiserstuhl in Germany evolve?

The answer to this question lies in the Upper Cretaceous period, about 100 million years ago, when the collision of the African continent with the European continent began, and dates back to the Tertiary period two million years ago. At that time, the formation of the Alps was associated with tectonic movements that extended as far as Germany. Researchers propose that these caused upwards movement of rock material in the Earth's mantle which was then pushed northwards. With the ascent of the magma, the overlying crust was stretched and consequently thinned out. In the Eocene period, some 50 million years ago, the crust along this spreading zone began to subside. This gave rise to an immense rift system stretching from the French Rhône Graben to the Oslo Graben. The Upper Rhine Valley is part of this system. About 20 million years ago, faulting at the graben shoulders/margin began. The crust broke up into separate slabs sinking inside the graben. The graben shoulders, however, rose upwards. Today's remnants of this processes are the Black Forest, the Vosges, the Taunus and the Odenwald hills, where the crystalline basement rocks have been exposed by erosion.

Volcanism in Germany originating in the Eifel region
The formation of the Upper Rhine Graben as well as the north and northwestwards radiating fault structures and subsidence zones had strong implications. The tectonic forces induced fracturing of the thin crust and the increase of thermal activity in the upper mantle. Supported by the elevated temperatures, pressure relief promoted melting processes in the upper mantle. This resulted in volcanic activity in the envi-ronment of the Upper Rhine Valley.

In Germany, volcanism began in the west in the Eifel and spread to the Neuwied Basin, Siebengebirge, Westerwald, Vogelsberg, Lower Hessian Depression (Knüllgebirge and Habichtswald), Rhön, Ore Mountains, Vogtland and Lausitz regions. The Kaiserstuhl and Hegau areas are located on the fracture zone between the Upper Rhine Graben and Lake Constance.

After volcanic activity had ceased, erosion set in and exposed the more weather-resistant volcanic rocks. Today, the volcanoes of Germany no longer have a perfect conical or caldera shape - with the exception of the Eifel volcanoes. In many places, only the eroded remains of volcanic vents can be found. Nevertheless, the old still have a peculiar morphology giving the German landscape its unique appearance, from the pressure domes of the Hegau volcanic landscape to the maar crater lakes in the Eifel which are particularly visible from the air.