Supereruptions represent enormous natural disasters which potentially impact the whole planet. They are unlike any other known and documented eruption.

The Tambora eruption in 1815, the Krakatau eruption 1883 and the Pinatubo eruption 1991 are amongst the largest explosive eruptions of our time. In total, they caused over 86,000 fatalities and affected climate on a global scale. However, historical records only cover a small fraction of the Earth’s history, which has seen significantly larger eruptions. So-called “supervolcanoes” are the sources of “supereruptions”: explosive eruptions that produce more than 1015 kg of magma. The incredible mass of one quadrillion kg approximately corresponds to the twelve-fold mass of the crust underneath all of Berlin, where it is 33 km thick. Supereruptions thereby overshadow the eruptions of Tambora, Krakatau and Pinatubo, each of which produced less than a tenth of that mass.

On the Volcanic Explosivity Index (VEI) scale that represents the strength of an eruption, supereruptions score an 8. For comparison: The famous Eyjafjallajökull eruption in Iceland  in 2010 corresponds to a VEI of 4. Due to their high intensity, the consequences of supereruptions are catastrophic. Next to large meteorite impacts, they pose the ultimate natural hazard, which our human ancestors were exposed to before. They cannot tell us about their experience, but geologists utilize the deposits of supereruptions to reconstruct the events piece by piece. 42 supereruptions were identified over the past 36 Million years. The youngest stem from the Long Valley Caldera (700,000 years ago) and the Yellowstone Caldera (600,000 years ago) in the US, Toba in Indonesia (74,000 years ago) and Taupo in New Zealand (26,500 years ago). In fact, the Toba eruption supposedly led to a dramatic reduction in the human population at the time.

Supereruptions have catastrophic consequences for their direct environment, but also for global climate and our complex social infrastructure. These commence with the eruption and last for years to decades. Caused by the evacuation of the huge magma chambers, overlying layers of earth collapse and a vast crater forms, a so-called caldera. These are the signature feature of supervolcanoes and can have a diameter of up to 100 km. Buildings and infrastructure in an area of thousands of square kilometers would be destroyed by the collapse. Additionally, in the case of an island volcano, the formation of a tsunami is likely. Due to the large amounts of erupted material, eruption columns of supereruptions are usually “overloaded” and unstable. When they collapse, devastating pyroclastic flows with volumes of thousands of cubic kilometers, consisting of ash, gases and rocks, scud across the surrounding landscape and leave behind destruction within a radius of up to 200 km from the volcano. They can dam rivers and, when they encounter the ocean, cause catastrophic tsunamis. Vast amounts of ash would be brought into the atmosphere by a supereruption. For example, the last Yellowstone eruption covered all of North America in a 10 cm thick ash blanket. Ash from the Toba eruption was detected up to 3000 km distance away from the volcano.

Volcanic ash is a health hazard, threatens air traffic and can lead to roof collapse. But agriculture, the road network, satellite communication, power production and supply lines can also be affected. In combination with the erupted volcanic gases – most importantly sulphur and halogens – the ash cloud has dramatic effects on the global climate. For more than a decade, the global average temperature will decrease by up to 10°C and much less sunlight will get through the atmosphere – a so-called “volcanic winter” arises with dramatic effects particularly for agriculture. Less strong climatic effects, for example variations in the intensity or frequency of the El Niño phenomenon, can even last for decades. The fatalities, financial and structural losses of a supereruption would be immense.

Monitoring instruments can provide indications of an impending eruption and are installed on most known active volcanoes. Examples are seismometers that trace earthquakes, instruments documenting ground movements, or gas measurements. However, we are facing major problems in predicting supereruptions: for one, we have no “live”-experience. No one ever observed and recorded a supereruption, let alone measured the geophysical and geochemical precursors. We can only hope that our knowledge about smaller eruptions also grants us an advantage over nature in the case of an imminent supereruption. While it is unlikely that an eruption for example at Yellowstone would occur without any warning, predicting the size of the eruption will still be challenging to impossible.

A supereruption of a non-monitored volcano constitutes an even more dangerous case. The repose times between two supereruptions are very long, the geological catalogue is incomplete and many deposits could not be unambiguously assigned to a source. Therefore, there might be dormant supervolcanoes that we do not know and consequently do not monitor. Additionally, a new supervolcano could form at any time.

On average, several 100,000s of years typically pass between two supereruptions. You could hence think that we are safe for now, since the last eruption of a supervolcano only dates back 26,500 years. Unfortunately, this is not the case. The volcanoes of our world rarely follow regular patterns and we cannot make certain statements about the future based on the timing of the last eruption.

Supereruptions did not occur regularly in the past, but were particularly frequent during two „activity pulses“. The first pulse was between 36 and 25 million years before present, the second pulse began 13.5 million years ago and lasts until today. Based on the activity of the past 13.5 million years, 1.4 to 22 supereruptions occur per one million years. Assuming that these values provide a realistic forecast for the future – which is associated with large uncertainties, the probability for a supereruption in the next 100 years is between 0.014 and 0.2 percent.

However, the probability for a supereruption within the next one million years is at least 75%. A supereruption is a daunting idea but we should always keep their rarity in mind. Even though the effects of a single supereruption are catastrophic, their total effect over the course of the Earth’s history is small in comparison to the much more frequent smaller eruptions. And yet, the probability for a supereruption within our lifetime is not zero, and we still know way too little about the mechanisms of supervolcanoes. A lot of research is still to be done and the global community has to prepare across generations for the consequences of a supereruption. Because the next one is coming, that’s for sure. 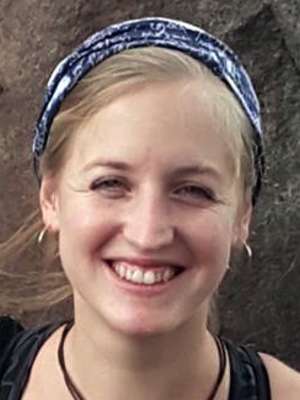