With Australian and German support Indonesian scientists create new tsunami scenarios for the northeast of the archipelago.

The Indonesian warning system was developed and installed by a team of German scientists, led by the German Research Centre for Geosciences (GFZ) after the devastating tsunami of 2004. First of all the most vulnerable and densely populated coast areas of Sumatra, Java and Bali should be considered.

At the Alfred Wegener Institute, Helmholtz Centre for Polar and Marine Research (AWI) a simulation code “TsunAWI” and also a database of 4400 detailed scenarios for possible earthquakes with magnitudes from 7.2 to 9.0 in the Sunda Trench were developed. Right after an earthquake measuring, the estimated wave heights along the coasts can be expected. The scenarios are also suitable for preparation because they also contain a simulation of the flooding.

Many coasts in the northeast of Indonesia are also threatened by tsunami. In case of a warning there is access to a very fast and simple real-time simulation which estimates the warning level well. However, this simulation is much coarser and doesn’t allow for example a detailed look at individual stretches of coastline or the possible flooding.

This gap is now closed in a cooperation with Indonesian and German scientists with Australian support. The Australian-Indonesian Facility for Disaster Reduction initiated the project and provides a Linux cluster with 212 compute cores for the simulations in the Indonesian capital Jakarta. The cluster consists three computers, each with four Intel Xeon 18core processors. This corresponds to the computing power of 50-100  typical workstation PCs. While in the past, the scenarios and warning products were created by the tsunami modeling group at the AWI, now the Indonesian scientists at the early warning center in Jakarta take over this task. They are trained in six workshops.

The project "Strengthening the Decision Support System of the Indonesian Tsunami Early Warning System" is funded by the Australian Foreign Ministry with about 120,000 € from May 2015 to March 2016. 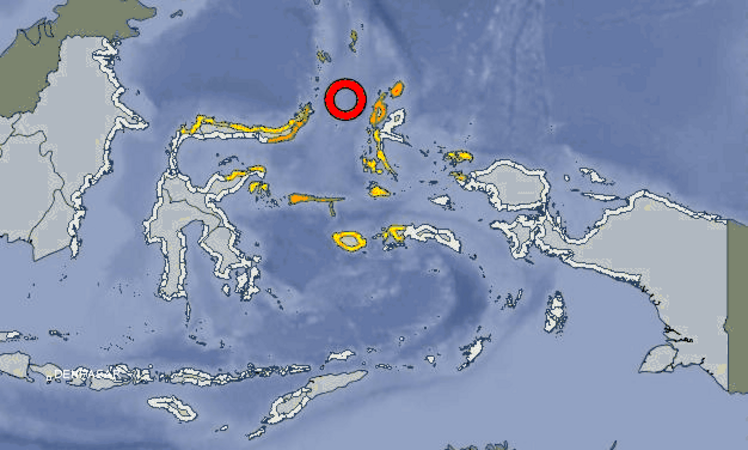 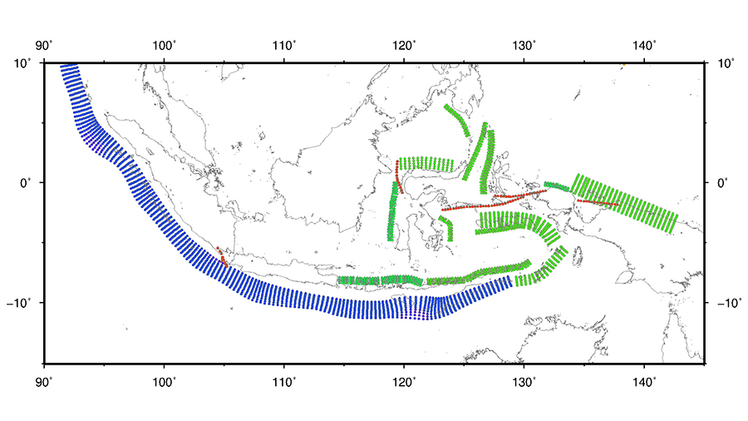 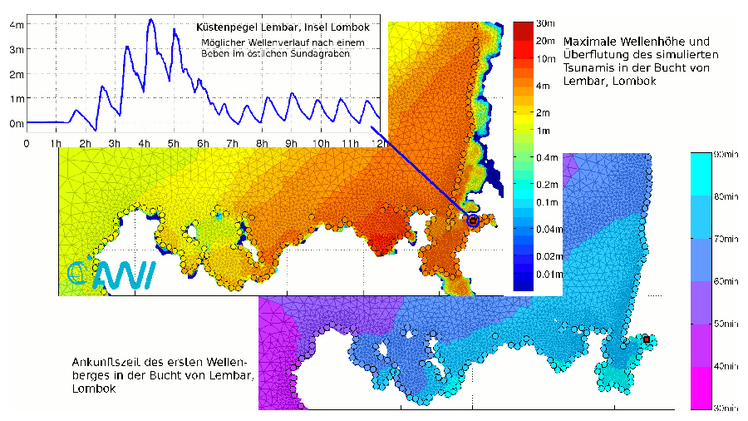 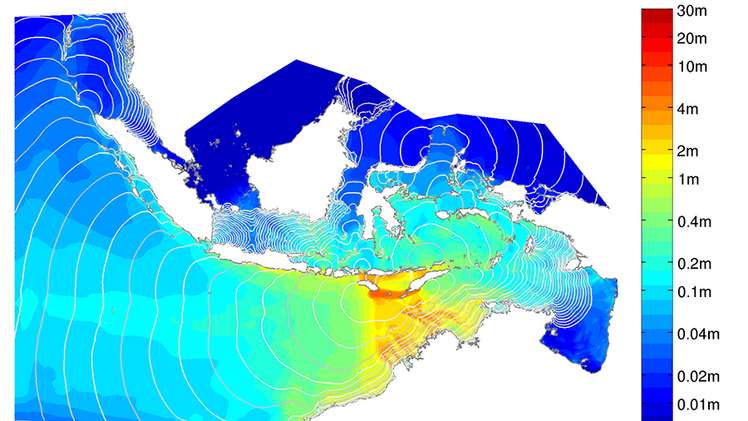 How vulnerable is the coast of Bali? Tsunami Simulations for Indonesia
“Tempat Evakuasi Sementara” saves lives during the tsunami
Picture gallery of the tsunami early warning system in the Indian Ocean

Infographic on tsunami
What is a tsunami?