In close vicinity of the popular travel destination Pucón in Chile, Villarrica Volcano erupted on Tuesday, March 3, 2015. Thousands of people were evacuated. 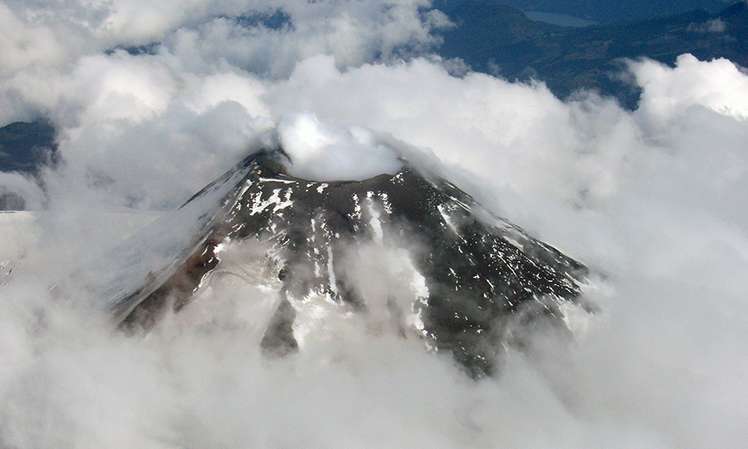 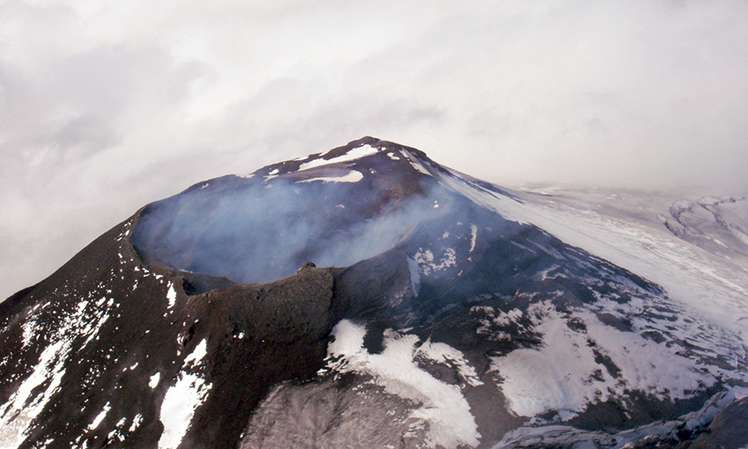 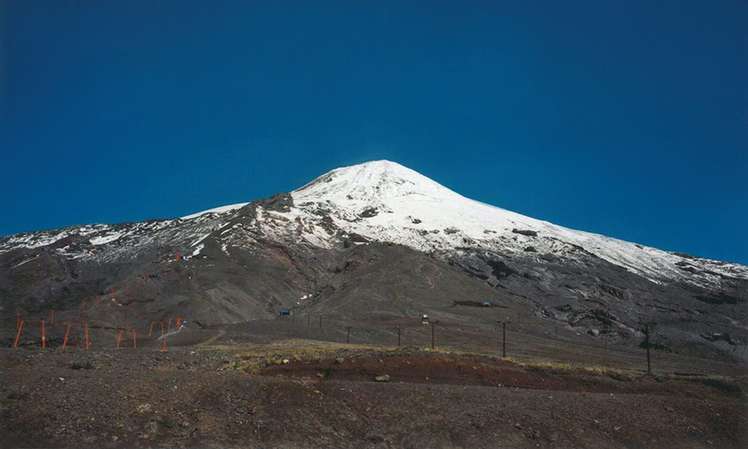 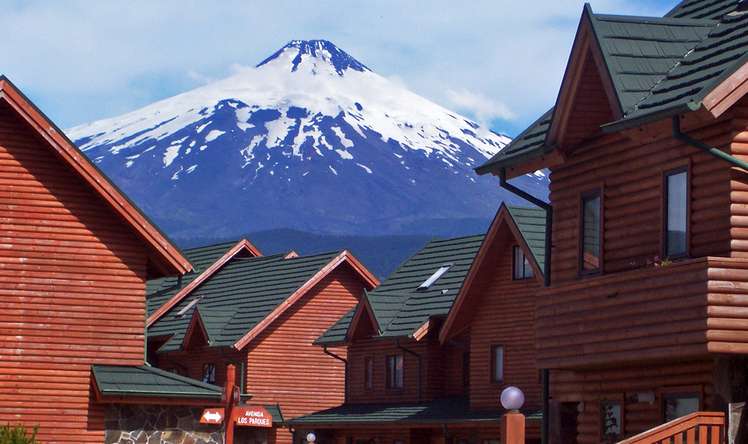 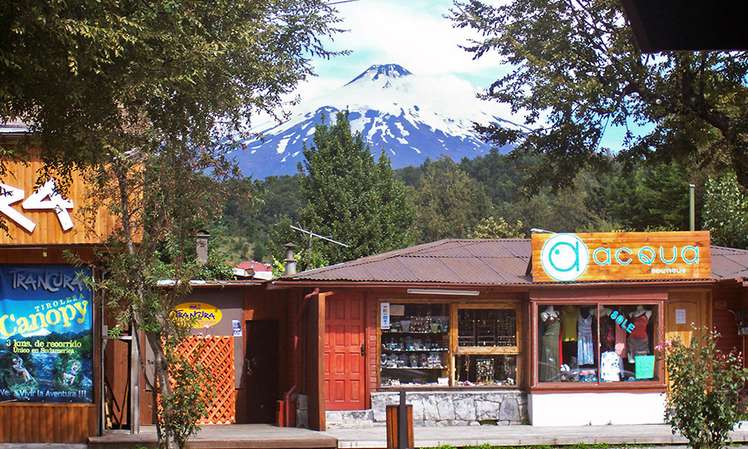 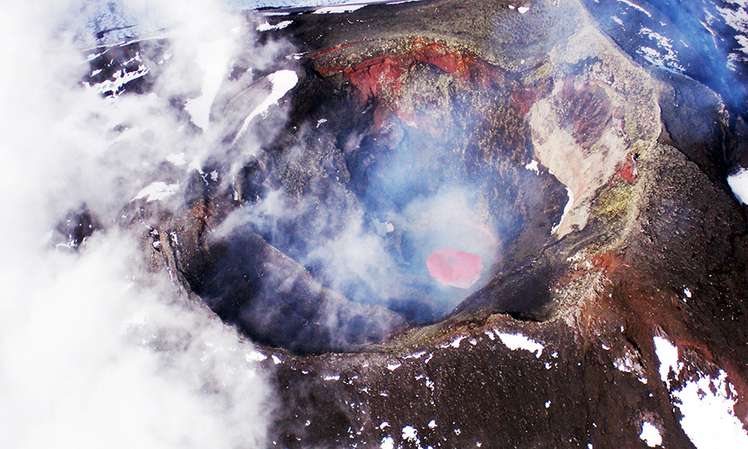 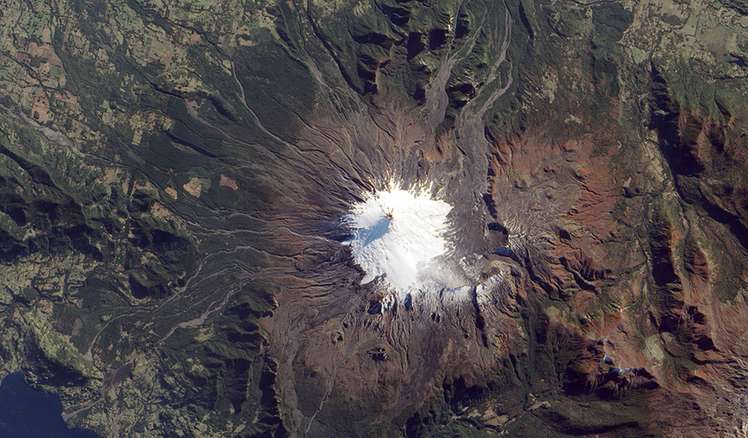 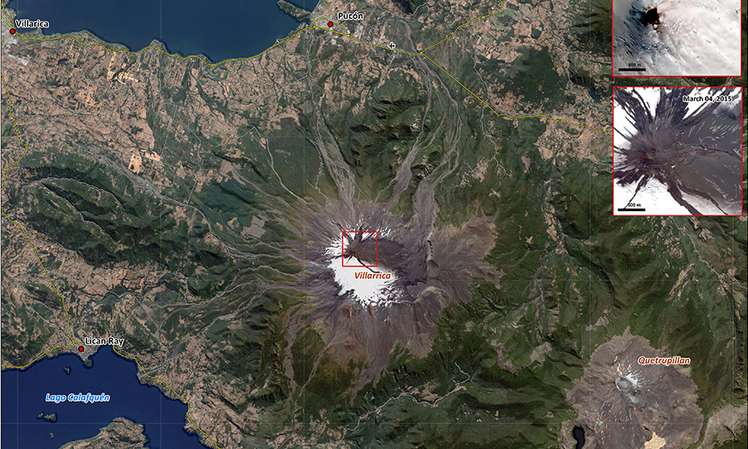 In the early morning of March 3, 2015, life got into a state disorder in the city of Pucón in southern Chile. An eruption column of three kilometres height formed above Villarrica Volcano, accompanied by strongly elevated seismic activity. The Chilean Geologic Survey, Sernageomín,instantaneously issued the highest alert level. According to information from the Chilean Ministry of the Interior, 3,000 inhabitants were evacuated as a precautionary measure.

Villarrica Volcano is one of South America's most active volcanoes. It is located about 760 km south of Chile's capital city Santiago de Chile, and in the immediate vicinity of the cities of Pucón and Villarrica. The area is a popular destination for tourists. Because of the attractiveness of the region and the related vulnerability, Villarrica Volcano is permanently monitored with seismic stations by the Chilean Volcano Observatory of the Southern Andes (OVDAS). Besides the seismic network, temperatures are being measured, the silent sulphur degassing is recorded by remote sensing techniques, while webcams detect deformation of the volcanic edifice.

Several DOAS instruments (differential optical absorption spectrometers) are installed around the volcano. They are operated by scientists from GEOMAR, Helmholtz-Centre for Ocean Research Kiel and from OVDAS. DOAS is a device that detects gases in the atmosphere, even if particular gas species are only present in trace amounts. “Our instruments already reported elevated sulphur levels in the week before the eruption. Integrating this current observation with our experience from previous eruptions, the change in the gas release signalised volcanic unrest. This clearly pointed us to expecting a new eruption”, GEOMAR volcanologist Dr. Thor Hansteen explains. “Our network is part of the early warning system, and we are happy that we could contribute to preventing any claim of lifes or harm. We feel rewarded for our efforts.”

Villarrica Volcano is part of the Pacific Ring of Fire – the large subduction zone that extends around the Pacific Ocean and drives strong volcanic activity along its margins. Volcanism in the Chilean Southern Volcanic Zone is fed by subduction of the Nazca Plate beneath the South American Plate. Underneath Villarrica, a big fracture zone on the incoming plate transports large amounts of fluids into the system. These fluids are released at depth, infiltrated into the overlying mantle wedge, where the promote the generation of melts. To ascent, magmas tend to use weakened zones in the Earth's crust as pathways. Villarrica is located at an intersection of two large, deep-reaching faults, easing magma rise at this site. During the past 120,000 years, a 2,847 m high volcanic edifice has built up through numerous volcanic eruptions, alternating between material accumulation at the top and multiple collapses of summit calderas. Today, its shapely cone with its crater, measuring 200 m across, accommodates a small, permanent lava lake with a diameter of 30–40 m. It is in a state of continuous degassing.

The eruptions of the volcano within the last 450 years range in magnitude between VEI 1 to 3 and are mainly of the strombolian type. Based on the time series of the historical eruption record, scientists from Kiel had determined the probability of an upcoming eruption.

If you are interested to know more about the research in Chile carried out by scientists from GEOMAR Helmholtz Centre for Ocean Research Kiel, here is a video.