Return to the Moon

Considerable financial and intellectual resources were invested to take humans to the moon. Immediately after this goal had been achieved, the Apollo programme was cancelled. This astonishing motivational low is, among others, due to the fact that there was an insufficient cultural understanding of the meaning of space travel and the flight to the moon. It is an open question if these days we have a better understanding than fifty years ago.

This time everything is supposed to be done differently. When, from ca. 2021 on, Americans, Russians, Indians, Japanese, Canadians, Europeans and many others are going to fly to the moon again, the mistakes of the first era of lunar landings between 1969 and 1972 are not supposed to be repeated. Then it was the first time that humans landed on an extraterrestrial orb. But despite all heroics, politics and society were not aware of what this meant, after all. Media attention declined, and the project was abandoned.

That giant leap for mankind, achieved by landing on the moon in 1969, was to fade soon in the time to follow. Ten years later, technology-critical media called the enterprise of space travel useless, a waste of tax money and energy resources. It had been, it was said, just a spectacle staged by the media.

In his posthumous essay “Schwache und starke Philosophie im Kosmos (Weak and strong philosophies in Cosmos) (Blumenberg, 1997, p. 415-418), the philosopher Hans Blumenberg reversed the burden of proof. He accused the critics of technology of having had an easy job of landing on the moon simply because it had been embedded in a “weak philosophy” characterised by sportive ambitions and the competition between nations, culminating in hoisting the colours on the moon.

The critics of the landing on the moon, Blumenberg said, had adapted this embedding in a weak philosophy without being aware that also a “strong philosophy” would have been possible which would have had the capability of turning the success on the moon into a label of the epoch.

It is Blumenberg´s thesis that a strong philosophy of space travel can only appear in the shape of a philosophy of history, and he refers to Hegel´s “alliance with the world spirit”. In terms of historical science, his thesis is plausible to a certain degree, as after all many of the great pioneers of space travel, as far as to Wernher von Braun, had been influenced by an incredibly wide historical horizon.

Although rather meant in the sense of Friedrich Wilhelm Joseph Schelling, the idea that human history is a continuation of natural history was widespread among the pioneers of space travel. Crucial in this context was the idea that the process of human self-liberation started already with the development of nature. Already the emergence of life as such, it was believed, is connected to a liberation process, which becomes particularly obvious by the development of the locomotory organs and the thus connected increase of “free mobility” and independence of the ground.

Accordingly, emancipation from Earth, as it finds expression by space travel created by “man” as a technological being, had to be perceived as a consequence of this natural process. Consequently, the space travellers were considered the representatives of life in the extraterrestrial space and not only the representatives of mankind. Thus, space travel was understood as an expansion of life itself, happening as a result of the tool of intelligence which had been created by nature in the form of man. Thus, the immaterial energies of the human spirit were considered a natural, evolutionary power.

For example, Max Valier, one of the pioneers of space travel in the 1920s who also wrote philosophical texts, noted: “Never can man be satisfied with what has been achieved or what is achievable, since times of old he has been driven by an innermost force to attempt the seemingly impossible. And indeed, there is nothing unnatural with this. After all, this striving is just the lively expression of our nature, longing for unfolding our way of being in an ever higher and more complete way, and trying to achieve this by constantly extending our mastery of nature.” (Valier, 1925, p. 5). Philosophically seen, Valier´s point of view might be characterised as an essentialist anthropology of space travel, rooting the essence of man in a naturalist way.

The lunar landings were cancelled in 1972. Today, fifty years later, everybody wants to go back. Both state-run institutions of space travel all over the world, the start-ups of New-Space, the universities and meanwhile also many renowned artists have worked out ambitious lunar projects. In 2021 at the latest all those different activities are supposed to be started, to build a Moon Village at the end of the day, which is supposed to be made of regolith, moon dust, by help of 3D printing. And this is meant for humans, not for robots, for robots would not need any Moon Village.

The Institut für Raumfahrtsystem (Institute of Space Travel Systems) of the TU Braunschweig is at the cutting edge. In the context of the MOONRISE project, a cooperation with Laser Zentrum Hannover, a moon laser is being developed which is supposed to process regolith for 3D printing. In 2021 this technology is supposed to fly to the moon, in the context of the first lunar mission of the Berlin NewSpace enterprise PTScientists. In their press handout it says:

“Specifically, the scientists from Braunschweig and Hannover want to melt regolith on the lunar surface in a controlled manner using their laser system. After cooling, it is a solid body that would be suitable, for example, as a building material for the ‘Moon Village’, the vision of the global village on the moon as an outpost in space. The targeted melting into predefined structures is monitored and recorded with high-resolution cameras. The findings from the experiments will have a fundamental impact on exploratory missions in general. If the experiment succeeds on the moon, the MOONRISE process can be scaled up to produce larger structures. Thus, in the long term, whole infrastructures such as foundations, paths, and landing surfaces could be built using the MOONRISE manufacturing technology.“

Richard Buckminster Fuller in his study “Operating Manual for Spaceship Earth”, published for the first time in 1968, where he extended cybernetic systems theory by his own synergetics, came to a similar conclusion. To be able to record development processes on earth, which resulted in space travel, among others, he distinguished “physical energy” from “metaphysical know-how” as the two main sources of synergetic progress.

This way, in addition to material factors, he introduced an ideal factor into systems theory which he believed to be crucial. It is essentially this ideal factor to which there also belongs the development of mathematical structures of nature (one of the foci of biologic topology) which has enabled the system of Earth to produce the technology of space travel.

For Blumenberg, the weak philosophy of the Space Race was the reason why such philosophical dimensions of the landing on the moon in 1969 did not really arrive at the mainstream and were particularly not spread among the criticism of technology and culture of the 1970s, 1980s and 1990s. In other words: one had arrived on the moon, but one had not understood what that meant.

This is also the opinion of Günther Anders, who used to understand himself as a machine breaker (Anders, 1982, p. 298) and would originally have been counted among the “kulturkritische Glosse” (culture-critical polemic comment) which Blumenberg criticized so much (Blumenberg, 1997, p. 415). In 1956 Anders had published the still today much read culture-critical contribution “Antiquiertheit des Menschen (Outmodedness of Man)”.

For Anders, the main problem of evaluating the landing on the moon was that at that time people had not been able to stand up to this great event. In his book “Der Blick vom Mond (View from the Moon)” Anders gives expression to his fascination by the landing on the moon, “arguably the greatest adventure mankind has been daring up to these days – for this is no exaggeration” (Anders, 1970, p. 81). At the same time, however, he is disgusted by the mediocre way of reacting to it. In a parochial way, he says, the TV watchers had made the Universe a third piece of furniture, between record player and cupboard. The astronauts themselves had turned out to be no less small-minded. Being one-thousand kilometres out in space, they had no better idea of spending their leisure time than listening to the Baseball results of their hometown (Anders, 1970, p. 73).

What Anders did not like about the attitude of his contemporaries was less their lack of understanding the epochal significance of transcending the earthly. Rather, his sarcasm was aimed at the ignorance preventing a deeper understanding of the existential significance of the view back at Earth. For the first time it was possible to watch Earth hovering within the infinite, as a shipwrecked buoy swimming in the ocean of space: Earth as the flotsam and jetsam of Universe.

In Ander´s eyes, what was happening was elevating yet at the same time humiliating, indeed traumatic: the Copernican revolution becoming sensual. What we had known since Copernicus, that Earth is just one orb among many, that the Universe is not at all central, and that together with geocentrism also anthropocentrism falls, was something we just knew but never perceived, which was why we were able to suppress it. Now, however, this became really visible for the first time, at least through the eyes of our outposts in space. With all the media hype, however, this new, existential way of seeing things got lost again. For Anders, also the reversed view, at the Universe, was perceived only very narrowly. Taking up a Romanticism definition of the philistine, he identifies a “lacking interest in what is far away” (Anders, 1970, p. 73).

Like Anders, we may identify the insufficient cultural and meaningful reflection on the technologically successful landings on the moon as one important reason why the Apollo programme was quietly abandoned. Anders recognized this as early as in 1970. Since then, hardly anything has changed, for up to this day space travel has only scarcely been reflected on in terms of philosophy, literature and the science of art. Anders claimed that language had been insufficient for giving expression to the enormous, which otherwise had allowed for aesthetic and semantic depth; he even assumed limited perception: “I believe it to be most likely, and the quoted statements support my assumption, that those involved in space enterprises are not only unaware of what they are experiencing but that actually they do not experience anything or that their experiences do not correspond to what they ‘experience’” (Anders, 1970, p. 86).

The billionaire Yusaku Maezawa intends to start to the moon in a SpaceX BFR rocket in the coming decade, taking artists and literary people with him (Zips, 2018). We may be curious about the outcome of this experiment. Which kind of language, which kind of images, and which kind of artistic expression will this new group of space travellers find for their experiences? Which kind of cultural stimulation will be triggered by this experiment?

Meanwhile the institutions of space travel seem to have recognized the problem of insufficient funding for the cultural framing, as by way of workshops and funded art events the cultural aspect of space travel is supported – although the appropriate approaches are still rather tentative and little systematic. Given the still common interpretative weakness when it comes to the phenomenon of “space travel” which was worked out by authors such as Blumenberg and Anders, we should not forget to support the return to the moon by help of strong arguments. The flash in the pan of the Apollo missions should be stark warning.

Texts, pictures and graphics, unless otherwise noted: eskp.de | CC BY 4.0
eskp.de | Earth System Knowledge Platform – the knowledge platform for the "Earth and Environment" research field of the Helmholtz Association. 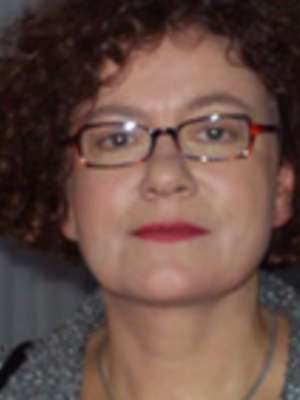