The North Sea is no longer a natural sea

What do we know about the North Sea? How is the shelf sea currently changing? How are humans impacting the coast and the coastal sea? The new CoastMap App developed by the Helmholtz-Zentrum Geesthacht (HZG) wishes to provide a comprehensible picture of interdependencies and to convey the various research areas in which the Geesthacht coastal scientists work into a vivid and exciting expedition. The influences to which the North Sea is exposed are extremely complex. And they change rapidly. These changes include winds, currents, waves, and sea level as a result of climate change. An important basis for this is HZG’s COASTDAT data set. COASTDAT can display the sea state from 1958 to today, allowing us to create a virtual North Sea for the past fifty to sixty years. The North Sea is also on its way to becoming an industrial zone. The burdens constantly placed on the North Sea by human activity are extremely complex.

Precipitation, for example, deposits large quantities of mercury from the air into the sea. This mercury comes from burning coal and waste. The North Sea is also one of the most travelled water bodies in the world. The ships here emit large quantities of soot particles, nitrogen oxides and sulphur dioxides, which are deposited into the sea from the air. In addition, input from industry and agriculture is carried by rivers towards the sea. Beyond the Wadden Sea’s protected zones, a race virtually exists in which industrial branches are vying for the greatest claim to utilisation of the North Sea. Is it the offshore wind industry, which alone could build up to 9000 wind turbines in the German economic zone of the North Sea? Or is it the fishing industry, which can no longer pursue its activities in the wind park regions because fishing is prohibited there and they must look for fishing grounds elsewhere? What happens if large quantities of sand are removed from the coastal region for construction purposes? With the CoastMap App, users can ride in a digital elevator from the atmosphere down to the bottom of the sea and appraise their understanding of the North Sea.

There is still much to explore beyond the romantic view of the coast, the Wadden Sea, the beach and dunes. In the well-known Resonator Podcast, Prof Kay Emeis from the HZG remarks that from the view of research, the North Sea has ceased to be a “natural sea a long time ago.” It has been exposed, in fact, for more than one thousand years to many anthropogenic (human-caused) influences. The utilisation of the North Sea has been constantly increasing, from constructing dykes, to mussel fishing to modern tourism and extracting fossil and renewable energies.

And climate change is altering the sea again. The water temperature is rising in the North Sea to a greater extent than all predicted prognoses. What consequences does this have for the marine ecosystem? Does it result perhaps even in a "regime shift”, a precipitous shift in the marine ecosystem? The CoastMap App invites North Sea fans and those interested in science to a journey of discovery – from the mouth of the Elbe to Helgoland to the edge of the Dogger Bank, the largest sandbank in the North Sea, far out at the edge of the German Bight. Here heavy equipment is used in the hunt for tasty flatfish and each year about one-third of the seafloor is ploughed with bottom trawls. This is something even North Sea enthusiasts usually don’t know. 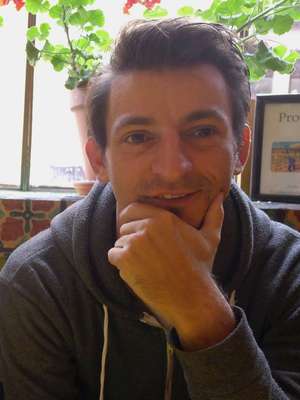