Developments and changes in marine biodiversity

Biodiversity is of great socio-economic importance. Above all, fishing and tourism are determined by biological diversity.

Biodiversity, in other words species richness and density within an ecosystem, plays a key role in the functioning of a system. Within an ecosystem, intraspecific and interspecific diversity (diversity within a species and between species) is very important for the functioning its functioning. Diversity in general is also crucial for the resilience of the whole system, or its ability to recover after its equilibrium has been disturbed. In this respect, biodiversity is not only of academic but also of socio-economic interest.

In science, a distinction is drawn between different terms in the field of biodiversity:

Long-term (and spatially extensive) changes in marine biodiversity, resulting for example from warming, acidification or pollution of the water, can considerably impair these ecosystem services. The changes can occur very abruptly (so-called “regime shifts“) and result in a complete reorganization of the system. Already very well documented are for example long-term shifts from fish to gelatinous plankton, with negative effects for fishing, tourism and the food industry. Such catastrophic shifts have occurred in the Black Sea and the Caspian Sea as well as in the Mediterranean Sea. In the North Sea this has not yet been observed to the same extent. However, future developments will only become tangible through regular monitoring. Further expected signs of future shifts could be an increased occurrence of pathogenic bacteria and/or harmful algal blooms in the North Sea to name a few examples.

Marine immigrants can contribute to biodiversity

As dramatic as the changes already observed may be, it is nevertheless often difficult to judge how what, if any, their long-term impact will be. In plankton, for example, there are several historical examples of immigrations, which are now normal components of the local food web, e.g. the diatom Odontella sinensis. This may be due to the fact that animal predators such as fish slowly adapt to a new prey. Recently a relatively new addition to the species repertoire of the North Sea was identified: the diatom Mediopyxis helysia. Initially, this species was considered to have a very high invasive potential due to its rapid growth. However, only a few years after its initial discovery off Helgoland it has been demonstrated to be a source of nutrition for crustaceans. For this rea¬son it is doubtful whether this species really will have a lasting adverse impact upon the marine eco-system of the North Sea.

A similar example is the seaweed Sargassum muticum. Although it has immigrated into the Wadden Sea island of Sylt and the danger exists that it might displace other types of seaweed, it also functions  as a habitat for juvenile fish and invertebrates and thus even contributes to increasing diversity.

How long-lasting or short-lived such changes are and whether they have negative or positive effects on the ecosystem also depends on the functional diversity of a system. A further important factor is genetic diversity. With several types of plankton it has already been established that this diversity can be very high and that different clones can also have different physiological characteristics which could give the species a greater capability to survive environmental fluctuations. These aspects of biodiversity require further intensive, long-term investigations, which can only be adequately investigated using an interdisciplinary approach using physiological and molecular studies.

As coastal areas in particular are becoming more and more densely populated, the need for information facilitating the evaluation and classification of the state of ecosystems that can  to contribute to an assessment of the socio-economic effects of biodiversity shifts is also increasing. This is difficult, as there are no generally applicable descriptors for the evaluation of ecosys¬tems. Several factors are therefore very important for such evaluations:

The necessary interdisciplinary, long-term approach with regard to research into biodiversity change necessitates an efficient archiving of the collected data. All the data (including long-term data) concerning a species or a region, regardless of whether molecular, experimental or even taxonomic, have to be linked so that they can analyzed simultaneously. There already exist a large number of database systems which cover part areas. The Hustedt and PLANKTON*NET  databases make available already georeferenced taxonomic plankton data.

Some of the planktonnet data already serve as metadata for numeric time series data in the Pangaea database. The planned information system DIVERSE will also summarize molecular data and analyses so as to be able to characterize the species composition, particularly for the area of phytoplankton as well as functional genomics, with regard to specific stress factors. 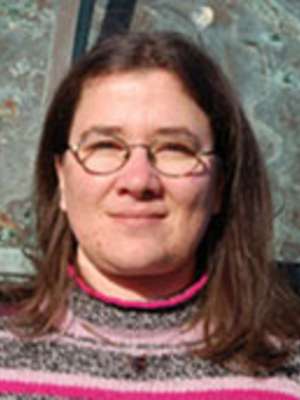