In an interview with ESKP Dr. Christian Siebert talks about sinkholes, the current situation and the future of the Dead Sea. 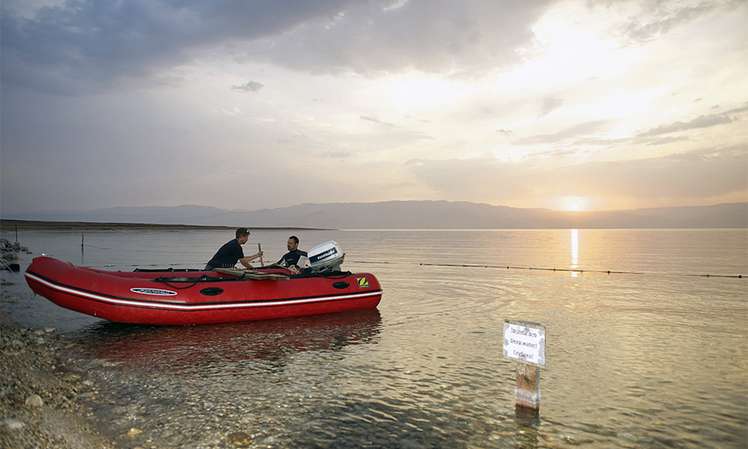 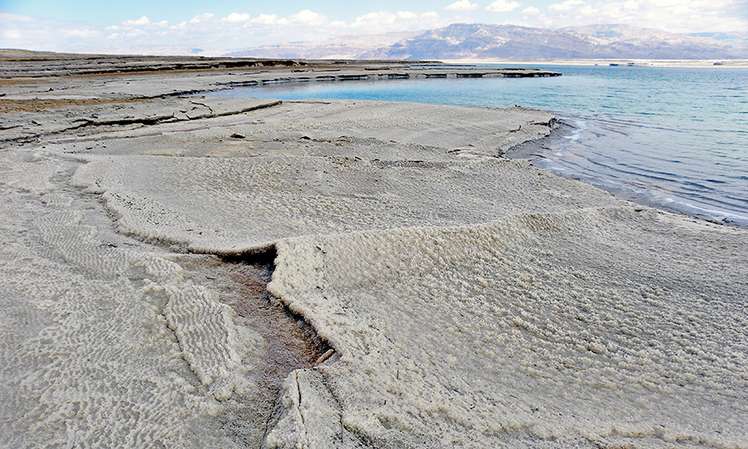 The Dead Sea dries out. The water level has been falling for years and the fresh water resources in the catchment area of the Dead Sea go back. A central question for Siebert from the Helmholtz Centre for Environmental Research (UFZ) is to clarify the relationship between the decreasing sea level and the groundwater feeds.

Although hydrogeological processes at the Dead Sea are studied in a morphological and extreme climatic area, the results obtained can be very well applied to other areas. In the project "Dead Sea Research Venue - DESERVE" key processes of the regional earth system of the Dead Sea region are explored in a multidisciplinary approach. It establishes an earth scientific, transnational research and education network and formulates reports about the sensitive relationship between ground- and surface water and natural hazards under observable climatic and environmental changes.

Mr. Siebert, is it possible that the Dead Sea isn’t existing anymore in 50 years?
No, the Dead Sea will still exist in 50 years but supposedly even smaller than it is today. Even though it will be more and more difficult for the evaporation as the salinity increases further.

How much is the water level falling each year?
On average, a little more than one meter per year.

Can you help to prevent or to stop this development?
We can’t intervene directly, but we can provide the facts and background information why the water level of the Dead Sea decreases much faster now than before 1960, when the increasing population of Israel, Palestine and Jordan started to intensify the use of groundwater, but particularly of surface water resources as the rivers Jordan and Yarmouk and the Wadi runoff in the surrounding of the Dead Sea.

Our research refers to the current situation and how the different water bodies react on climatic conditions and the human exploitation  and how they interact with each other in time and space. For instance, due to their hydraulic connections, following the Dead Sea level, also the groundwater levels in the surrounding aquifers falls and briny waters emerge from deeper parts of the earth.

Such information are required for decision-making authorities and boards and can move the management of resources in the right direction with the appropriate political will.

Can you explain the impact of the sinkholes that occur at the Dead Sea?
Sinkholes are collapse structures and are observable almost everywhere along the Dead Sea shore wherever the former sea ground is now falling dry. The reason is fresh groundwaters and flash floods from the mountains dissolve easy soluble minerals like rock salt in the subsurface. Such minerals occur within the sediments, forming its lake bed, sometimes even in form of thick beds. Although the lake sediment is generally very clayey and therefore difficult or impossible to pass for groundwater, the fresh waters from the mountains find their way into the Dead Sea.

The permeability is enhanced, wherever Wadis flow into the Dead Sea. At their inlets alluvial fans with coarse materials like sand, gravel and boulders interfinger with the clayey lake bed. This fact increases the so-called hydraulic conductivity of sediments.

While passing the subsurface, the soluble minerals are leached and carried away by the flowing groundwater. This creates underground cavities whose ceilings can collapse – a sinkhole has formed. This can happen within minutes and areas of several meters in diameter can plunge into the depth. These phenomena are obviously dangerous and can particularly threaten the existing infrastructure.

What is the goal of your research regarding these sinkholes?
My interest in particular is, whether such sinkholes can be correlated to the amount and composition of groundwaters which has led to their formation and to the composition and structural integrity of the subsurface. From that, I would like to deduce on the spatial heterogeneity and temporal dynamics of the underground flow network.

Why is your work at the Dead Sea a special challenge and how is your work "affected" by the political realities?
The general conditions in such a sensitive area are not always easy. Every action, every move that you make must be agreed by the military - otherwise it can lead to unpleasant incidents. As our experimental subject is trans-boundary, the work is aggravating for many reasons: to get from one side to the other can take forever due to cumbersome border crossings. Data research need to be done in various agencies, offices, NGOs (editor's note / non-governmental organization) with different rules and determinations. A stable basis of trust with colleagues and public dignitaries must be realized in each of the countries. And finally, security policy regulations and the ltent crisis beiween Palestinians and Israelies hinder workaday life.

You work with Israeli, Jordanian and Palestinian experts and your colleagues from the Karlsruher Institute of Technology and the German Research Centre for Geosciences (GFZ). That sounds like a very complex study and extensive cooperation.
It’s a lot of co-ordination to handle common activities. After nearly 6 months, we were finally allowed and ready to build with the colleagues from Karlsruhe a 6m high monitoring station for measurement of climate parameters in an extensive reed area.

This is part of a monitoring network which has been built over the past 1.5 years all around the lake. With colleagues from Leibniz Institute for Applied Geophysics and GFZ we try to organise two joint field campaigns, one to serve the southeast of the lake to explore sinkholes on land and in water and the other is designed to make flow paths of groundwater visible.

What comes next?
We will start another intensive research campaign in late summer to study the submarine groundwater springs and their primary origin when no one really wants to work in the heat. During this time we can expect the best conditions for divers and for our echo-sounding/sonar rover with no wind and hence calm water and no turbidity. 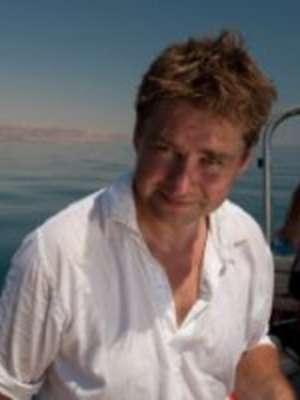