The importance of the oceans is discussed in Marrakech

The climate conference also focuses on the importance of the oceans. They store heat and CO2.

The 22nd World Climate Conference will take place from 7 to 18 November 2016 in Marrakech. Scientists from the Helmholtz Association also contribute and share their scientific expertise during the side event, where numerous scientific lectures and workshops are carried out.

We have discussed some aspects with respect to marine systems with Dr. Toste Tanhua from GEOMAR, Helmholtz Center for Ocean Research, Kiel.

The Ocean is a very active and important part of the global climate system. For instance, the ocean is storing ~93% of the excess heat absorbed by the earth. The "slowness" of the ocean in absorbing heat to the interior means that, even if we stop emitting CO2 now, the upper ocean will continue to heat for decades and the deep ocean for centuries. In addition, annual and decadal variability in the ocean modulate heat flux to the ocean and affect short-term climate phenomena that are important to understand, and predict – with huge health and economic implications. A "fit for purpose" observing system of ocean heat (temperature) reporting to the world data system in a timely and regular manner is essential for climate services and mitigation needs of society.

Similarly, the ocean is storing ~30% of the anthropogenic CO2 thus mitigating the effect of the main greenhouse gas on earth's climate. It is however clear that the ocean cannot keep pace with the rapidly increasing CO2 emissions to the atmosphere so that the current annual storage rate is significantly less. Understanding the global carbon cycle requires observational based estimates of ocean uptake and storage of carbon that can only be achieved by a coordinated global observing system.

The ocean is a very large place (70 % of earth's surface) and many areas are very remote and far away from shipping routes so that observations from places like the Southern Ocean are scarce. Although most satellite missions have a global coverage, all ocean Essential Climate Variables (ECVs) cannot be measured from satellites, and almost no information on interior ocean properties can be remotely measured. Although some robotic systems such as the Argo profiling floats are now operational, they do only measure the upper half of the ocean, and few ECVs.

The importance of the Southern Ocean and the Arctic Ocean for the climate system, and the difficulty to obtain data from these areas, probably qualifies these areas to be of highest priority for increased observation, although places like northern Indian Ocean and southeast Pacific Ocean are other less-well observed regions.

UNESCO-IOC (The Intergovernmental Oceanographic Commission) is the United Nations body for ocean science. It is the highest level body for international coordination of oceanographic issues. My connection to IOC is primarily through the Global Ocean Observing System (GOOS) that is tasked with coordinating ocean observations on a global level. GOOS is structured around three expert panels: Physics, Biogeochemistry and Biology / Ecosystem that define requirements and provide guidance, while the Global Regionally Alliances work on regional scale implementation. GOOS feeds into the COP-22 process through the Global Climate Observing System (GCOS) a sister organization directly charged with climate observations.

On a global climate perspective, I am convinced that the most urgent task is to change from a carbon based economy to a sustainable society that emits significantly less CO2 and other greenhouse gases such as CH4; this includes burning of fossil fuel and other processes such as deforestation. That is obviously a political goal, but from a science perspective the only viable road towards keeping climate warming below a level that causes irreversible harm to the planet.

The focus of the Earthinfo day side-event that I attended is focused on climate observations: "Systematic observation of the status of the climate – atmosphere, ocean and land – enables the identification of climate change and associated impacts, and future trends. It is the fundamental basis upon which the UNFCCC was founded, the Paris Agreement was adopted, and decision-making at all levels on climate change mitigation and adaptation depend."

Maintaining and attaining global coverage of observations for (ocean) Essential Climate Variables is probably the most critical aspect of the observing system that is a challenge for the ocean domain, which I represent at this event. This is particularly difficult for variables that currently can only reliable be observed from research vessels; these are expensive to operate and can only provide limited spatial and temporal coverage. There is however a very exciting technical development underway towards robotic systems with new sensors for many under-sampled variables.

I was invited to speak at this event, which I accepted since it is a very good opportunity to relay important aspects of ocean observations for climate to policy makers.

I am hoping that the audience will be aware of the importance of climate observations, and the challenges that are associated with making them. I hope that, in the end.

This is the first week of COP-22 which is more "technical" than the second when the highest-level negotiators come and approve the work. On Monday November 7th 2016 all the UNFCCC subsidiary bodies will meet the day before, and I expect that (some of) the Parties negotiators (i.e. representatives of the countries) will be attending the side event.

One way is obviously through the side event in Marrakech, but more important is the document that we have been working on the last year, and that we hope will be approved by the COP; the GCOS Implementation Plan. This is a document that lays out the requirements and needs for a global observation system for climate. The document responds to the mandate from previous climate agreements and provides guidance for the Parties on the implementation needs.

More Information on the side event 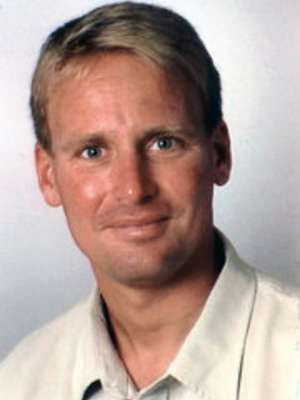